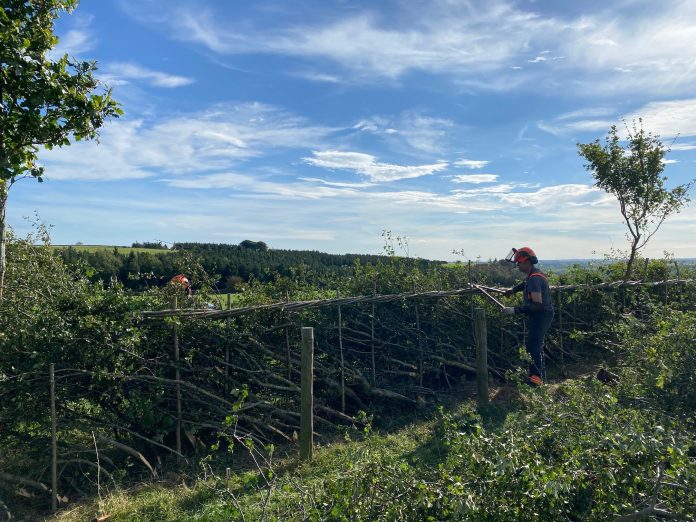 Traditional craftspeople can take part in an annual hedgelaying competition with prizes up for grabs.

The 23rd Durham Hedgelaying Competition is being held for the second year running at Houselope Grange Farm, in Tow Law, Bishop Auckland, on Friday 7 October, beginning at 9am and finishing at 2.30pm.

Durham County Council, which is part of the Durham Hedgerow Partnership, is organising the competition. Participants will be pitting their skills against each other to lay approximately seven metres of hedge, depending on which class they entered, in five hours.

Hedgelaying is an ancient art that was first recorded by the Roman general and statesman Julius Caesar nearly 2,000 years ago, when he described encountering thick, woven hedges in Belgium. Hedgelayers were respected craftsmen up until the 20th century, when the art was largely lost to mechanised hedge-trimming and barbed wire fences.

Hedgerows remain a quintessential part of the British countryside, recognised worldwide as a feature of the nation’s heritage.

The competition aims to promote a greater understanding and knowledge of the traditional craft and plays a crucial role in attracting newcomers to the profession.

Sue Mullinger, the council’s landscape delivery manager who is also chair of Durham Hedgerow Partnership, said: “Not only do hedges provide shelter and nesting habitats for wildlife, it is becoming apparent that hedgerows play an important role in carbon capture.

“Despite this, only about one in three hedgerows within the county are in good condition and hedgelaying is essential to preserving and regenerating these existing hedges. Hedgerows do such a great job in our battle against carbon that the government’s Climate Change Committee has called for the enhancing of, and overall increase in, hedgerows by 40 per cent to help meet its Net Zero target by 2050.”

The competition, which is free to enter, will host open, intermediate and novice categories.

Winners in each class will receive prize money and a trophy, while the second and third place finishers will be given prize money.

For further details about the Durham Hedgerow Partnership go to www.durham.gov.uk/haw