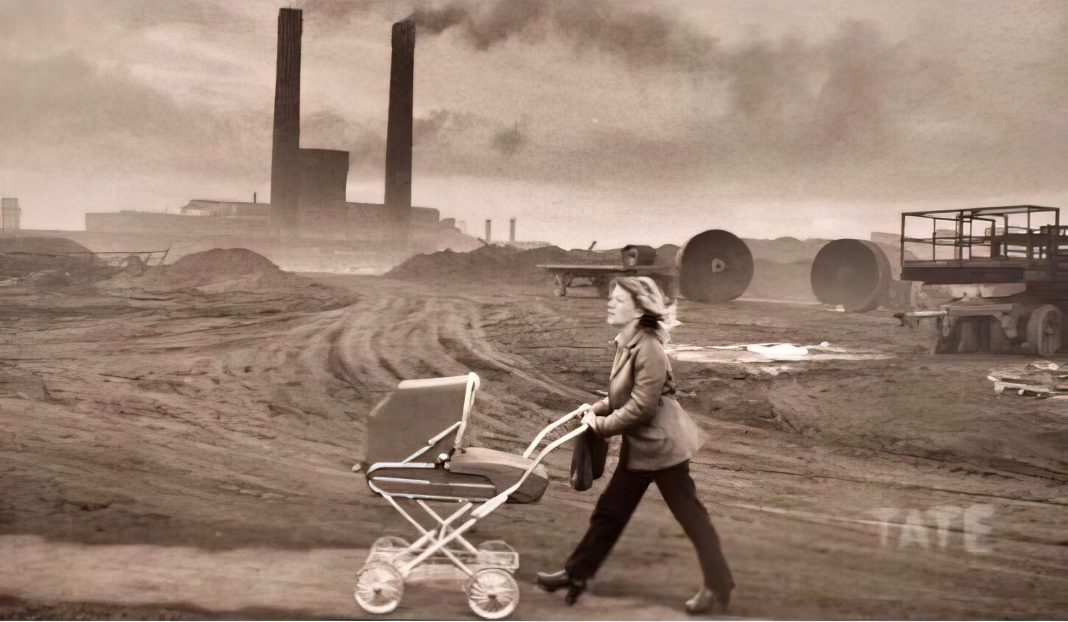 Consett Writers, who meet in the Library each Monday were delighted to be invited by Audrey Copeland to display some of their work at the Consett and District Heritage Initiative Exhibition, held in Consett Methodist Church Hall last month.

Along with other local groups and organisations the writers shared their memories of Consett and surrounding areas in prose and poetry, enabling us all to look at the past through different eyes.

It was good to see groups of school children showing a great interest in the history of the steelworks and their heritage, while examining the artefacts on display.

For those of us who remember ‘The Company’ and the mines, it was a trip down memory lane
to different times.

Here are some reminiscences in verse, remembered by my family and friends growing up in the centre of Consett, when ‘The Works’ were central to our lives.

Born in the thick of the night air’s smoke,
Under closed heavy clouds and carbonous coke,
Cradled and nurtured with soft lullabies,
Silver crossed pushed under molten red skies.

Blessed to a family with grit in their bones,
Hardened to work and the creaks and groans
of the giant ironworks, at the end of the street,
When she woke from slumber, she heard the feet –

of night time grafters padding their way
to a twelve hour shift, taking half their day,
A swift, ‘Good night’, and a ‘Stay safe pet,
your baits put up and the table’s set –

when you’re back in the morning, I’ll be up,
with a bacon sandwich and your favourite cup
of Ringtons tea; and the bed turned down,
leave your pay on the sideboard, the club’s due in town’.

Big sisters and brothers in the cold school yard,
Swap tales of candy cigarette cards,
Grumbling tummies getting ready for dinner,
Toad in the Hole is always a winner.

It’s time for a semi circled well scrubbed step,
After making sure the black path is swept,
A pan of potatoes, and the cabbage all chopped,
Minced steak prepared, with leek pudding on top.

Then, its belly bursts open and the rusty dust soars,
Mushrooming over the purple clad moors,
Settling calmly on Mondays washing,
Pegged out in the back streets, after possing.

The grime studded gutters lap up the noise,
As iron clad men who began, as just boys,
Rivet and fit, make their mark at the blast,
Ingots of steel in their moulds ready cast.

While sulphurous slag heaps glow bright at nightfall,
The rotten egg fumes permeating us all,
Blackened out boots reply to the sound
of clanking and banging as they stamp on the ground.

A pint in the stout house to relieve their dry thirst,
Before heading home and fearing the worst,
Then the news broke – eleven are dead,
These were the words they accepted with dread.

The rumble continues, the works do not rest,
as the red dust advances, being blown from the west.
The baby sleeps on in her flannelette bed,
Unaware of the others, with fears unsaid,

The mothers and wives and sisters all pray,
They won’t need to witness another replay,
Maintaining their care, to mend, save and borrow,
Hoping today, brings a brand new tomorrow.

Yet still they pad down, and up the dark streets,
Carrying haversacks full, of bread and cold meat,
to feed their broad shoulders, the men who must graft,
to forge Consett steel, robust to the last.