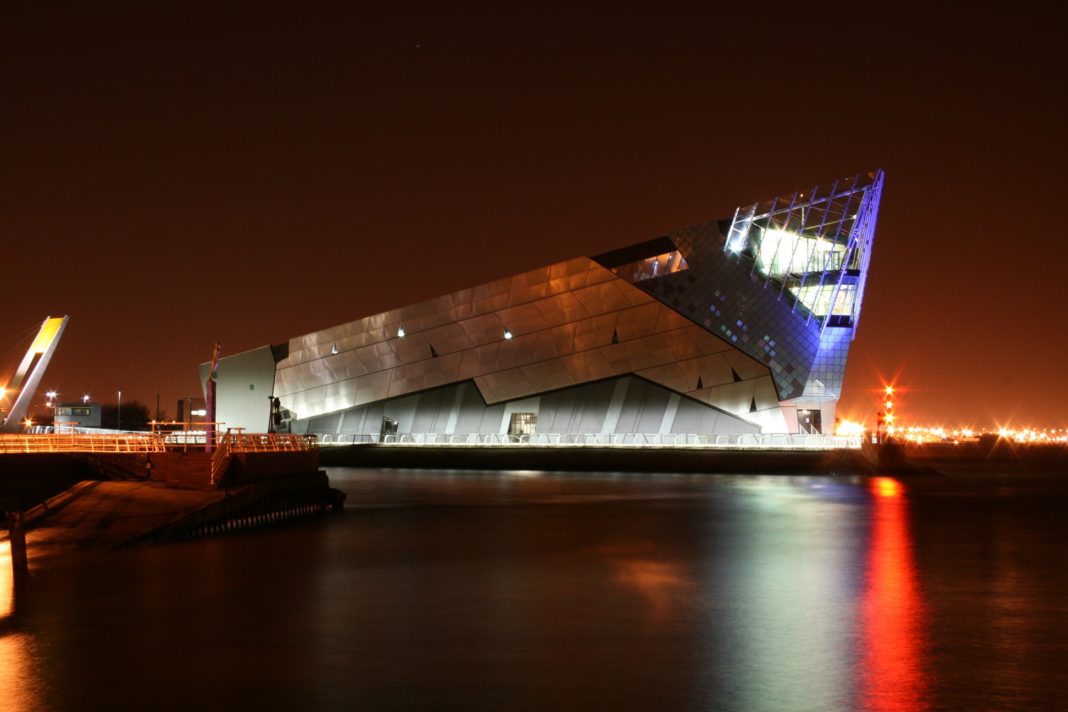 The UK City of Culture project was born out of the success of Glasgow and Liverpool which were European Capitals of Culture in 1990 and 2008 respectively.  The cultural buzz and economic momentum generated by these events inspired the Government to create the title “UK City of Culture”.  The award is bestowed on a city in the UK every four years; the scale is national but the focus is truly local.  First to secure the title was Derry-Londonderry in 2013, when Durham was not shortlisted.  For 2017, no north-east city entered, and Hull won.  On a recent visit to the city I picked up the 96-page brochure outlining the attractions and events for just the first three months of 2017.

Tony Todd, one of the Chester-le-Street station staff, and I were visiting the factory of Bemrose Booth Paragon which produces the majority of rail tickets throughout Great Britain.  We arrived by train from York, although it is possible to reach Hull via Doncaster or Leeds as well, and passed under the spectacular Humber Bridge which, when completed in 1981, was the longest single-span suspension bridge in the world. I parked my luggage next to the statue of Philip Larkin, famous poet and son of Hull, whilst we were waiting for our host to arrive at Paragon station to pick us up.  Hull lies upon the River Hull at its junction with the Humber estuary, 25 miles inland from the North Sea, with a population of 257,710. 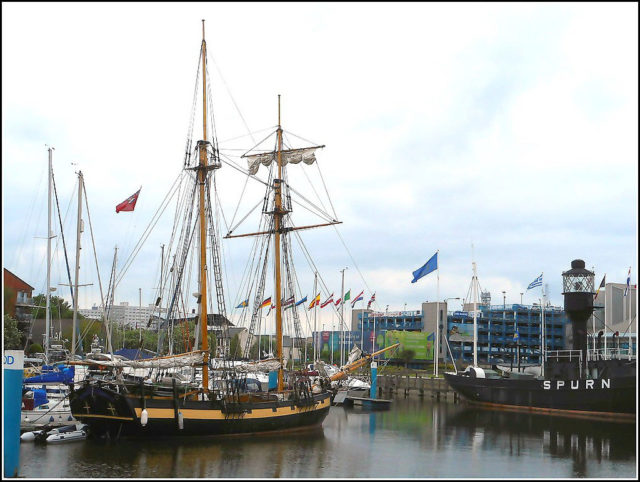 We were at the factory all day, so we missed the 3,500 fish, sharks and stingrays at The Deep, or learning about the City’s heritage in any of the eight free museums (including the Streetlife Museum of Transport and the Spurn Lightship) nor could we take one of the trails that wind through the city and marvel at the cobbled streets of the Old Town.   Additionally, two covered shopping arcades remain in the town centre: Hepworth Arcade, and Paragon Arcade. 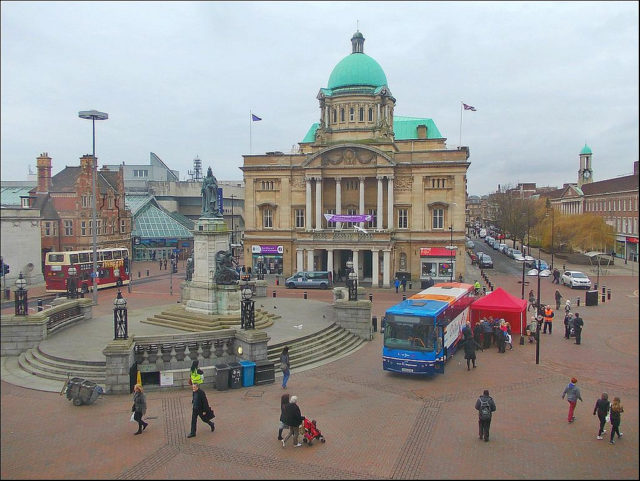 The town of Hull was founded late in the 12th century. The monks of Meaux Abbey needed a port where the wool from their estates could be exported. The exact year the town was founded is not known but it was first mentioned in 1193.  Renamed Kings-town upon Hull by King Edward I in 1299, Hull has been a market town, military supply port, trading hub, fishing and whaling centre, and industrial metropolis. Hull was an early theatre of battle in the English Civil Wars. Its 18th-century Member of Parliament, William Wilberforce, played a key role in the abolition of the slave trade in Britain, and it gained City status as Kingston upon Hull in 1897.  The city is unique in the UK in having had a municipally owned telephone system from 1902, sporting cream, not red, telephone boxes. 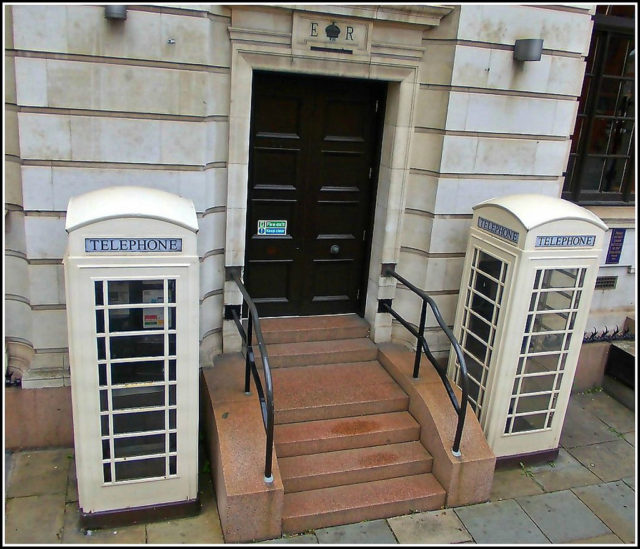 Ferens Art Gallery has been closed for major refurbishment works. It reopens early in January. Admission to the Ferens Art Gallery, including the Children’s Gallery, is free. It has a magnificent collection of paintings and sculptures and you can enjoy refreshments in the popular café, Venue Hull. It’s a great place for children to show their creativity.  With a regular programme of events, guided tours and changing exhibitions, there’s always something new to explore. The gallery’s permanent collection of paintings and sculpture spans artistic periods from medieval times to the present day. The collection includes European Old Masters, portraiture, marine paintings, and modern and contemporary British art. Highlights include masterpieces by Frans Hals, Antonio Canaletto and David Hockney.  I think more visits to Hull will be called for in 2017.