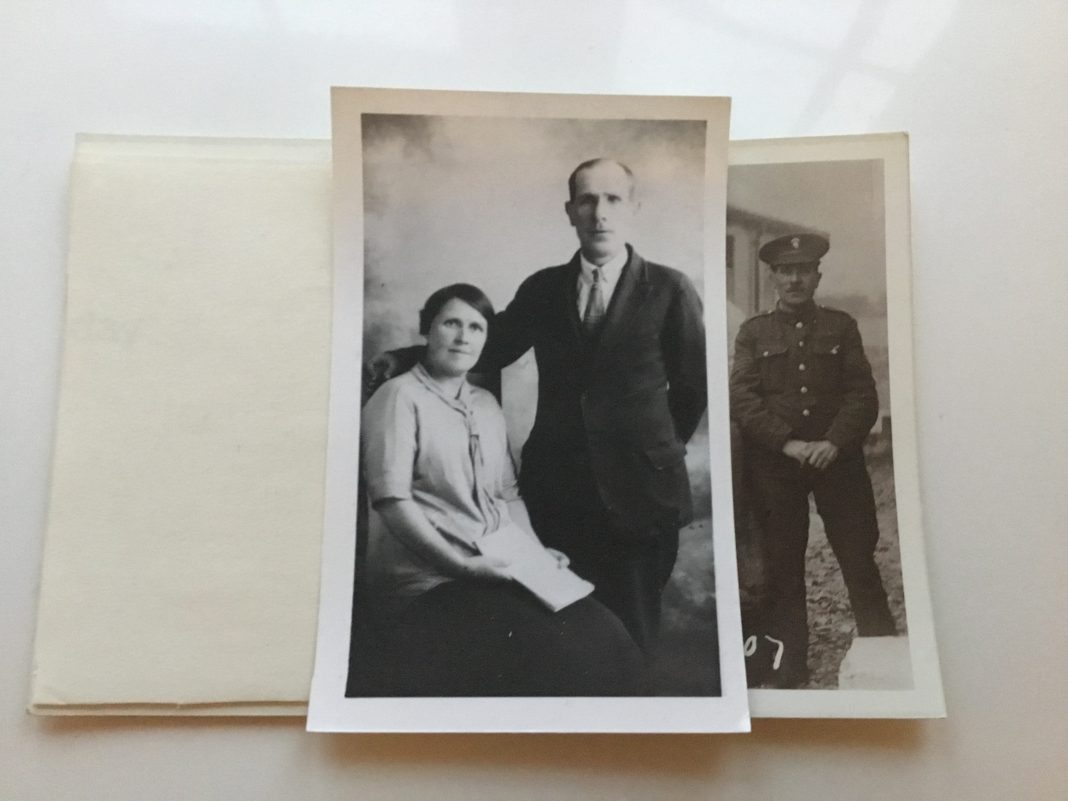 As told to us by my mother Kitty and my mother-in-law Sylvia, sadly now both deceased.

My mother who was born in Newcastle in 1914 remembers visiting her father in what must have been the Richard Murray Hospital in Blackhill ( the site is now a housing estate ) after he was wounded whilst serving with the Tyneside Irish regiment in France or Belgium in WW1.

My grandmother as I remember her was a fierce little woman ( 4 feet 11 inches in height ) and round as an apple.

She could neither read nor write having had to care for her siblings and cousins from an early age.

Some of them were eventually cared for by the Catholic Rescue Society which was based in Newcastle. Which coincidentally became my husband’s place of work as a social worker in the 1970’s. That organization is now known as St. Cuthbert’s Care.

My grandmother Mary Ellen had 14 live births including 2 sets of twins and 1 set of triplets all of whom died whilst only months old. This left her with 7 surviving children.

My mother remembered walking from the hospital with her parents into Shotley Bridge to catch a bus into Newcastle. Her father who was obviously now more ambulance, bought her a brightly coloured ball at the post office which she said was called ‘ Crinnions’.
Perhaps Brian Harrison may be able to confirm the owners name. My mother came to live in the area when she married my father Thomas who worked at Consett Iron Company.

My mother-in-law tells of her mother Adeline, who was the go-to person in The Grove before the advent of the NHS, in times of birth, illness or death.

During WW1, Adeline volunteered to read to wounded soldiers presumably at the Richard Murray Hospital.

Whilst during this contact with the wounded soldiers, she met her husband to be Tommy whom she later married. We think that he may have been a stretcher bearer.

He became my husband’s grandfather who recalls that Tommy used to dangle his trouser braces behind him and pretend he was a horse with my husband hanging on to the pretend reins.

A little bit more macabre, Tommy, a gentle giant of a man had two shrapnel wounds in his back which had been very roughly sewn up by no doubt extremely busy doctors at the front.

My husband recalls putting his finger into the holes!!

I wonder if my husband’s grandmother ever read to my grandfather.

How strange that life’s threads and events can maybe unknowingly join places and people together.