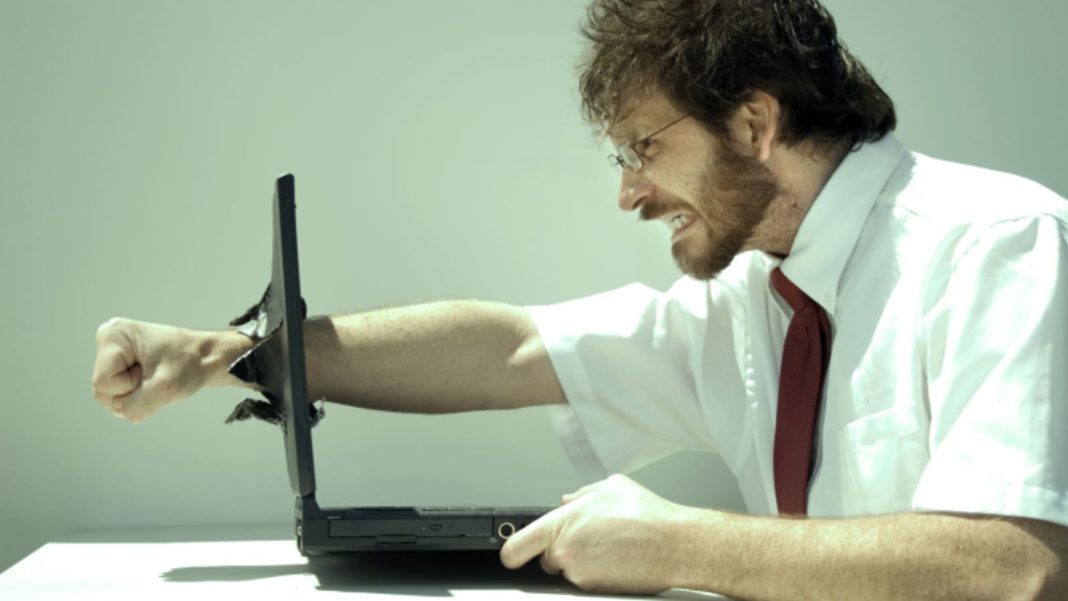 The dictionary gives two definitions of frustrations…. the feeling of being upset or annoyed as a result of being unable to change or achieve something. OR the prevention of the progress, success, or fulfilment of something.

Well no doubt everyone can identify with both explanations… and I am no exception! I am not technically minded and despite having a toolkit and drill, where I try to tackle DIY, I usually end up feeling that an expert should have done the job! Owning and working a computer has been a learning curve but one in which I can feel accomplished (up to a point!), unlike the beginner who, when a mistake was made, put tippex on the screen!

I bought a book through mail order called “PC made easy.” It promised to be the answer to everything I needed to know. When it arrived I filled in the forms to pay the bill. It stated that I had to pay “on line”……how daft can you get when the poor reader was still probably trying to work out how to switch on the screen!!!

Well sometimes the frustration has to be turned around and the only way is to laugh! I had a week of everything going wrong! I was in dispute with the Gas Board, British Rail and Customs and Excise. I also had trouble with the car dealer until they agreed to clean my new car and fill it with petrol and then, in the same week, I had trouble with the York Tourist Board!

I had phoned directory enquiries to pay for the privilege of being given a wrong number. When I phoned the given number, it was the Milk Board! but they did help sort me out and found the Tourist Board number for me. It reminded me of a similar incident where a friend phoned the RAC (Royal Automobile Club) to ask how much it cost to join. He was given a wrong number and got the RSC (Royal Shakespeare Company). When he asked how much it was to join, he was told that he would need an audition.

My friend offered them £90 but they wouldn’t hear of it! Can you imagine getting Othello to come out and rescue you on a dark lonesome road….or better still, perhaps Bottom would appear from A Midsummer Night’s Dream, with his donkey head, giving you a magic potion to get the car going again!!!! So perhaps frustration is in the mind of the person who gets upset….and perhaps turning it around and laughing at the situation is the best way to deal with life!

Is now a good time to sell my motorhome or caravan?...

Safety At Work: A Basic Guide