Home History The Hermit of Allensford 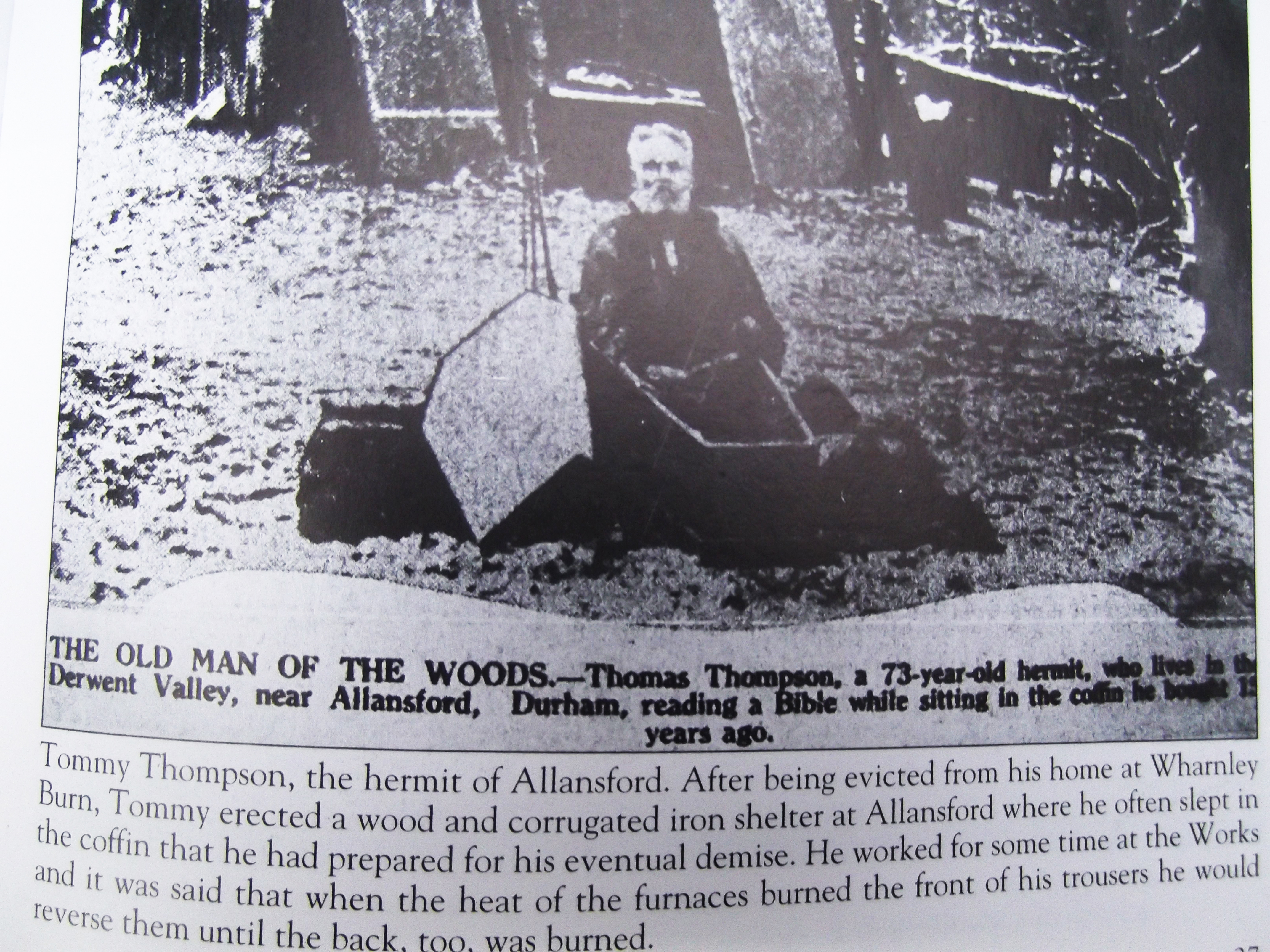 The hermit of Allensford, Tommy Thompson, was born at Stanhope about the year 1857. Tommy was sexton there for 20 years, later moving to the Consett area where he was employed in the steel works from 1900 until 1925, when he was displaced due to the depression in the steel trade at that time. It was while he was at Consett, that he took up residence in a small cottage at the south end of the bridge at Allensford. Later, when he was more advanced in years, he found the rent of the cottage too much for his scanty income, and Tommy was forced to leave.

Being an independent and rather eccentric sort of man, he chose to live the life of a hermit in the woods he loved so well at Allensford. 1929 found him living in a small corrugated iron hut near Hole House, his companions being a dog, three cats and six Chinchilla rabbits. His rent was two shillings a week. Unfortunately Tommy had a serious accident from which he was not expected to recover and his coffin was made ready for his funeral by a mister Milner of Consett Road, Castleside.

But Tommy was a tough character and survived against all the odds. Now that his coffin was made, he purchased it at a knock down price so as to not incur anyone any expense at his death. He kept the coffin under his bed, although for long periods he often slept in it as it was the warmest and driest place in his home. He finally passed away in 1934.