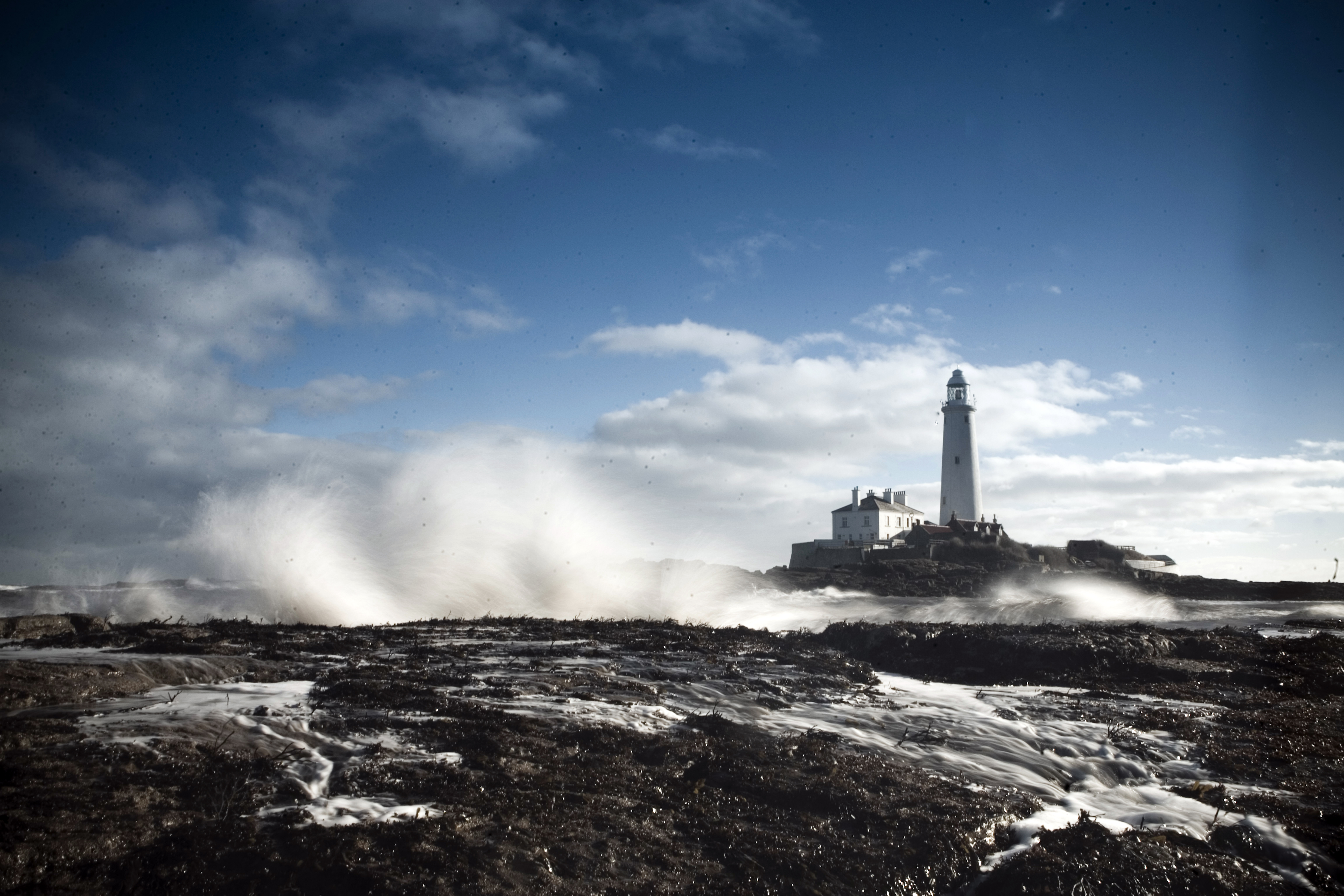 I awoke to the whistle of the wind through the extractor in my bathroom, my usual Saturday morning haze disturbed 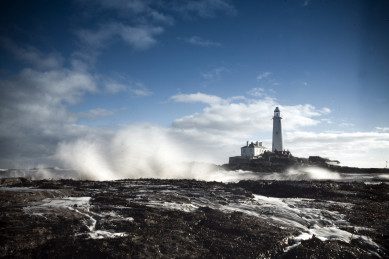 quite abruptly by the icy blast that has inflicted itself on my locality.  Blurry-eyed, I wander to my window to see another dusting of snow has fallen, as if a baker has been to work with a sieve and some icing sugar.

My photography has been on the back burner of late through horrendous weather and other more pressing commitments. I had, however promised myself a trip this day, but where was another matter altogether. I usually meticulously plan a photography trip so I’m not arriving blind which tends to lead to disappointment but today, I’m going out under-prepared.

I decide over my stodgy porridge that today I must photograph the coast; the raging winds and darting clouds promising some good seascapes. And after some thought I decide where specifically I must head – St Mary’s Island.

On arrival I was given less than a warm welcome from the wind; relentless in its attack on any exposed skin, this weather was truly bighting. I heaved my camera bag and tripod onto my back with a grown and headed off down the exposed road to the sea. I jump down onto the wet sand, rippled rock hard from the forgotten force of the last high tide, the remains of seaweed torn from its anchors and strewn across the beach like leaves in an autumn gale.

I wonder onto what appears to be a lifeless strip of sand and rock but experience tells me not to be so sure. A moment spent studying the rocks, pools and waterline exposes a raft of bird life, so well attuned to its harsh environment they’re barely visible, this colour chart of browns hiding them from all but the keenest eyes.

Oystercatchers busily scurried across the rocks, their vivid orange bill and legs giving a welcome break from the cool blues of the sea and the almost metallic brown of the wet, sea weed covered rocks, the near constant whistle of the wind only broken by the call of a majestic Curlew in flight, silhouetted against the low, watery sun.

But my attention is grabbed by another bird quickly going about its business; the Turnstone. These tiny little birds were a new one on me, but their behaviour was fascinating to watch, so busy, working almost in teams to comb the beach of all food.

I must have taken a hundred shots of these little birds; on their own and in groups, running across the sand and keeping watch from a large rock.

I press on, although fascinating to see, these little birds that winter here aren’t what I came for. I’m heading off the sand now and towards the rocks, somewhere that just a couple of hours earlier was covered by the sea itself and it shows, the rocks having a near polished finish to them from the constant abrasion of the tides. I gingerly make my way across the rocks, towards the head of this outcrop, the sound of the wind now accompanied by the crescendos of the breaking waves.

This environment is getting harsher and less hospitable with every step, the spray from the crashing waves making the already slippery surface even more ice like under foot. I pick the driest spot I can find and set to work.

My fingers by this point are beginning to suffer from the combination of no gloves, the biting wind and a metal camera body; every movement and adjustment I must make of the camera is almost arthritic in its nature – my decision to work quickly is made for me when the now familiar crash of a wave is shortly followed by the icy deluge of a breaker soaking me, but only strengthening my resolve that my efforts have to be rewarded.

I count the waves, waiting for the perfect break to give me the picture I could see in my mind. Shot after shot, not quite right. I need the sea to give my picture scale and drama in equal measure, to try and portray what I’m seeing and feeling; and I didn’t have to wait long…

To give you an idea of size the wave breaking here was probably nine feet high, dwarfing me and my camera. Although I feel it gives the scene drama, when a longer exposure is seen in colour, I find real beauty…

By now my camera battery was draining fast, I was soaked and cold…but my enthusiasm could not be dampened. I had almost forgotten why I love photography so much and it’s because of days like today. I’m weather beaten but have a feeling of adulation I only ever find when I’ve been out with the camera, stood where no one else wants to venture and to me, got some great photos.

So here’s to you Mary, star of the sea, the Saint whose namesake has given me a sight of beauty even in nature’s least hospitable environments. 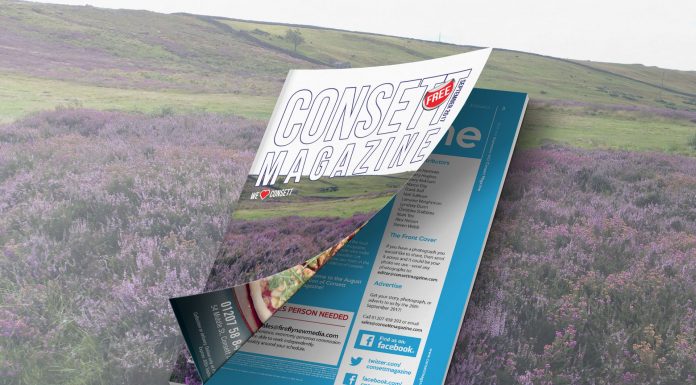 Four Months On At Consett AFC