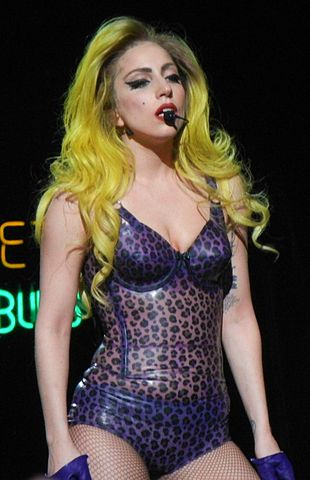 It has been acknowledged that the media today represents the very things we don’t want to see youngsters doing, and is therefore seen as inappropriate media. Although we don’t want to accept the half naked women and troublesome characters that are shown on our screens, it doesn’t make this obstacle easier to overcome.

The music industry exposes us to this inappropriate media with artists such as the ex Disney cookie-cutter Miley Cyrus, otherwise known as Hannah Montanna. Billy-Rae Cyrus’ young daughter has recently been shown “twerking” on fellow celebrities, swinging naked from a wrecking ball and filming herself naked in bed. Not to mention her famous performance at an award ceremony as she lit up a very suspicious looking cigarette on stage. Miley is clearly trying hard to get rid of her “Disney kid” image, but has she took the right path in doing this? Bad press doesn’t seem to faze the blonde haired artist, as long as her “smilerz” are still buying her music.

Another example of the inappropriate media we are exposed to is an artist who has recently shocked us – the unique Lady Gaga. Gaga performed at the SXSW conference in Texas in font of an audience filled with her tween fans.

Whilst performing, vomit artist Millie Brown drinks glasses of brightly coloured soy milk and forces herself to vomit over the singer. Former Disney star Demi Lavato tweets, “Bulimia is not cool”, after she has overcome her eating disorder recently. Gaga, also an ex sufferer from bulimia, responds by stating that she was not promoting eating disorders and was just “making art”.

It’s not just the music industry that exposes us to these unsettling “role models”, television programmes also show disturbing material. It is said that children younger than 2/3 years old are more likely to watch background shows containing inappropriate media for their age. Programmes such as “Geordie Shore” have been said to be highly inappropriate for easily led teenagers, promoting alcohol and sex. Characters and their actions are also seen as inappropriate, especially in younger children’s programmes, where the target audience are easily influenced and known to copy others. For example, children’s programme “Team Umizoomi” includes the “troublemaker”, who causes havoc, or “Fireman Sam”‘s “Naughty Norman”. Yes, there programmes include these characters to develop the overall moral of the episode, however a 3 year old may not understand this and just want to copy the character, making this part of the inappropriate media.

Literature also creates inappropriate subliminal messages towards children, for example the Brothers Grimm tales. These are gruesome versions of classic fairy tales. For example, in their version of Snow White, the Queen wants to eat the girls body organs for dinner, and is later forced to dance to her death in red hot iron shoes. In their version of Cinderella, the two stepsisters cut off parts of their own feet in order to fit into the glass slipper. They are later blind beggars, after the birds peck their eyes out.

Media today can be seen as inappropriate for the younger audience, however is on the rise. Should this be stopped, or can it be accepted? Have your say in the comments below.