Joshua Lax was born in High Pittington in the parish of Hallgarth, County Durham on the 17th September 1834 the son of George Lax a Pitman and later a Grocer and his wife Margaret. He showed remarkable intelligence from a young age reading and studying when ever he found the time. As most boys of his day he was sent out at the age of 11 to find work. Initially sent to Consett to live with one of his brothers he spent a few years here prior to his brother emigrating to Australia. He returned to Pittington but once again found himself in new employment on the local farms and estates. Joshua continued his avid joy of books and learning and educated himself in his spare time.

In1849 he began working as a Coal Miner in Pittington, joined a few years later by his younger brother John. However, his diligence soon paid off. At the age of only 18 and after working through numerous lower positions he so impressed his employer that he was placed in charge of dozens of his fellow workers on the lower management rung.

Joshua grew restless and unchallenged so when his older brother returned from Australia it gave him the boost to move on. The two backed up and travelled to Illinois in the United States. He lived and worked there for 8 years, revelling in the culture and the new experiences. Unfortunately Joshua became unwell and decided to return home in 1862. His travels continued for a further 2 years throughout England and Scotland eventually settling in Shotley Bridge, a place he would soon come to love and cherish. He very quickly made a name for himself both as a writer of poetry and also being a shrewd business man. By 1871 he was recorded on the census as being an “Ironmonger employing 1 man”, but he had also made in roads into the local business community. 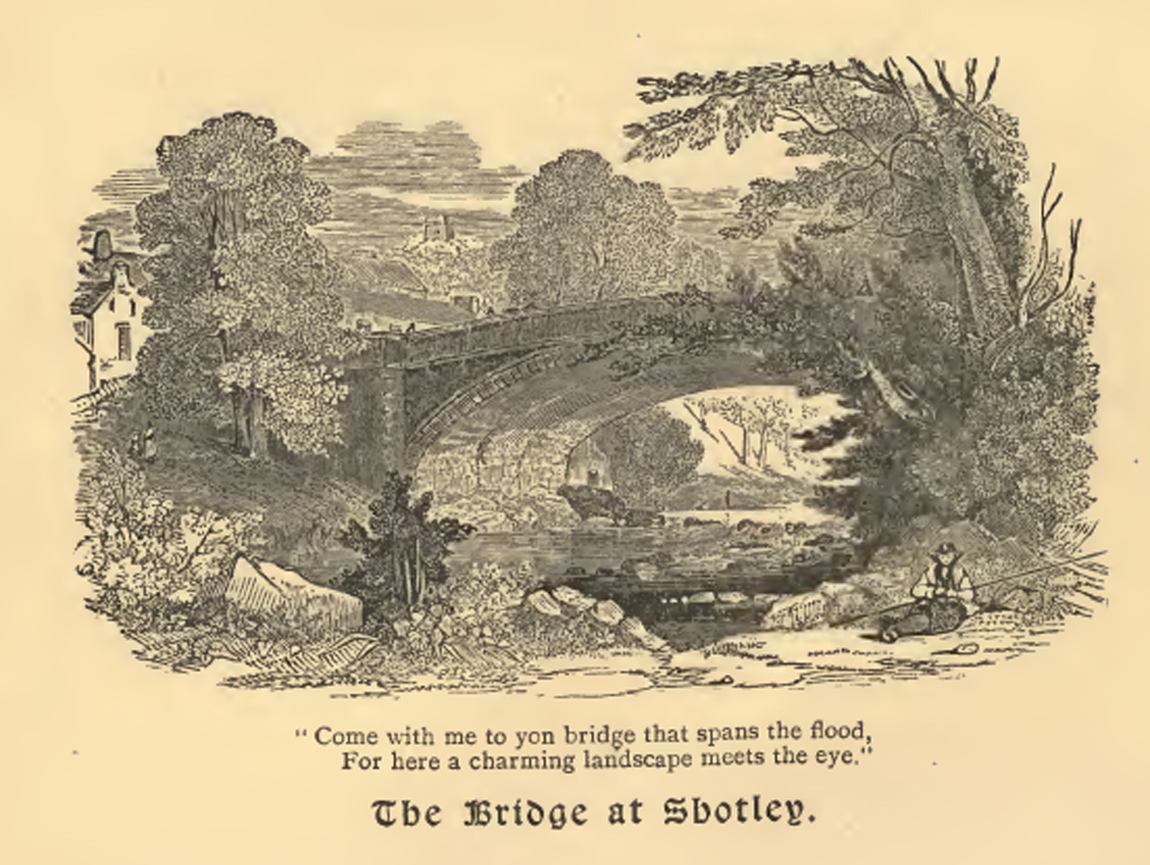 In 1874 Joshua met and married his wife Miss Anne Elizabeth McKeeth only daughter of John McKeeth of Villiers Street, Sunderland. Joshua’s appetite for both business and local standing grew and he soon found himself on the board of Shotley Bridge and eventually Head of Shotley Bridge Urban District Council. He also became manager of the North Eastern Bank Shotley Bridge. In 1884 and after much encouragement from his good friend George Neasham; also a highly noted historian and writer of his day; his famous book “Historical and Descriptive Poems” was released.

Within its pages were several famous poems of the area including “Shotley Bridge” and “Lines to the Derwent”.
“The sounds which thou to rapture fire,
And o’er the valley glide,
Flow from yon heavenward pointing spire
Upon the green hill side.

St. Cuthbert’s bells, as shadows creep
Along the twilight lea,
Make glad the sombre hour, and steep
The ear in melody.”

Joshua passed away suddenly on Saturday 15th May 1897 at the age of 63. He was buried in Blackhill Cemetery on the 18th May 1897 with a solemn outpouring of grief and loss from the whole community. However he left behind an everlasting legacy within his written words. A true treasure and adopted son of the area.