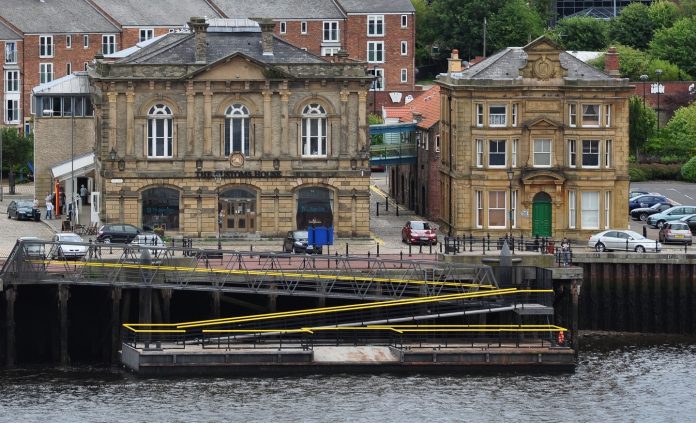 February is never a great time for long trips out by train.  It’s still dark in the late afternoon and we often get the worst weather.  So if we do get one of those bright, crisp, February days, why not try a visit to South Shields?  Depending on where you live, this might involve a rail journey into Newcastle from north or south, or up the coast into Sunderland and then a trip on the Tyne and Wear Metro via the north Tyne loop or via Pelaw on the route to South Shields.  The cut out and keep Metro map might help you, and with an all zones rail fare add-on you can travel in zones A, B and C,  and also use the Nexus short ferry crossing between North Shields and South Shields  which runs every half hour throughout the day.  It leaves on the hour and half hour from the North Shields side, and quarter to and quarter past from the South Shields side.

Don’t think of crossing under the river through the fascinating pedestrian tunnel.  It’s closed for refurbishment and asbestos removal, and the replacement bus service between Jarrow and Howdon, whilst free to use, is not very exciting. 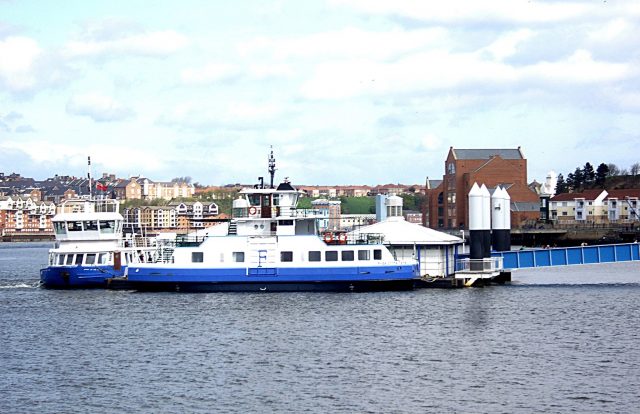 Closest to the ferry terminal is the new attraction called the National Centre for the Written Word.  The Word, for short, opened in October 2016 and is a library with interesting exhibition spaces, at the moment profiling the famous film director Ridley Scott of Alien and Blade Runner fame.  There’s also an area to record north eastern dialects, and a screen reviewing all the ships in the Tyne and out on open water.  You can find additional information on the vessels, their origins and destinations.   Ok, I am sure there is an app which will enable you to do the same thing at home, but it’s more impressive when you can see the real ships in front of you. Back in the 1970s, the Word would have been called the South Tyneside Central Library, but this is a brave reinvention of the traditional library for the internet age. 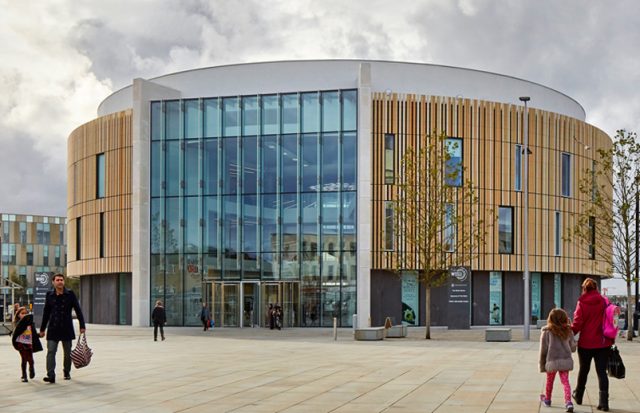 Several places in the north east have Roman remains.  In South Shields, however, buildings have been reconstructed to look like they were in Roman times.  The stunning buildings are replicas of the West Gate,  the Commanding Officer’s house and a barrack block.  It’s normally closed through the winter, but go at half-term time and Arbeia Roman Fort, as it is known, will be open on two weekends – 18/19 and 25/26 February.

The town is noted for its many fish and chip shops and ethnic restaurants, particularly along the Ocean Road down to the beach.  The Ocean Beach funfair reopens in February, but it’s obviously weather dependent.  The charming little steam train, known as the Lakeshore Railroad, which goes round the lake near the beach, might also be operating, as subject to weather and mechanical failure they offer rides from 1130 to dusk at weekends, and during half term week.

On your way back from South Shields, you might like to drop in to the Barbour factory shop which is adjacent to Bede Metro station.  With this ticket you can break your journey as often as you want.  If you have never ridden the Tyne and Wear Metro you could ride every route in one day, but I think in February I would prefer to wander the art gallery and museum and then find a good book to dip into at The Word. 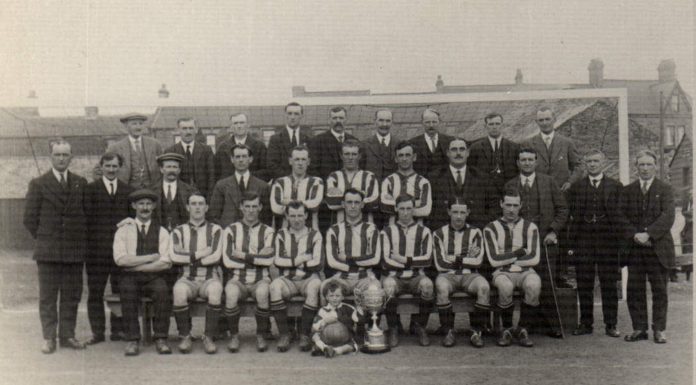