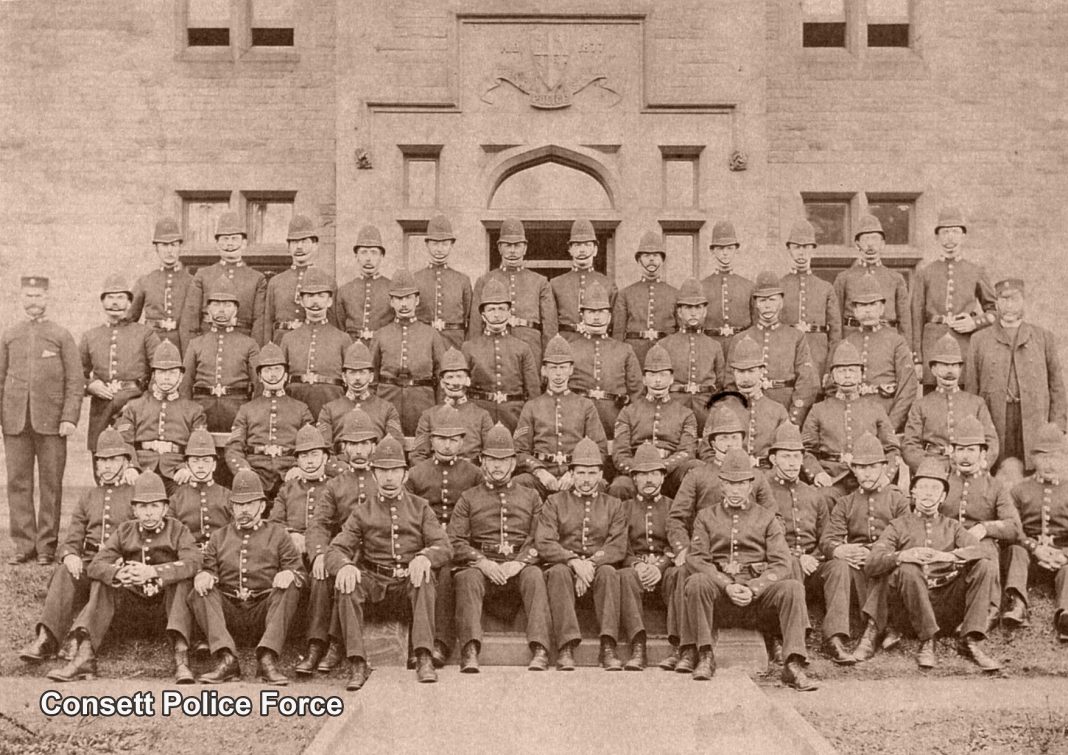 It was mid autumn on what was described by the met office as a generally wet month in October 1935. It was a busy time for the farms of the area, harvesting the last of the crops, gathering in the hay and preparing for the winter. But unknown to the residents of Dipton and the surrounding area’s this would become one of the blackest periods of terror that they would ever know.

Within the first few days of October came the first attack at Pontop Hall Farm, tenanted by Mr Usher Hunter. A corn stack had been set ablaze in such a way that it would continue to burn along the rest of the stacks. A chalked note found on a near by barn door stated “Don’t wrong me again – I only warn once. The Phantom Avenger”. Almost two weeks later, on Tuesday 15 October, at Mr Miles Armstrong’s Flint Hill Farm he struck again, this time setting a 30 ton haystack ablaze. On a wall close by another message was chalked “This is my Second Victim – The Phantom Avenger”. Mr Armstrong had been alerted to the fire by a stranger, a tall thick set man wearing a cap and slack coat who had knocked at his door; although Armstrong told police that a simultaneous knock had occurred at both front and back doors. When he ran to discover the stack on fire the stranger disappeared.

This series of events had already started to cause concern to the farming community. The police, having confirmed the writing at both events to be the same, stepped up their search. They didn’t have to wait long for events to unfold. At midnight of the 22 October at the small holding of Mr James Lott there was yet another fire and once again a message, “My Third Victim – Beware – The Phantom Avenger”. 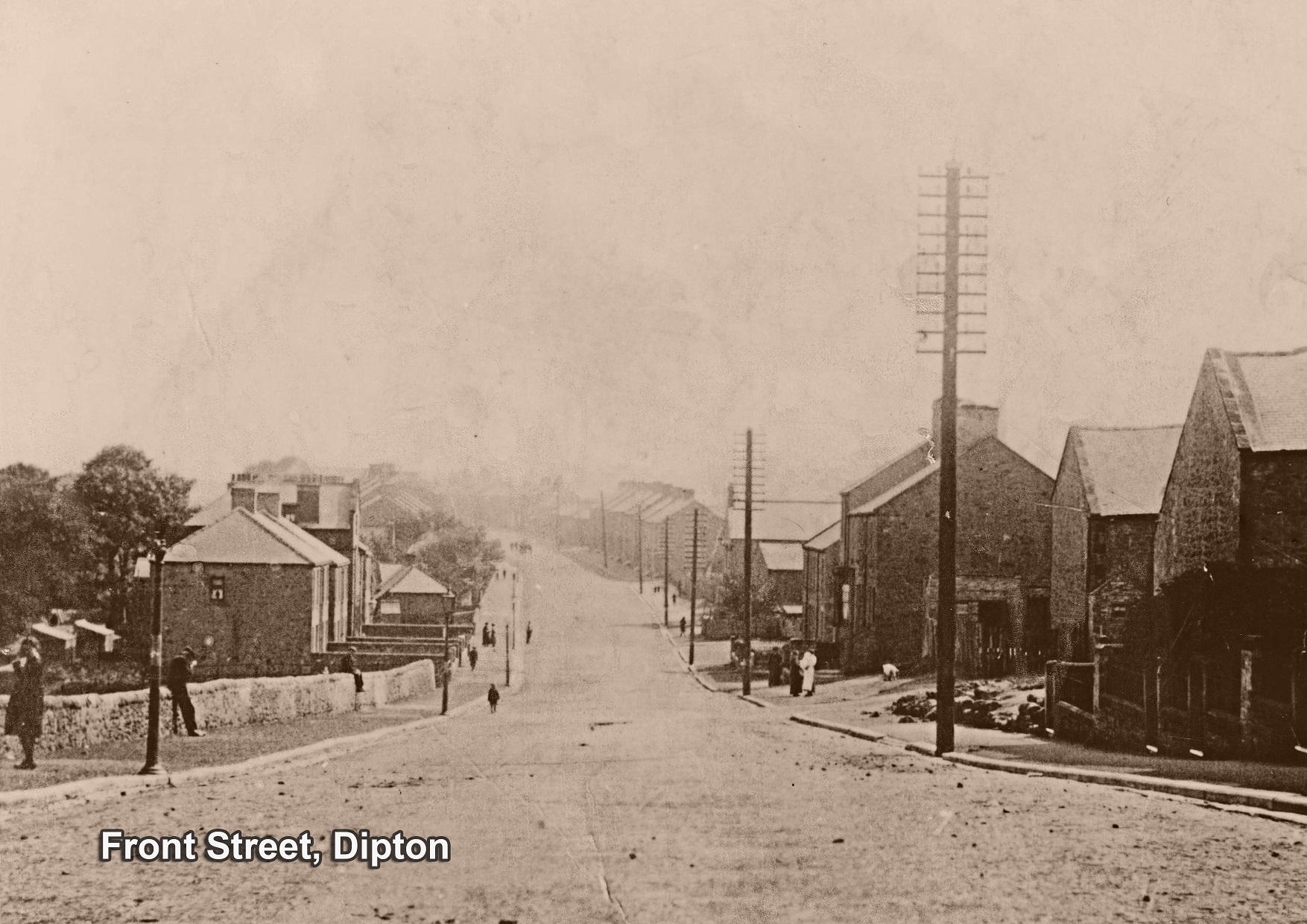 With each fire the Phantom became bolder but always stayed elusive. At one point more than 40 police officers were patrolling the area, many in disguise, along with more than 60 farm hands. Farmers also took up armed night vigils, but no matter what precaution’s were put in place the Phantom Avengers reign of terror continued. At his 4th fire a footprint was discovered and a plaster print was made. Superintendent Kirkup of Consett Police had also now taken over control of the case and all of the Consett force had been pulled off leave. Talking to the papers Kirkup told the press that they were following up on a number of leads which also included the footprint. In response the following day at a small holding of Mr P Nixon of Pike Street, Dipton the Phantom struck again burning down a small haystack and shed. The chalked note this time read “ Supt. Kirkup. Phantoms don’t leave footprints – Beware. The Phantom Avenger”

For a few weeks all was quite, but during the excitement of the General Election on the 14 November he saw his chance once again burning down 3 more stacks. The attacks took place at Catchgate, one a 25 ton stack at the farm of Mr J Ridley and the other two 20 ton stacks at the farm of Mr J W Dixon which destroyed one completely and the other was partially saved. At both sites a prop was found stuck in the ground with a chalked message confirmed to be that of the Phantom. 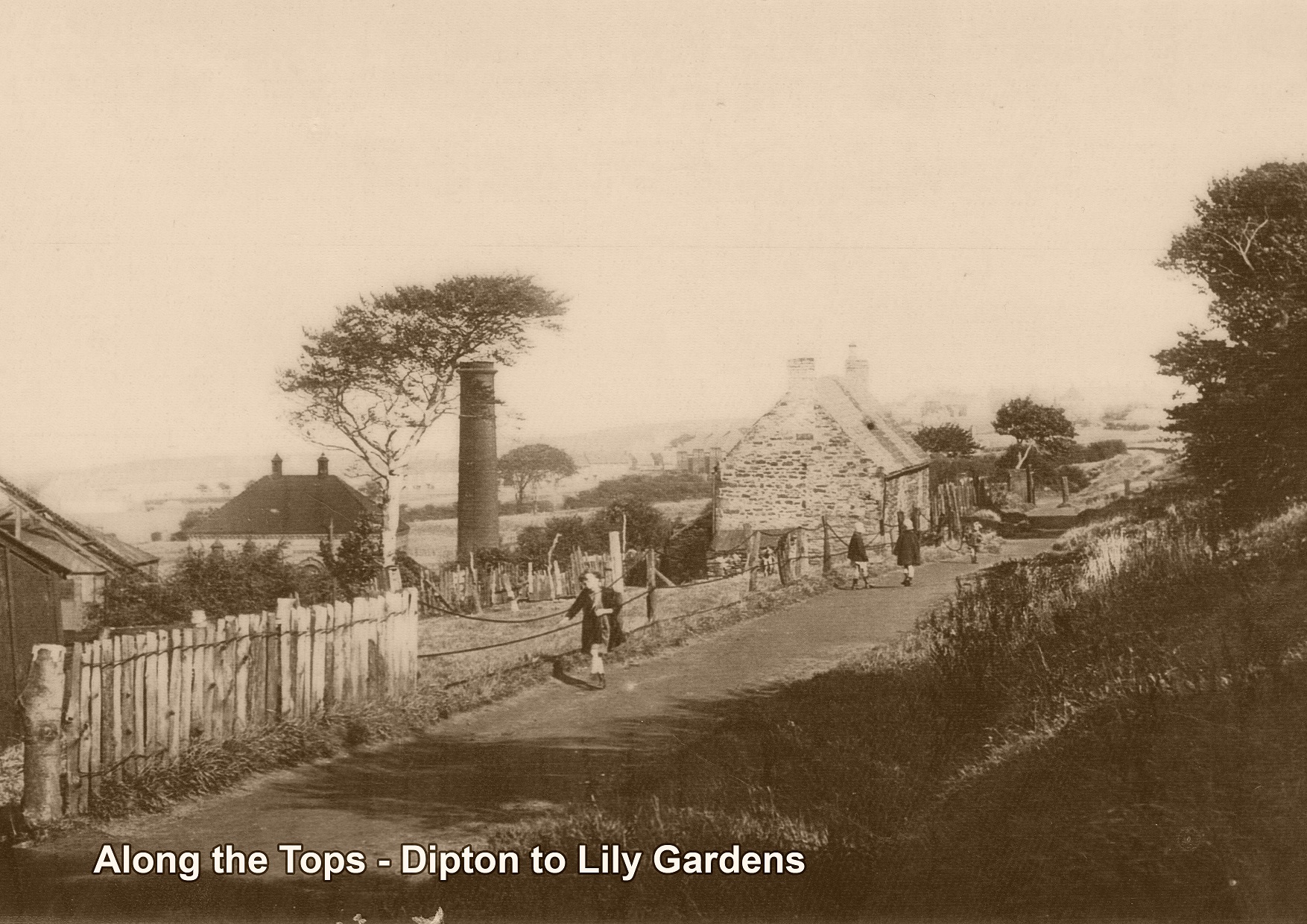 In a dramatic turn of events a medical herbalist by the name of Ernest Pearson, saw a tall stocky man emerge from the stack yard of a Farm at New Kyo. When the man saw him he took off in the direction of the Consett to Newcastle railway line. Pearson followed and when he made his way up the embankment was struck hard from behind leaving him unconscious. The previous day on the 19 November a message had been left on the gable end of a building in New Kyo, reputedly from the Phantom, stating: “Two Murders will be committed and two more stacks set alight before I give myself up – The Phantom Avenger”. A number of letters were also posted bearing a Stanley postmark, one of which arrived at the home of Mr J Willis. In the letter it stated: “Beware Willis. Someone very dear to you, but not in your house is my next victim – The Phantom Avenger”. The letter was taken very seriously by the police, the Consett Division now on a full scale man hunt.

With almost a sixth sense the Phantom, knowing it would be to dangerous to continue in his present approach, turned to another set of crimes. On Friday 21November Police Sergt. Burrell was doing his rounds when he came across a number smashed windows. The first was to the Northern Echo building in Station Road, Stanley which had been smashed through by a brick. On the remaining window, etched with what appeared to be a glass cutter was the words PHANTOM AVENGER. The second window being that of Mr Teasdale the Cobbler. 2 weeks after at Catchgate, his attention turned to the bowls pavilion at Annfield Plain Park at which he smashed out all 48 windows, his calling card found near by confirming it was him.

The whole area was in a state of terror. Women and children stayed in their homes as men kept watch in the streets. A glimmer of hope was had when a gift of 9 pairs of Nylon stockings were left as a gift to a local women by the name of Elizabeth Oswald of Ryde Terrace, Catchgate. On the window sill was the message “ A Gift from the Phantom Avenger”. The stockings were of an expensive brand and hopes were that they would be able to track the purchase back to an individual. But no luck was had.

There were a number of more fires and smashed business windows totalling damages in excess of £5000 at the time, approx £345,000 in today’s money. The last arson attack took place at around 1 am on 12 March 1936 at the property of Mr W Maddison farmer of Catchgate. The note on the wall at New Kyo predicting two more fires was correct, but luckily the promised murders never came to fruition. Although the police hunt continued no one was ever caught. Why the Phantom stopped his reign of terror was unknown, maybe he had had his revenge for what ever it was that had started him off the 6 odd months earlier. Maybe the police were getting to close. No matter the reason it came as a massive relief to the people of the area. In the end it had finished the way it had all started, on the Phantoms terms.