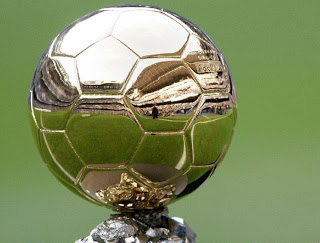 For the 4th year in a row the Argentinean maestro Lionel Messi has won the Ballon D’or (Golden Ball) Competition. With his first win coming in the original format Ballon D’or

and the next three in the new format FIFA Ballon D’or. His outstanding ability and beautiful style of play have seen the Barcelona forward beat his arch rival Real Madrid’s Cristiano Ronaldo for yet another year.  After breaking Gerard Muller’s record for the number of goals scored in a calendar year this trophy rightfully marks the end of an incredible 2012 of the striker.

There are many people across the globe now questioning the integrity of the competition as this is the 4th year a Barcelona player has won the coveted title with runners up Andres Iniesta and Cristiano Ronaldo both playing for teams in La Liga in Spain. Many would argue ex-Arsenal and Manchester United striker Robin Van Persie would deserve a place in the shortlist of players in the final three due to his fantastic 2012 season and carrying it forward after leaving his previous club. Football fans around the world often suggest that the Premier League in England is the highest quality and toughest league in the world. Surely this means that more of the players nominated for the Ballon D’or would be playing in the Premier League.

Along with the Ballon D’or there were other awards last night for the FIFA team of the season and the coach of the year. Vincent Del Bosque won coach of the year after his historic win in Euro 212 with the reigning World Cup winners Spain and the FIFA Puskás Award 2012 went to 23 year old Miroslav Stoch. Newcastle’s flamboyant midfielder Hatem Ben Arfa’s goal against Blackburn was nominated in the original shortlist but didn’t make it to the final three.

The FIFA team of the year for 2012 contained players from just 3 and all three are based in Spain. The legendary Falcao of Athletico Madrid was the only player not at Real Madrid or Barcelona to make the team of the year. Lets hope the 2013 competition represents the quality and finesse in the Premier League.

FIFA XI of the Year