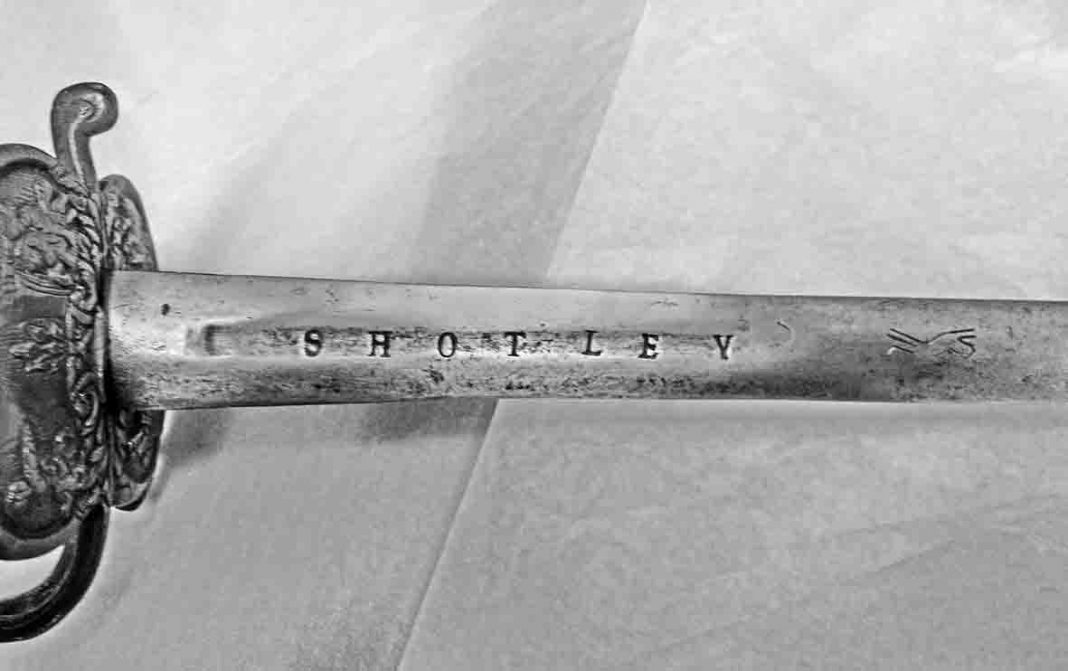 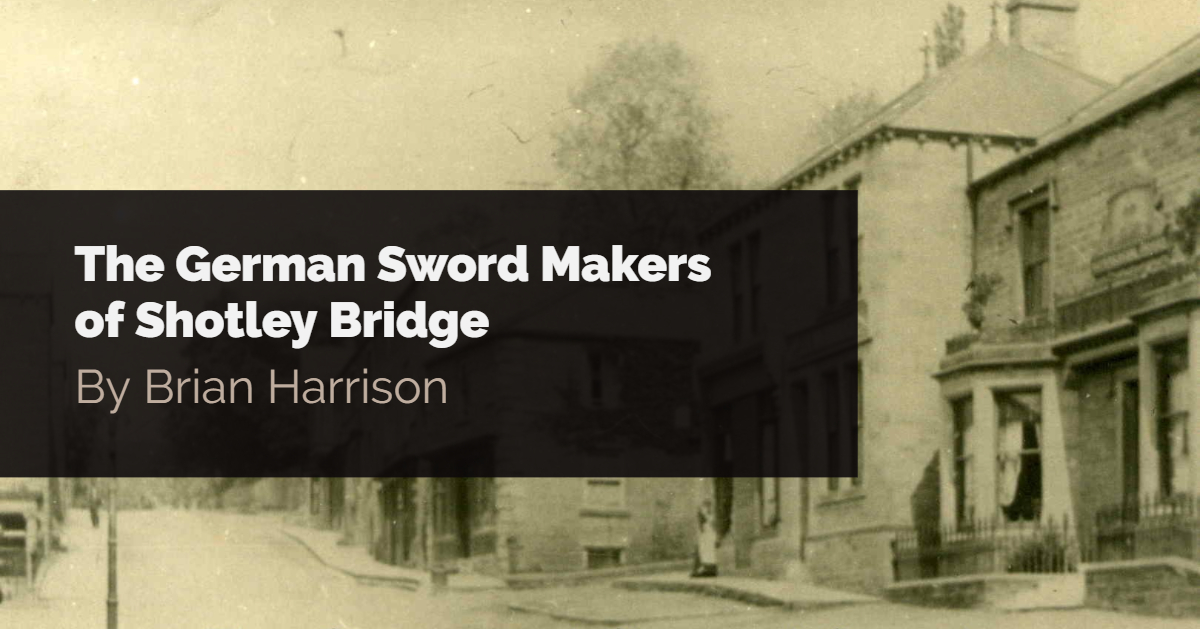 Consett has a long history of immigration and integration which all started almost 400 years ago with the arrival of the German Lutherans. In Surtees book, he states that they settled here in the reign of William III. However, although there was an increase in the German settlement of the area at that time, there is an entry of baptism for an Eleanor Oley in Ebchester church in 1628 some 61 years prior to William III reign. As far as can be found there were 4 main families who fled Germany for the sake of their religious beliefs. They were Oley, Vooz, Mole and Bertram. They came from Solingen a small city of Cleve Berg, Germany. Solingen was renowned for its metalworking and cutlery, the skills of which would stand the families in good stead for the next 2 centuries. 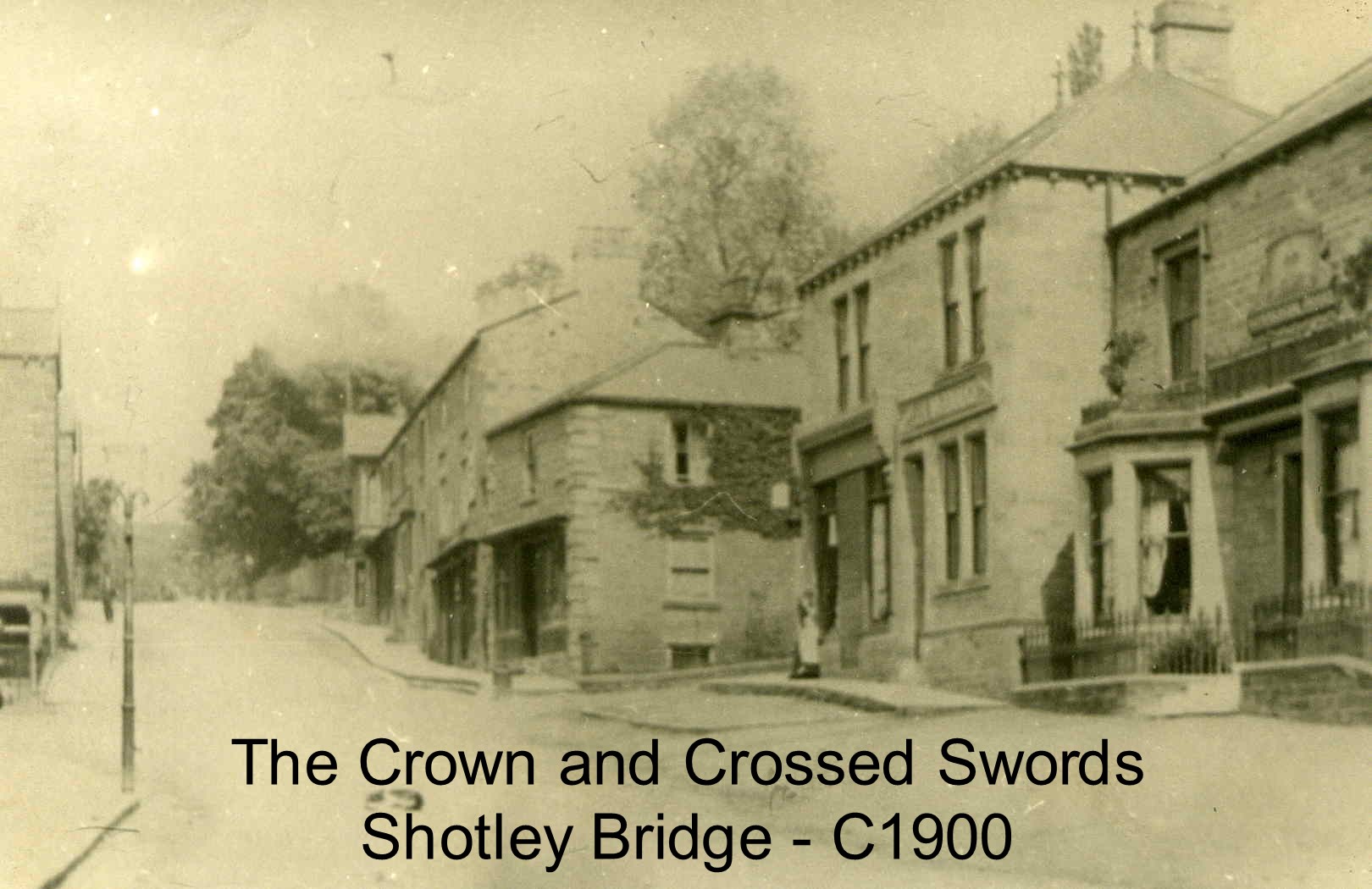 Each of the families had their own unique skills, the Oley’s put theirs into the making of high-quality hollow tipped swords which equalled that of the blades of Damascus and Toledo and even became sword makers to the crown. The Moles were expert sword grinders, the Vooz traded between Germany and England and finally the Bertrams were steel manufactures at Blackhall Mill, each adding to the skills and needs of the other. The families, especially the Oley’s, became very prosperous, at no time more so than during the Napoleonic Wars were the demand for their swords were unequalled. 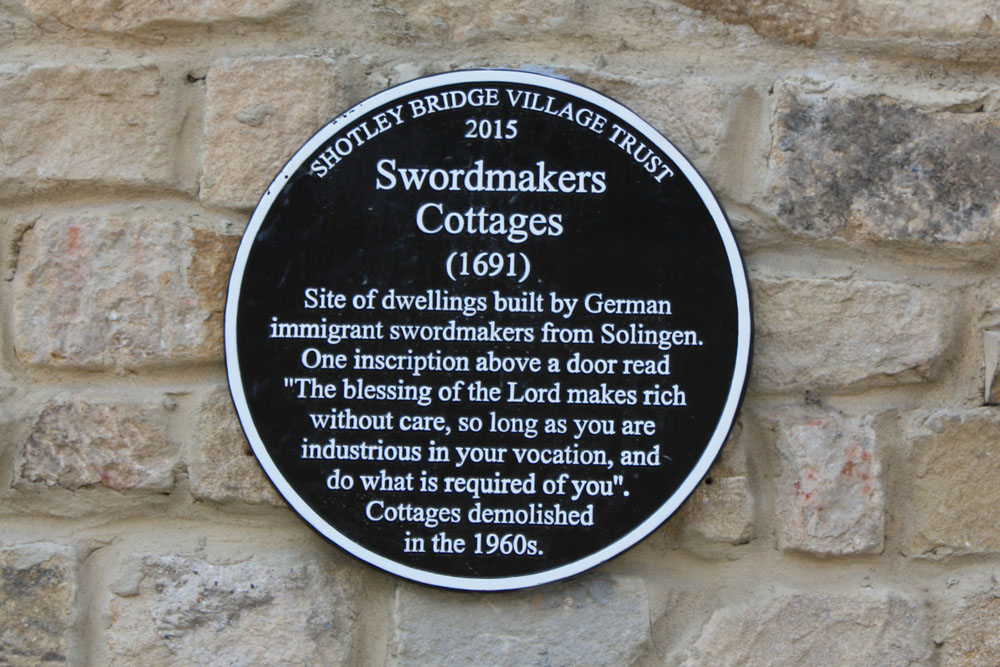 However, this time of prosperity also spelt the end for the families in this area. At the end of the Napoleonic wars, the world began to change. The invention of new weapons and industrialisation meant they were no longer able to compete. By 1900 all the families except the Oley’s had died out or left the area. The Moles were said to have relocated to Birmingham and had been quite prolific sword makers throughout the 19th Century. The Oley’s diversified into cutlery but unfortunately could not compete with the likes of Sheffield who had been specialising for centuries. As well as their story there are still lasting reminders of the Swordmakers in the area. The naming of Cutlers Hall Road, the Crown & Crosswords as well as many houses and buildings built by the families have given us a lasting heritage to be proud of.

For more info on local history you can contact us at cdhi@live.co.uk or drop in to The Lodge, Blackhill Park on Wednesdays between 10am and 4pm.