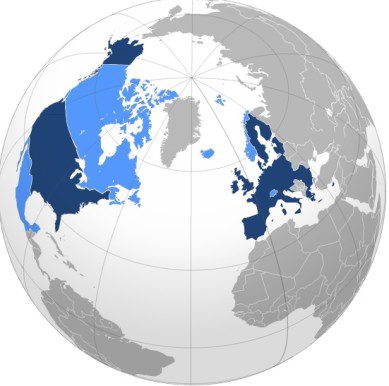 investment Partnership (TTIP) or Transatlantic Free Trade Agreement (TAFTA) in the US which will create the biggest trade block in the world.

This trade agreement which parallels a Trans Pacific Partnership agreement which has similar aims and inclusions to the TTIP will impact on areas such as consumer safety, sustainable agriculture, environmental protection, digital rights, banking, the growth of GM crops, labour rights, privatisation of services such as the NHS, etc.

However, although this agreement will be the biggest trade agreement ever and once enacted will make it virtually impossible for a future government to reverse the things agreed to in it, the non-elected EU Commissioners are holding crucial information about the proposed deal from the public by refusing to release the negotiating text and any information that has reached the public has done so courtesy of leaked information.

Also, almost nothing has been reported on this deal in the mainstream media.

What makes this agreement unlike other EU trade agreements is that like the proposed European Union-Canada Comprehensive Economic and Trade Agreement (CETA), this agreement will include an Inter State Dispute Settlement mechanism (ISDS).

This will allow transnational corporations to sue governments directly for the loss of future profits resulting from government action (at any level of government) that affects those future profits.

Such disputes will be presided over by secretive arbitration panels consisting of corporate lawyers with no room for redress by governments once the decision has been made.

It must also be noted that where ISDS is embedded in existing bilateral “trade” agreements elsewhere, it is leading to huge public money pay outs to transnational corporations which must effect on future attempts by governments to implement measures designed to protect its citizens in such areas as environmental health, consumer protection, labour rights ,etc.

Examples of such disputes are Philip Morris suing Uruguay and Australia over warning labels on cigarette packets and the plain packaging of cigarettes.

The Swedish energy company Vattenfall suing the German government over its decision to phase out nuclear energy.

The US company Lone Pine suing the Canadian government because the Canadian province of Quebec had put a moratorium on Fracking.

Also, the Dutch insurer Archmea suing the Slovakian government for reversing the health privatisation policies of the previous administration and requiring health insurers to operate on a not for profit basis.

The inclusion of an Inter State Dipute Settlement mechanism in trade agreements was seen as a necessary component in encouraging investment in countries whose legal systems are less functionable.

However, the EU member states and the US are advanced societies with functioning legal systems thus allowing adequate opportunities for investors, whether domestic or foreign, to defend their interests and therefore negating the need for such an ISDS mechanism in the proposed TTIP agreement.

Also, with such an ISDS mechanism in place it is quite conceivable that a US health insurance company could insist on it being allowed to buy up services currently provided by the NHS and if prevented from doing so, then suing the UK government for damages.

Although the TTIP agreement will concern itself with the harmonising the regulations of the EU US this could well end up  with a downgrading of regulations and thus abolition of standards that have been negotiated and worked for over many years.

Also, in many areas the EU has developed higher standards than the US and therefore such standards will be compromised.

In the UK, there seems little doubt that the coalition government’s Health and Social Care Act has been prepared with a view to the harmonisation of the NHS with the corporate dominated US health system in preparation for the signing of the TTIP agreement.

This agreement once signed will then act as a Transatlantic bridge between the Health and Social Care Act in the UK, which forces the NHS to compete for contracts, and private companies in the US eager to make profits for their shareholders.

As Linda Kaucher, a leading expert on trade agreements states “[The Health and Social Care Act] effectively enforces competitive tendering, and thus privatisation and liberalisation i.e. opening to transnational bidders – a shift to US-style profit-prioritised health provision.” and “Even if outcomes of the NHS changes are disastrous, ISDS will effectively disallow any attempts by any future UK government to reverse the changes.”

The coalition government claims that in privatising the NHS it will be its ‘liberator’ this term even making it into the title of Andrew Lansley’s now infamous report laying out the Conservatives’ plans for the NHS ( Liberating the NHS white paper at-https://www.gov.uk/government/publications/liberating-the-nhs-white-paper)

However, liberating the NHS will almost certainly mean unprecedented cuts, job losses, denial of accountability and money spent in preparing it for a takeover by the corporate sector.

It is understood that all sectors, including health, will be on the table at the start of the negotiations for the TTIP

This agreement is being put together by the EU Commissioners working in conjunction with transnational corporations Then after negotiations have been concluded, the European Parliament has discussed it and assuming assent has been given, the Commission will provisionally implement the Agreement even before Members State parliaments have discussed it.

It therefore seems quite apparent that the role of the Member State parliaments will be one of merely rubber stamping what has already been agreed.

Given that the TTIP is the largest trade agreement ever and will impact on so many areas of peope’s lives, it therefore seems inconceivable that it should receive so little attention in the mainstream media or parliament.

Caroline Lucas of the Green Party has tabled an Early Day Motion to discuss this matter in parliament which has been backed by twenty nine MPs which can be viewed at- http://www.parliament.uk/edm/2013-14/793

However, as I understand it, this motion could be deferred until a future date when discussing it could have no impact on negotiations.

In spite of the shortage of coverage of this agreement in the mainstream media, people are campaigning against TTIP and the TPP agreements in the social media.

Other things that can be done are –

Writing to your MEP telling them that you oppose the complete opacity of and the secrecy surrounding the negotiating process ( the MEP elections will take place this May).

Write to your MP with the same concerns and asking them to back the Caroline Lucas Early Day Motion regarding the TTIP agreement.

This article was submitted by Gerard Barrie. If you are looking to share your views or stories why not get in touch with us here at Consett Magazine. 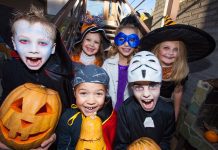 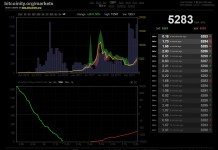 It’s Good News for Bitcoin, Again! And How To Buy Bitcoin 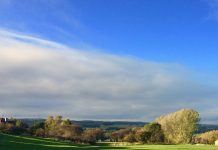 What to do When You Visit Consett 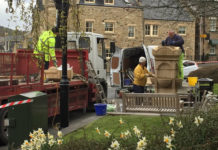 Shotley Bridge Fountain Returning 60 Years After It Was Removed 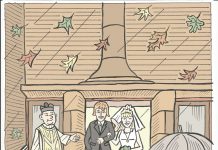 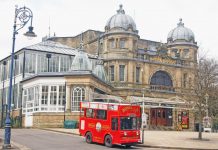 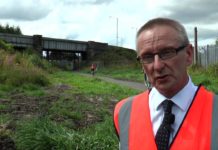