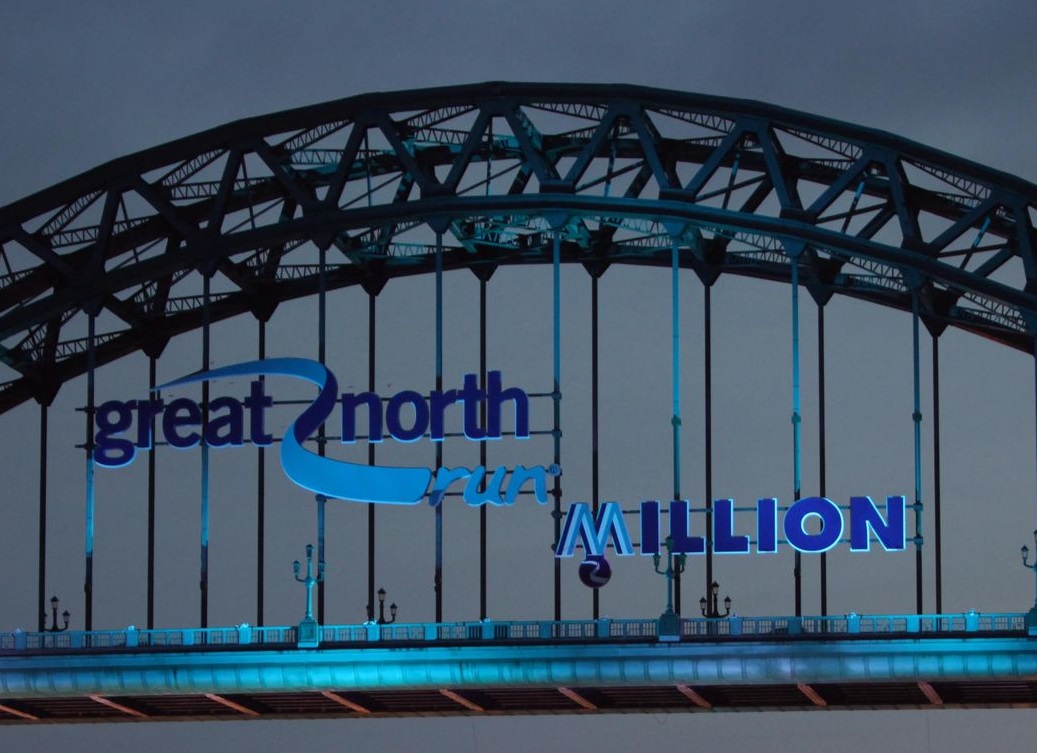 This year’s Great North Run entered the record books for numerous reasons. The most important being the 1,000,000 runner to cross the finishing line in South Shields. We’ll return to her success after looking at the weekend of celebrations as a whole.

The weekend began with the Millionth Opening Celebration on the Newcastle and Gateshead Quayside on Thursday, September 4th. This event featured fireworks, pyrotechnics, street performers, and the appearances of presenters Ant and Dec, actors Tim Healy and Jill Halfpenny, One Show Presenter Angellica Bell, who was also there to take part in her sixth Great North Run, and superstar musicians, Sting, Jimmy Nail and Mark Knopfler.

Sting was present to perform the lead song from his new Broadway produced musical and Mark Knopfler performed his specially composed piece of music dedicated to the event.

There were river bound representations of the history of the North East that ranged from the Vikings, miners and the ship building industries that delighted the crowds gathered on the Qauyside and who witnessed the spectacle taking place between the famous Newcastle and Gateshead bridges.

The festivities on the Tyne gave way to the annual press conference at the Hilton Hotel and the Pasta Party on the Friday, to the Great North City Games on the Saturday.

Then, of course, the main event on the Sunday, promised to be one of great significance in the history of the event. Not only would the 1,000,000th runner be named, but there would also be some additional records reached and broken along the way.

For the first time in its history, the half-marathon would be recognised by the IAAF, (International Association of Athletics Federations) with a special banner being created for the event and being carried along the course of the run by members of the Royal Marines 66th Corps Challenge.

This challenge has seen a core group of six marines being joined by 4000 other marines around the world and taking part in different sporting and physical events. The sole aim being to raise the £2.5m per year required to look after wounded and disabled marines and to raise awareness of the fact that the Royal Marines suffered the highest losses in Afghanistan.

With the finishing line in sight, there was a battle between Mo Farah and Kenyan rival, Mike Kigan that gave the weekend a perfectly suited climax as Farah narrowly beat Kigan to the finish.

The women’s race was won by Mary Keitany of Kenya, in a course record time, with Britain’s Gemma Steel coming in second.

So, overall a very successful year for the Great North Run and a fantastic weekend for the whole region.