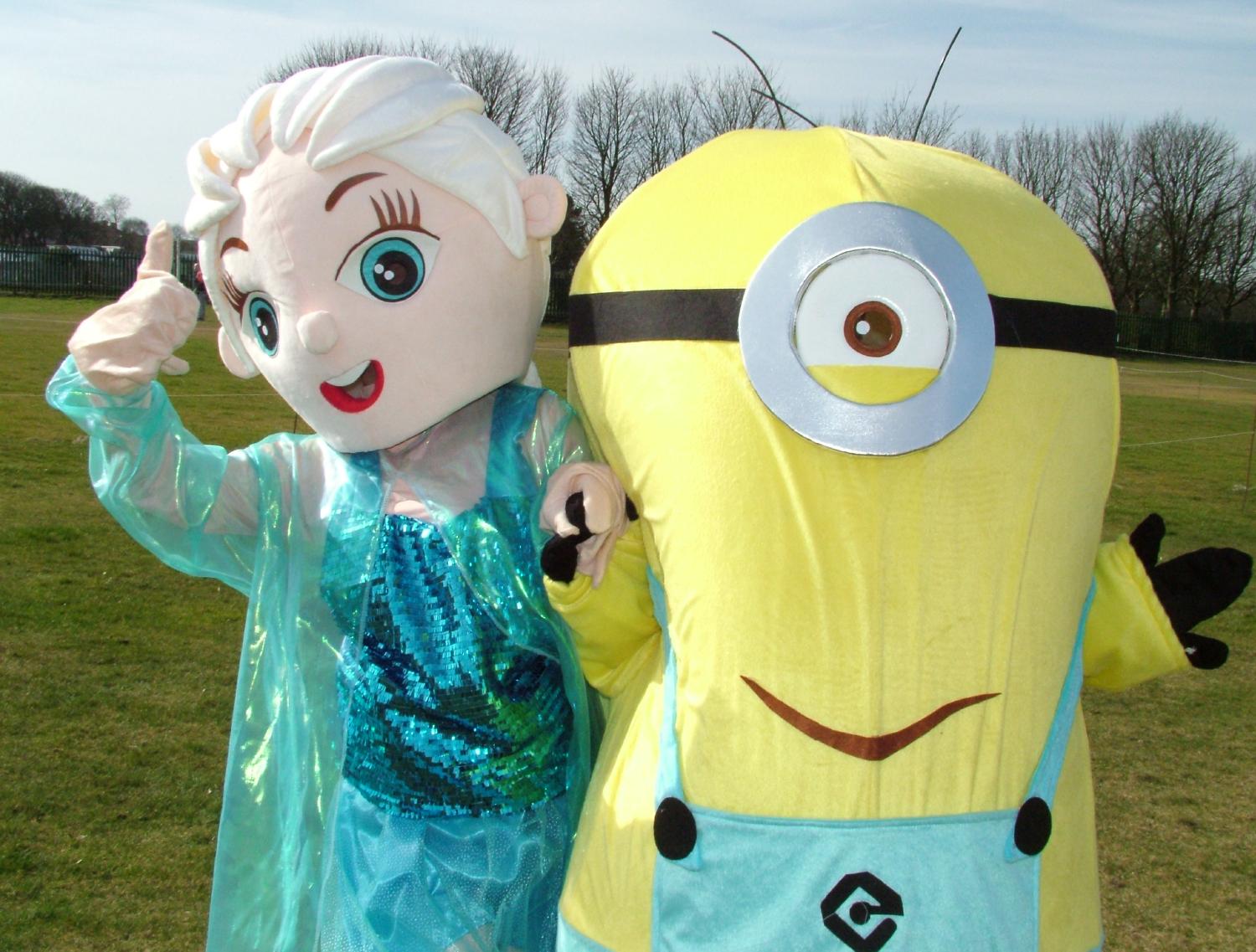 As the spring moved in, along with the warmer weather, the 2015 charity fundraising season began with the first of the independent fundraising events taking place on behalf of the Tickled Pink Campaign.

The Tickled Pink fundraising event that took place at the East Stanley and Beamish Cricket Club was the culmination of the opening week of events that saw local charity fundraiser Julie Spence and J S Events hosting the Spring Charity Family Funday, to raise money for Tickled Pink Campaign in association with ASDA

Between the hours of 12pm and 4.30pm on a beautiful Spring sunday afternoon, the heart of East Stanley was the centre of festivities as children and families took advantage of the sunshine and were treated to an extravaganza of fun, food and music.

The fun was supplied in the forms of children’s funfair rides, inflatables, penalty shoot out’s, and other attractions. Including, appearances from Disney charaters ranging from a Minion to a Princess from “Frozen” and Mickey and Minnie Mouse. Rounding off the character appearances was Peppa Pig.

The food was supplied in a variety of manners with hotdogs being served in the clubhouse and vintage sweets, cakes and other delicacies made available from the myriad of stalls and barrows on the main green.

There was also an Adult Pamper Zone, face-painting and balloon animals along with the traditional Tug of War competition that was overseen by organiser, 28 year-old Julie Spence, and her team from J.S. Promotions.

There was even a bar, with food, set up for the accompanying parents who needed a rest.

The afternoon was bought to a close with a great set from local band, Lana and the Drivers, who’s set was delayed due to the popularity of the attractions taking place on the main field.

The event, held in association with ASDA and on behalf of the Tickled Pink Charity, saw an end to the initial week of events that began with ASDA Stanley’s official launch of the 2015 appeal in-store by Assistant Branch Manager, David Savory, with the overall aim of adding to the £40 million already raised since their support of the charity seventeen years ago.

In addition to supporting the Tickled Pink Charity, ASDA was also the founding member of the first ever Breast Cancer Campaign Tissue Bank where cancer tissue samples are stored for research purposes.

SPECIAL THANKS: Julie Spence / J.S. Event Promotions, the mascot team from “Bounce and Dance-North East” and all of the stallholders and attraction operators at the Family Funday.