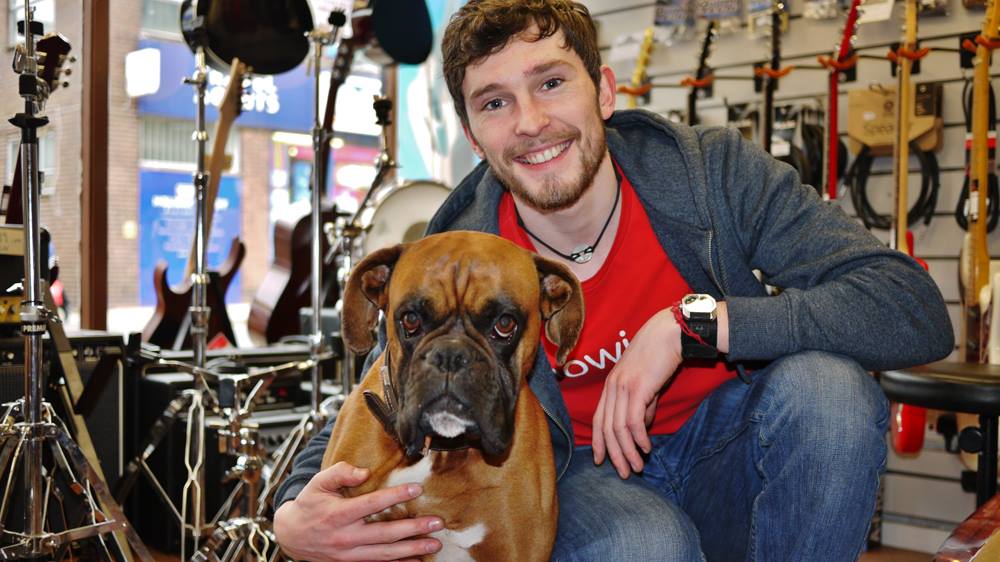 Who started Steel Town? / Give us a feel for the reasons Steel Town was started?

Steel Town Music was opened on the August bank holiday weekend 2006 by Ged Connor and his son Matt in a bid to nurture the local talent in the then thriving music scene. This included offering discounted PA hire and the opportunity to sell demo CDs at no cost. As well as selling all the necessary instruments and accessories required to start (and maintain) a band. 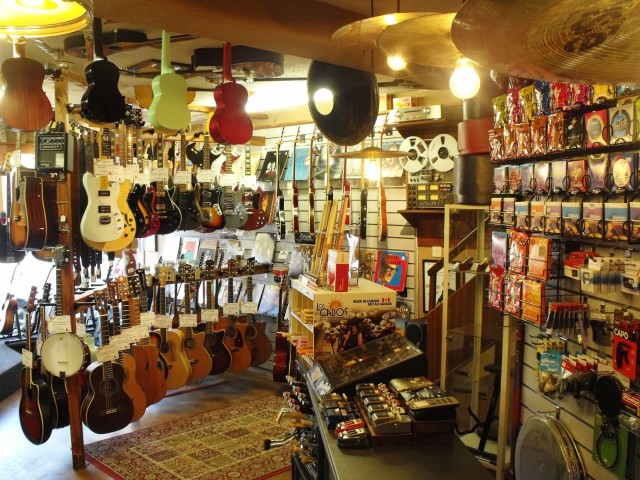 Tell us about the staff.

Ged is the owner, Matt is the manager as well as resident drum tutor, Rhian also works full-time and teaches, and more recently Mitch has began to teach on a daily basis as well. Matt’s cousin David Lowerson also teaches on Saturdays so it’s a family affair.

Rhian joined around 4 years ago, teaching on Saturdays whilst at college after Matt had joined him and Mitch in the Mitch Laddie Band. A year later, to prevent Rhian moving to Bournemouth in search of a job, Matt had him join full-time which meant the band could stay together, which they have ever since!

We also have some close and incredibly helpful friends that help us cover the shop when we end up away on tour with the band. (They know who they are!) 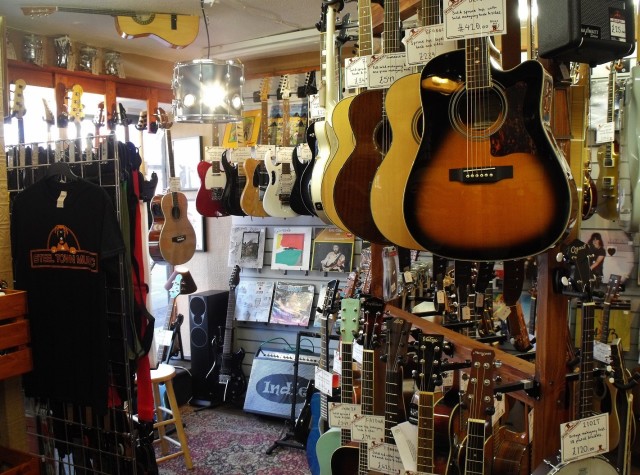 How has the shop progressed over time? / Have people’s musical tastes changed much over 10 years in terms of people picking up an instrument?

The Consett music scene unfortunately faded over time, which coincided with the demise of nu-metal, rock and indie in the charts and as a trend in general. However, some of the same people from those bands that went on to make new bands or study music, as well as the veteran musicians of the area had become reliant on having their handy local store for the things they would otherwise need to travel for.

The internet has certainly affected the shop, and has led us to selling a little more in the way of more rare and obscure second-hand guitars(, pedals, etc) as opposed to the same brand new guitars you can buy elsewhere to keep us standing out from the crowd.

We also began teaching a few years in to the shop’s lifespan, and have taught guitar, bass, drums and even ukulele to hundreds of people over the years from ages 4 to 70!

In recent times (the last couple of years) we have strived to arrange the shop in order to be able to stock as much as possible and have decorated the ceiling with guitars that are beyond repair and signed drum skins from when we’ve toured with the likes of Walter Trout, Johnny Winter and The Royal Southern Brotherhood. We also have a 1930’s wind-up grammophone on display as well as a fully working reel-to-reel tape recorder, so you could say we’re becoming part-museum as well!

We have also jumped on board the recent vinyl resurgence and now have a wall dedicated to second-hand records. 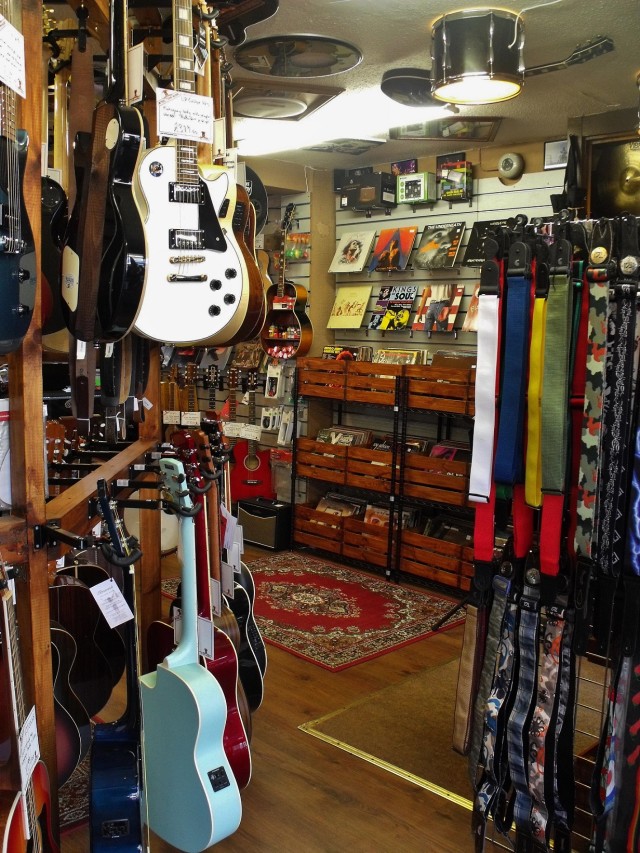 Tell us a little about Arnold.

Arnold is Matt’s boxer dog, who he’s had since he was a pup. He’s now nearing his 7th birthday so he’s been in the shop for all of his (and most of its) life! He can be seen most days lying in his bed in the window. 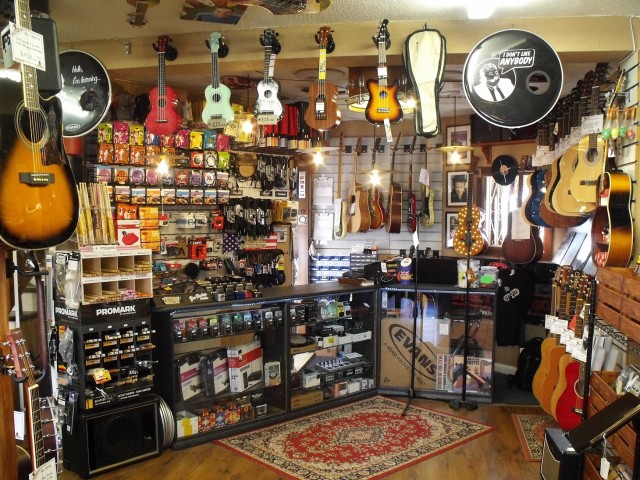 We’ve had our fair share of run-ins with some of the stranger characters of Consett including a woman that urinated on one of our rugs (dunno if you want to mention that) and during the quieter parts of the year we like to make daft videos to drum up a bit of advertisement. They can be viewed on our Facebook as well as our Youtube channel. Every tour we had in Europe last year was spent in the van, so you could say we spend an unnatural amount of time with each other but we all get along well enough to avoid any arguments!

Look out for 10th anniversary celebrations in the Summer!