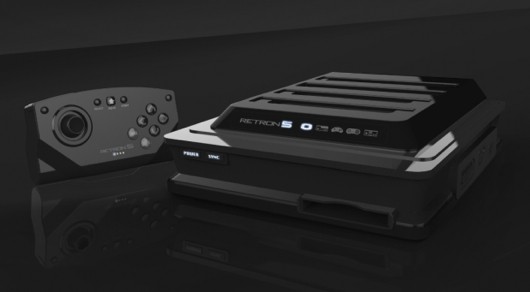 The Retron 5 will be hitting games shops around the world from July 2013.

The new gaming console will allow users to play a host of vintage games from a range of consoles including NES, SNES, Mega Drive, Famicon, and Game Boy.

Each system will include two controller inputs and support for bluetooth controllers so a more modern wireless control approach will be accessible.

The console will be available for under $100 and will have 720p HDMI outputs for all those new screens out there.

If you were a fan of any of the above consoles, then you will love the new Retron 5 which allows for a more modern approach to retro gaming.