This week on X Factor it was Disco Night. And County Durham’s Sam Lavery delivered a slowed-down interpretation of the Gloria Gaynor classic I Will Survive. Sam’s powerful rendition received a mixed response from the judges.

Last week, Sam found herself for the first time in the bottom three. According to show’s rules, one act can be rescued with a ‘lifeline’ vote whilst the other two have to compete in a ‘sing off’, after which the judges will decide who gets knocked out.

Sam said, “I was in the bottom three for the first time and it was literally the worst feeling. And I just kept thinking, ‘Come on Dermot, please say my name.”’

And Dermot did go on to reveal Sam had won the lifeline vote. Sam said,

Sam got another boost this week when her best friends from back home paid her a visit at the studio.

Sam said, “Katie and Jodie are my best friends, having them here was amazing.”

Sam’s mates brought along a box containing her teddy bear and a packet of her favourite strawberry-flavoured sweets.

Sam is from the County Durham village of Coxhoe and it seems the whole community has got behind her. Posters and banners have gone up on shops and houses, and hundreds of leaflets have been distributed urging people to vote for Sam.

And the whole of the north east appears to be supporting the likeable County Durham lass, with Newcastle and Sunderland football clubs encouraging fans to vote for the local singer.

Following Sam’s performance of I Will Survive, Nicole Scherzinger said, “You sound amazing, Sam. I think the song has the wrong tempo.”

“I like the production, but it was too slow for me. Your voice has a fire behind it. I wanted you to unleash on that stage.”

Louis Walsh commented, “Sam, I love your voice, I love that song, but for me, it was a little bit slow. I have to agree with Nicole.”

Simon Cowell said, “It’s always a little bit risky when you change the original version, but if we’d have done the original, it could have been a bit karaoke. I felt that you controlled the song; it was like a performance; it felt like your version.”

To claps and whoops, Cowell continued,

“You’re very gutsy, Sam. You’re 17-years-old. You take on a big song like that; you do your version. I think it’s gonna work.”

This week, Sam may need extra support. Yesterday, The Sun newspaper reported that gamblers were placing more cash on her to be eliminated than on any other act. The tabloid’s bet spokesman said,

“We have seen relentless money from shrewd punters backing her to go. She is now our clear favourite for the X Factor axe.” 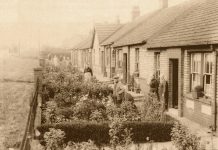 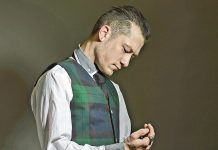