Our normally quiet town of Consett has been making news headlines today for all the wrong reasons.

National and local newspapers have been reporting that – unbeknown to many of its residents – Consett has become an international hub for websites specialising in hardcore pornography, gaming, gambling, internet dating, substandard ‘health’ products and dubious get-rich-quick schemes.

Consett residents have been persuaded to act as directors of ‘shell companies’ – firms whose sole purpose is to enable other companies to do business. Most of these people were unaware of the companies’ activities, and were paid a small annual sum just to be officially named as ‘directors’ on the companies’ paperwork and to collect and redirect mail.

Some have even claimed they have no memory of being made directors at all.

The evidence points to a local man named Simon Dowson. Dowson, 35, from Shotley Bridge, set up the shell companies so online businesses, many from overseas, that were seen as high risk by credit card companies would be permitted to take payments.

Dowson would provide these businesses with UK directors and addresses. These companies could then produce the official documents, such as annual returns and tax forms, that would enable them to operate under UK law.

Dowson operated his business through two main companies, which in turn established the shell companies that used Consett residents as directors.

At least 429 Consett locals either are or have been directors of companies connected to Dowson.

Over 120 have acted as directors of three or more companies during the past ten years. At least 13 were just 18-years-old when they were made ‘directors’.

In an interview with the international news agency Reuters, Dowson said that he normally made between £2,500 and £3,000 a year out of each company he helped. From this sum, he covered the cost of providing a UK address, a UK director and a tax return.

“All we’re supposed to be is just the names.”

The man said that he got involved in Dowson’s business after he was made redundant and a neighbour called round. The neighbour was offering people £50 to provide their names and addresses. The man said,

“We were all on the dole and it was free money. You didn’t have to do anything. You know, everybody was looking for money at that time.”

Both the man and his disabled wife signed up. They eventually became directors of 15 firms.

Such companies often lured people in with cheap offers, only to massively hike prices after customers inputted their credit card details.

Credit card issuers see such businesses as risky because customers can easily be conned and the credit card providers might then be forced to give refunds.

Reuters reporters called at 60 addresses of ‘directors’ in and around Consett. Of the 12 who answered the door, six said they had no memory of themselves or their family members ever having been made directors. One woman said,

“That’s really concerning, that is.”

One of Dowson’s shell companies had links to a German man who in 2010 pleaded guilty to illegally transferring $70 million in poker profits from a German bank account. No action was taken against Dowson or the shell company’s director.

In 2010, the UK Insolvency Service shut down 27 firms Dowson’s companies had created and staffed with Consett ‘directors’.

It turned out that seven of those companies – which lured online customers with ‘free trial’ scams – had turned over $19 million in just seven months.

Dowson disputes accusations that the directors were not told about the activities of the online companies. He told the BBC, “Nobody has been kept in the dark” and insisted they were given information about the companies, their responsibilities and any documents they were required to sign.

Dowson admitted that what he was doing was “not best practice” but insisted it was not “illegal in any way.”

Though some of the firms using Simon Dowson’s service have been investigated and closed down, neither Dowson nor any of the firms’ Consett directors have ever been prosecuted. Dowson himself went through what he called a “long and arduous process of investigation” in 2015 by the Department for Business, Innovation and Skills, but was never charged with any wrongdoing.

Nevertheless, Dowson has said that he plans to stop using inexperienced people as directors and that he will close down his two firms. Dowson, who drives a black Mercedes AMG and lives in a converted hilltop farmhouse, said, “I’m investing in a vehicle rental company.” 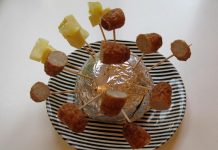 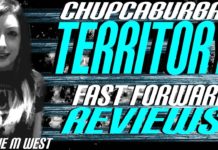 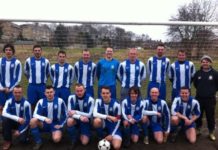 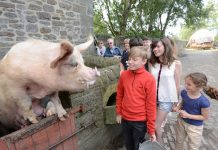 Get ready for a Summer of Fun at Beamish