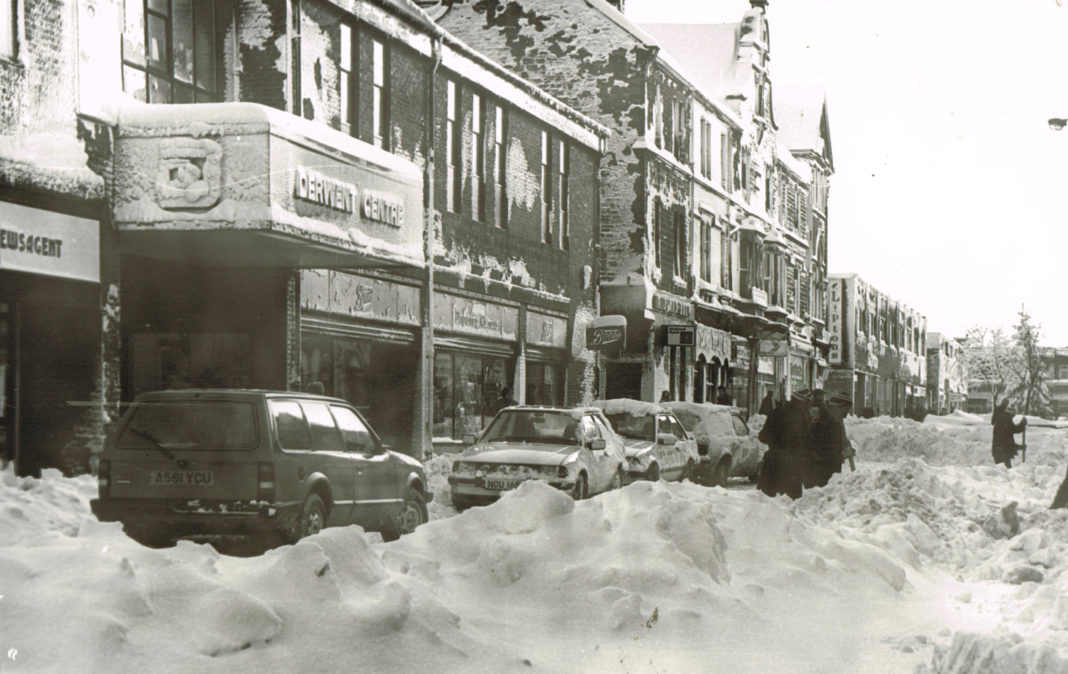 Consett has always been known for its infamous weather, something I am glad to say has not plagued the area as much in the last few decades (Please excuse me while I touch some wood). My memories are of the 1976 and 1979 big winters, the latter seeing me able to climb on to the roof tops in Iveston Road, Delves Lane and dive head first into the snow drifts. Delves School was closed for a number of weeks and without knowing it many local residents were walking over parked cars when making their way home. 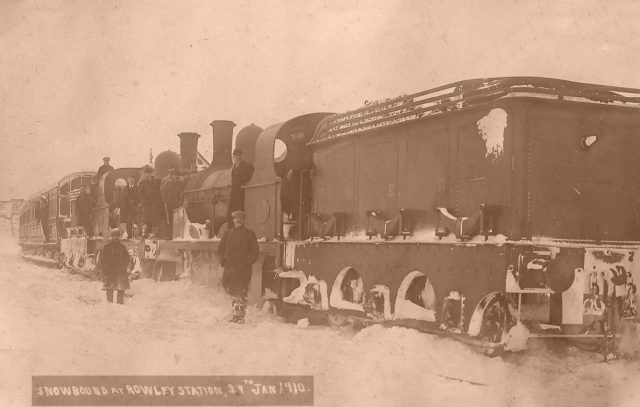 As kids it was fun. I can remember regularly running in getting changed out of my wet clothes and heading straight back out with new warm ones back on. It was weeks before a bus came down through the Delves but we all seemed to survive. I recall my dad digging out from the doorway along the path to the road. Each member of the street had done the same all meeting up to create a walled pathway. We made igloo camps, had mass snowball fights and revelled in the enormity of the winters snow. 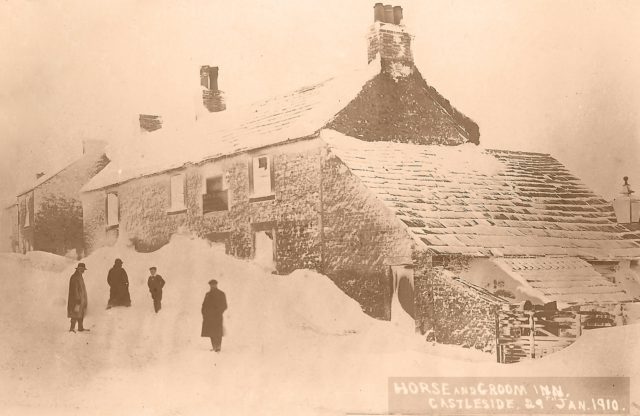 I never thought back then how it would effect the town. People unable to work, babies being born at home with the midwives struggling to get to the houses to help. It was just the way of things and from my research was the way it has always been in the area.

I found a newspaper clipping from 1880 describing snow drifts of 7-9 feet high which had totally obscured the train lines and cut Consett off from the outside world. The storm raged from the 5th December till the 10th December. By the 7th all work at Consett Iron Company had come to a standstill leaving 8000 hands idle and waiting for the snow to abate.

William Jenkins, CIC Manger learned from this and when a similar storm hit in January 1887 had his workforce clearing the roads to both the Works and the local Pits. Also hearing from the local Limestone Quarry that they were snowed in he took the 500 men who were unable to work due to the weather, packed them onto a train so they could clear the snow there too. A very industrious man. However, Jenkins also understood the necessity to look after his work force. For those who were unable to work or were struggling he supplied coal, up-to 100 tonnes, created a soup kitchen to feed 1000 soup and bread, as well as taking care of locals not connected to the company.

This is a tradition of the Consett community that has always been prevalent, even when I was young, the ability and need to look after the entire community. Everyone helped each other, looked out for their neighbours and friends. There are pockets of this community still about and I am pleased to say seem to be growing. I still love to see the snow today but just with a little more trepidation.