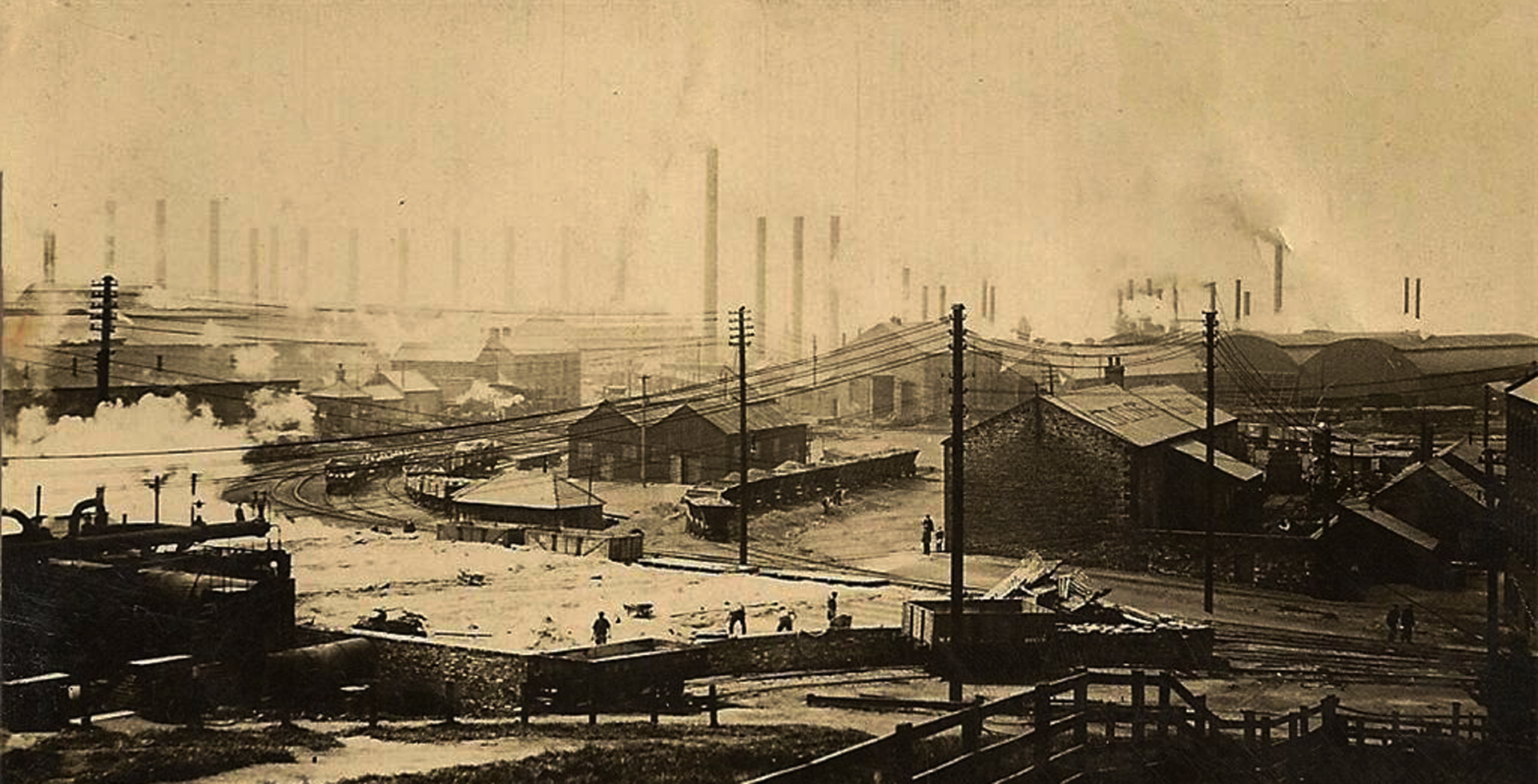 In Spring /Summer of 1866, Consett Iron Works, along with many other Iron Traders across the North East of England, found themselves at the hands of the newly formed trade unions. Acting in response to announced pay cuts, of between 10 and 60%, the unions took the men out on strike. It was a truly united front by the workers who had finally found a voice against the employers. A major factor in the struggle was the then newly formed Amalgamated Malleable Ironworkers of Great Britain, a 6500 member strong union, mostly from the North East.

It was a hard time for the families in our area. With the men out of work no money was coming in, there was a lack of food and bills began to build up. The newspapers reported almost daily, speculating on the outcome. The Iron Traders were also feeling the pinch as the furnaces lay idle out and their orders were unfulfilled. The summer months came and went without any movement from either side. The people of the area rallied as they always did, neighbour helping neighbour with what little they could.

A small respite in the form of a local celebration came on the 28th August with the official laying of the foundation stone of St Ives Church, Leadgate. The newspaper covering the story stated:

“Although at present,  in consequence of the strike in the Iron Trade, some hundreds -nay some thousands – of ironworkers in the neighbourhood are off work, yet a stranger to Leadgate on Tuesday would have failed to recognise any such depression in the demeanour in the hundreds of spectators and participators – all of whom must, more or less, be interested indirectly with the strike – in the joyous ceremonial witnessed on the Redwell Hills”

Consett Iron Works were not the worst for the reduction in pay, more the 10% reduction, when at the end of September, after almost 4 months without pay, 100 puddlers marched to the Iron Company offices and signed to return to the reduced rate on Thursday 27th. The bosses sent out a bellman notifying that anyone wanting to return could do so, and they would be expected first thing on the Friday morning. The strike for the Consett Steelworkers was over,  although it continued for many others well into the December. Unfortunately for all, when it did end, it was to end in defeat.

However, it was not a full loss. It brought about the formation of the Board of Arbitration and Conciliation for North of England, set up by David Dale, later to become Sir David Dale. This board enabled both workers and employers to come together to sort out their differences, with an impartial intermediate. This rise in unionism made the movement even stronger, even though the initial outcome was not a good one. There was now a need for the trade unions to be given legal recognition. The Liberal government in 1871 started this, but with lots of initial legal restraints and binds. It was Disraeli, who in 1875, was the one to truly free the trade unions from the burdens of which the new legal status had been surrounded, allowing the unions once and for all to legally give a voice to the working man.