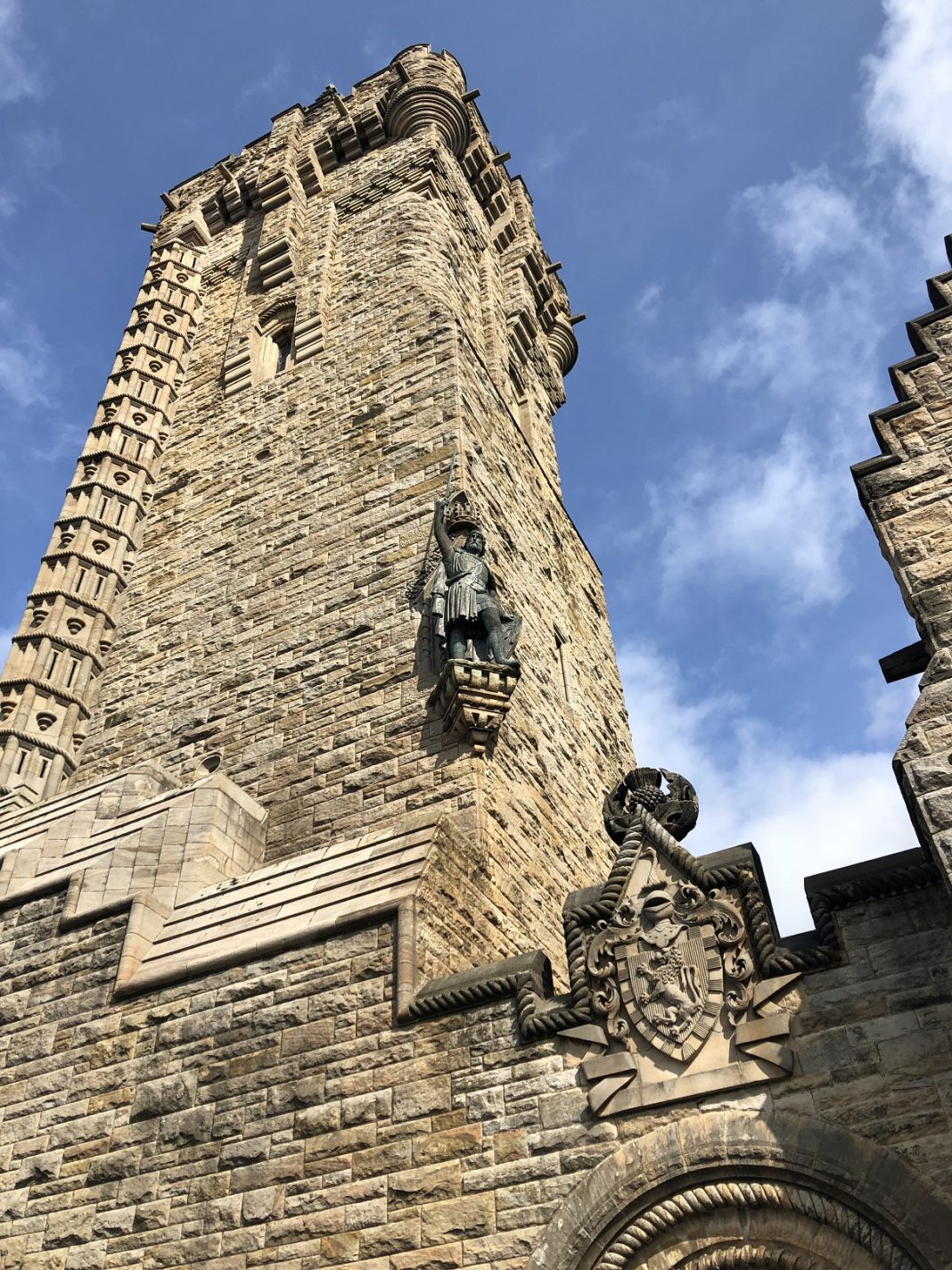 I was preparing this article on a train to Edinburgh for a meeting, I was checking kitty bingo promo code on my laptop had in my mind’s eye a walk over Old Stirling Bridge, up towards the Wallace Monument, back through Cambuskenneth to the abbey ruins and over the footbridge to Stirling city. Amazingly, when I spoke to the man sitting next to me in the meeting, it transpired that he lived on Stirling Riverside and did this very same walk (minus the climb to the Wallace Monument) with his dog regularly.

The east coast main line operator LNER offers one train a day to Stirling, the Highland Chieftain service to Inverness which is a diesel hauled IC125 locomotive, soon to be replaced by the new Azuma trains. It leaves Darlington Monday to Friday at 1423 (Newcastle 1454) arriving Stirling 1719, and the return journey is at 1032 from Stirling, arriving 1253 at Newcastle and 1324 at Darlington. To make the most of your day or days in Stirling you can use an earlier train north changing to Scotrail at Edinburgh, and return home later, and there are plenty of cheap seats on this route. Different timings apply on Saturdays and Sundays for the Highland Chieftain. 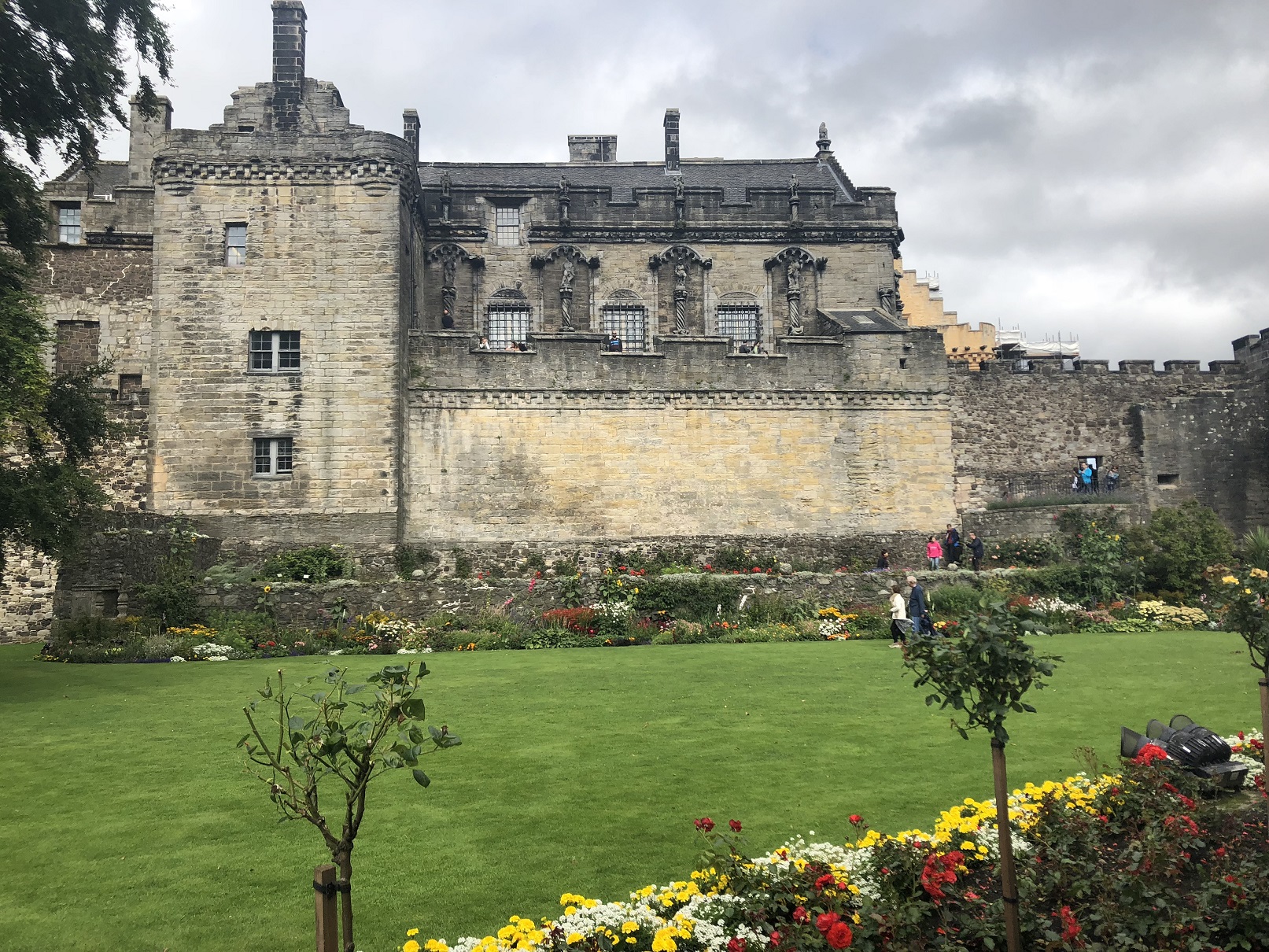 Stirling was created a royal burgh by King David I of Scotland in 1130, and our present Queen gave it city status at her Golden Jubilee in 2002. Stirling, “like a huge brooch clasps the Highlands and Lowlands together”, and it is often quoted that “he who holds Stirling, holds Scotland, as a result of its key position as the traditional lowest bridging point of the River Forth. I often visited the city as part of a single day tour for my railway station apprentices covering Edinburgh and Glasgow too, but a full day can be enjoyed in Stirling alone, visiting the Castle high on a rock, the jail (closed for the winter) and the Wallace monument just north of the town, easily walkable or use a local bus. The oldest known citizen of the Stirling area is Torbrex Tam (Torbrex is a suburban area of Stirling), whose bones were dated between 2152 and 2021 BC. The most significant battles in the area, both of which were lost by the English, were in 1297 at Stirling Bridge and 1314 at Bannockburn involving “Braveheart” William Wallace and Robert the Bruce respectively. 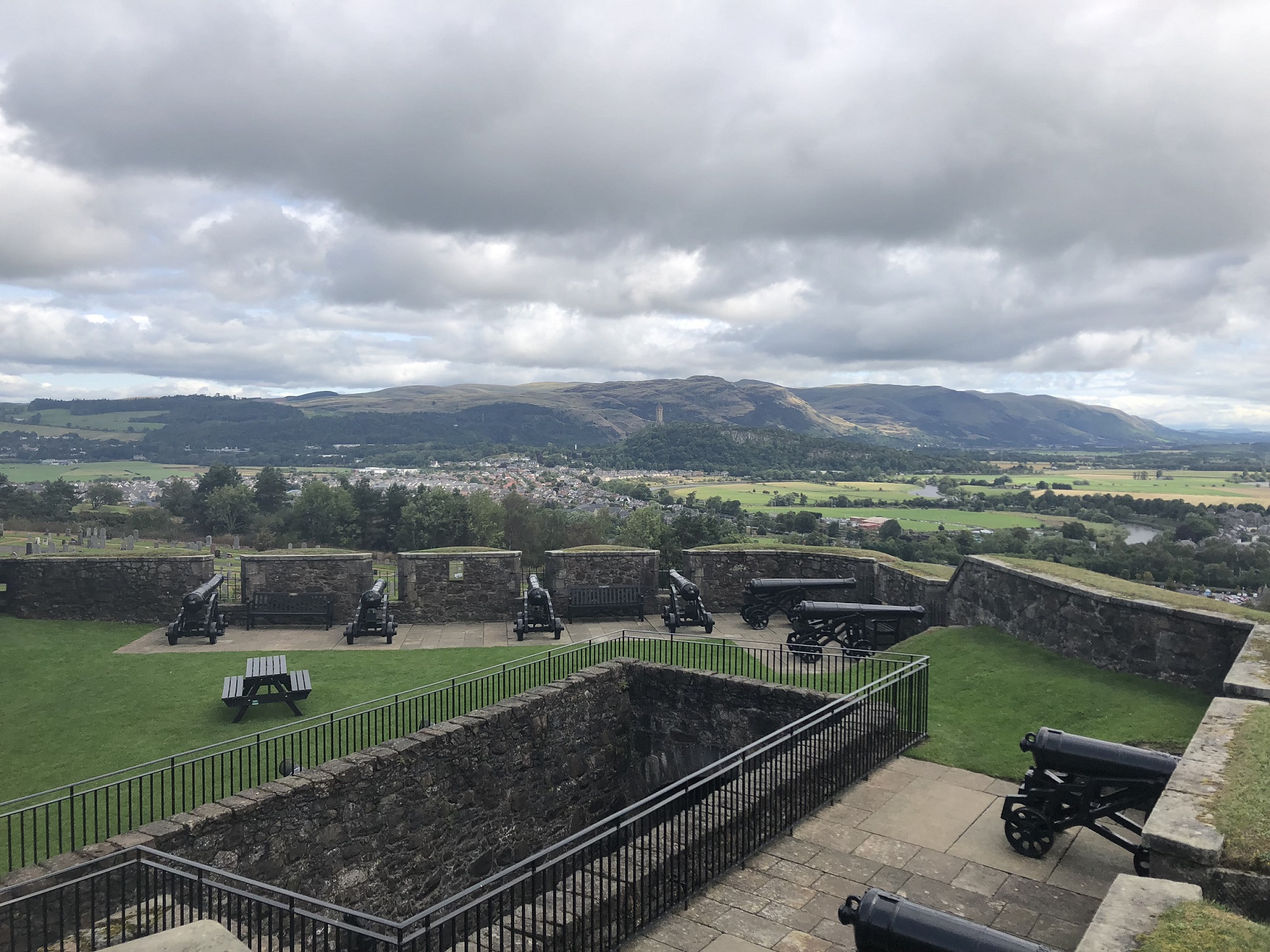 The Church of the Holy Rude is one of the town’s most important buildings, founded in 1129, and reputed to be the only surviving church in the UK excepting Westminster Abbey to have held a coronation. On 29 July 1567, the infant son of Mary, Queen of Scots, was anointed James VI of Scotland in the church, later to be King James I of England from the union of crowns in 1603 to his death in 1625.

The city has a population of nearly 50,000, and it is an important regional centre with about half of Scotland’s population living within an hour’s travel time. The Castle is open through the winter, administered by Historic Scotland, and the tall Wallace Monument too. The Museum and Art Gallery is free to enter, and also open during the winter. Cambuskenneth Abbey, a village across the River Forth accessed by footbridge, is where William Wallace’s remains were buried, but not until after he had been taken to London’s Smithfield in chains, hung, drawn and quartered and his head, dipped in tar, was exhibited on London Bridge. The giant monument, erected in 1869, which can be climbed by visitors, is a more fitting memorial to one of Scotland’s most famous sons.