Home Sport How Can Poker Fans Get Their Fix in Consett? 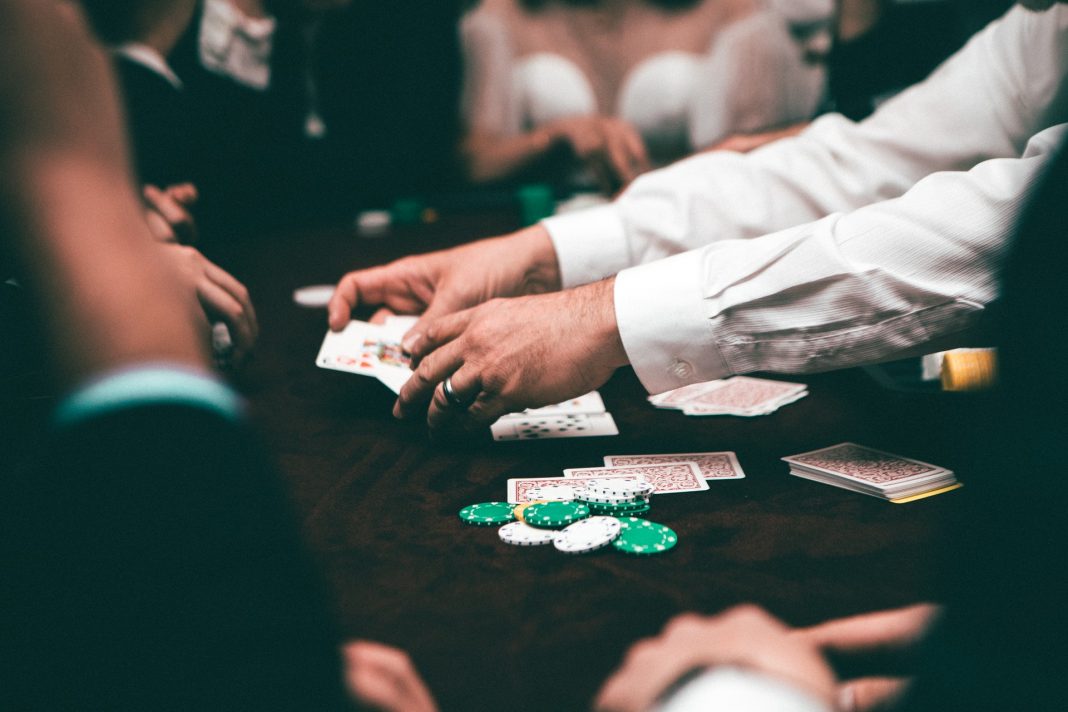 Ever since the poker boom of the mid-2000s, during which there was a massive rise in the number of online poker sites available, the card game has been immensely popular across the UK.

There have been 52 World Series of Poker bracelet winners from England, with the likes of Dave “Devilfish” Ulliot and Liv Boeree among the best-known and most successful players to have come from the country. With poker taking the world by storm, there are so many places for keen players to get a game. Consett is no exception, and along with the Grove Club there are various smaller games for players in the town.

Weekly Tournaments at the Grove & Moorside Community and Social Club

The Grove hosts a poker tournament every Friday night.

The Grove & Moorside Community & Social Club is one of the best spots for events in Consett. It has hosted popular evenings such as the April Fool Comedy Spectacular and Complete Madness, and the spot on Deneburn Terrace comes highly recommended by guests. Most people praise the location for its community support, the exceptional live entertainment, and the friendly atmosphere.

Along with all the exciting events and parties at the Grove Club, it also has its own poker team made up of dedicated players who meet up on a regular basis. There are weekly poker tournaments held on Friday evenings, with new players made to feel welcome. Registration for the event begins at 7.30 pm and the tournament starts at 8 pm. The prizes involved vary depending on how many people enter, and once a player has registered they will be given a certain amount of chips to use in the game. There is also a point system that gives players the chance to win trophies and cash prizes.

The tournament follows a traditional structure in which blinds start off low and get raised gradually at timed intervals throughout the evening. This helps to whittle the number of players down and stops the tournament from going on for too long. By the end when there are only two players left with all the chips, they will be forced to make big bets in order to steal the huge blinds or in an attempt to take each other out.

The Grove Club’s poker tournaments could well be considered the highest level of live poker available in the town, with a lot of serious players attracted to the weekly event. Some players may feel a bit apprehensive about attending at first, especially if they are new to the game or out of practice. If you fall into this camp, there are plenty of other smaller games around Consett that could help you gain the confidence needed to participate in a bigger game.

One of the top pubs for a poker night is the Golden Lion in Leadgate. This buzzing establishment has regular live events, DJs, numerous television screens and a beer garden. The poker nights are popular among the locals. Those who get knocked out early can keep themselves entertained with the dart board, or practice for the Consett Pool League at the pool table.

If you are nowhere near the Golden Lion, it shouldn’t be too hard to find a poker night at a pub which is closer to where you live. There are numerous options in the Consett area, as it seems that poker is a big thing to residents of the area. Some of the main pubs that have poker nights are the Commercial Hotel in Tantobie, the South Moor Excelsior Club in Stanley, and the Black Horse in Waterhouses. If you feel like checking out a game in one of these places, be sure to call ahead first to check the times and dates.

Get to Know Rules and Strategy Before Playing

Knowing the rules of poker is the first step towards mastery.

Playing poker online is a great way to prepare for these live games, especially for new players. Indeed, some of the best-known players in the world started their poker careers by playing online. These include the likes of 2017 WSOP Main Event winner Scott Blumstein, and high-stakes poker regular Tom Dwan. Online poker brought about a new way of playing the game, in which players were able to develop a much wider set of skills. When playing online games, players can’t see each other. For this reason, there is a heavier focus on mathematical probability and odds. Players learn how to decipher what the right amount to bet is in a particular situation.

New players can start off by playing low stakes in online games until they get the hang of how the game works. Going into a tournament without knowing the basic poker rules could be disastrous, as you may misinterpret the value of your hand. New players often get confused about what beats what out of a full house, a flush, and a straight. You also need to know the difference between some of the poker variants that people like to play. For instance, in Texas Hold’em each player receives two hole cards, but in Omaha Hi-Lo, they receive four. In both strains of the game, five community cards are dealt into the middle of the table.

After learning the basic rules and how players to the left of the dealer need to post blinds, you can then examine how playing in different positions on the table can work to your advantage. For example, when you are the dealer you are the last to act in each round of betting. This can help you get a lot of information about what the other players might be holding by seeing if they decide to check or bet.

It is clear that Consett is a great place to live for poker fans, as there are numerous choices throughout the town when it comes to finding somewhere to play. Don’t forget to master the basic rules and strategy before you go to a live game, in order to give yourself the best chance of success.