That band – formed in 1879 – has now been commemorated with a blue plaque. The plaque has been affixed to the Citadel, in Sherburn Terrace, Consett.

A number of bands around the country once claimed they were the first ever Salvation Army band. A special board of enquiry was established at the Salvation Army’s International Headquarters in London to look into the matter and the board decided that the Consett band was the first.

The Consett Citadel Band were sent a letter in 1906 confirming that their ensemble was the church’s oldest. The first picture of the band was taken in 1929 as part of its 50th birthday celebrations.

One of the band members in the picture was Richard Chambers, whose great great granddaughter – Kelsey Thackeray – plays in the current incarnation of the Consett Citadel Band. Kelsey presented a bouquet to Sue Snowdon, the Lord Lieutenant of County Durham, when she unveiled the blue plaque.

In their early years, the band practised in a number of premises around Consett, including the Salesrooms in Middle Street.

In 1902, the band moved to a purpose-built base, the Sherburn Terrace Citadel, which has now been honoured with the blue plaque.

Durham County Council is currently encouraging people from across the county to suggest buildings that – due to their connections with historic figures or events – could be eligible for blue plaques.

The secretary of the Consett Citadel Band, Mel Soulsby, said, “During 2019, there have been a number of celebrations to mark the Consett SA Band’s 140th anniversary.”

“To receive the news that Durham County Council was to award a blue plaque to the band was met with great delight and set the seal on a great year of celebrations.”

“It was in December 1879 that the band made its very first appearance playing carols. The significance that the blue plaque was awarded and unveiled exactly to the month 140 years ago was not lost on the band.”

Cllr Joy Allen, Durham County Council’s cabinet member for transformation, culture and tourism – who attended the unveiling ceremony – said, “This year, Consett’s Salvation Army band celebrates its 140th anniversary, and we are extremely pleased to be able to help them mark the occasion with the awarding of a blue plaque.”

“The Salvation Army is known around the world so to be able to say that the organisation’s very first band was established right here in County Durham is a real honour for our area.”

The Paradise Dropped from BBC 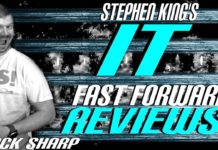 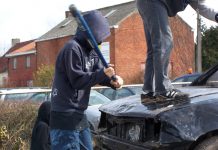 Fewer County Durham Youngsters than Ever Getting in Trouble with Law