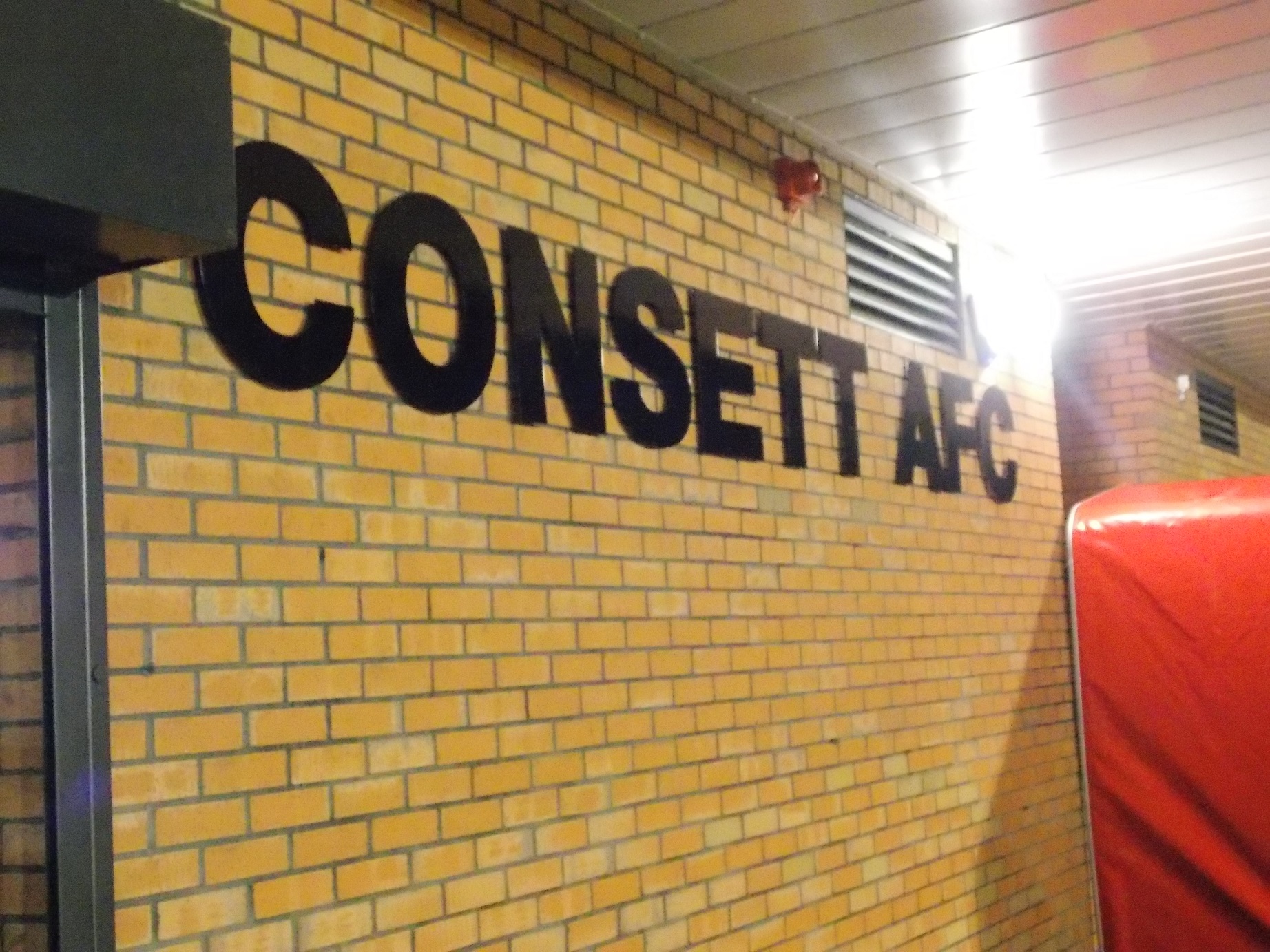 First of all, the club hopes that all families and friends of the community are safe and well.

On Saturday the 7th March history was created when Consett AFC, for the first time in its history, secured a place in the semi-final of the FA Vase in front of hundreds of loyal travelling Conny Army fans who had travelled all the way to Atherstone to join in the festivities.

Whilst Consett started the game strongly it was Atherstone who took the lead after 10 minutes through Ryan Quinn following a loose ball breaking from a corner. Consett continued to press and enjoyed several chances which did not translate into goals and at half time it was the Adders who went in with a 1 – 0 advantage. Consett applied a lot of pressure after the interval and it was no surprise when they drew level on 61 minutes with a terrific strike from right back Jermaine Metz. The crowd went wild with drums being beaten, bells being rung and signing coming from the Consett supporters. Consett continues to apply a lot of pressure but the Atherstone defence was steadfast with the scores finishing level at 1 – 1 at full time.

10 minutes into extra time and Consett took the lead through an excellent header from Calvin Smith and the crowd went wild. 4 minutes later and the Conny Army where in heaven when it was that man Clavin Smith who scored his second goal of the game and Consett’s third. The final whistle blew after 120 minutes and immediately the players headed straight to the travelling Consett supporters to celebrate the historic victory and celebrate they did. What a wonderful day.

Little did we know this was the last game that Consett were to play this season. The following week lockdown was imposed and all football as we know it came to an end. Clearly everyone involved in the club has missed the game but sadly many have suffered during this pandemic both physically, financially and emotionally. All of this is much more important than football and during this period we have learnt the true value of family and friends. However, at some stage we need to return back to possibly a new normality and the club has worked really hard during the shutdown to ensure we are in a good position to welcome everyone back. The function room, changing rooms, boardroom, toilets and other facilities have all been completely redecorated to welcome our customers back safe and well. The club has carried out detailed risk assessments and secured PPE to ensure the welfare and safety of everyone is cared for. This has been tough times for the club as it is for other business and families but we will come through this and enjoy many more happy times together.

Speaking of which the National FA are seeking a date when the FA Vase final can be played at Wembley and once, we have this date we can work back over with regard to the semi-finals. We have expressed our wish and desire that these games need to be played in front of the supporters and the FA have promised to do its utmost to facilitate this but they do also have to follow Government guidance.

The club has started taking bookings for functions and any more would be more than welcome. As well as weddings, birthdays, engagements and other celebrations we shall also be taking booking for christenings. Season tickets have started to sell well and it hoped that we should be back playing competitive football at all levels sometime in September. Keep watching the website, Twitter and Facebook for updates and fixtures which we will post once we have them.

In the interim though we hope everyone stays safe, healthy and happy throughout the community.