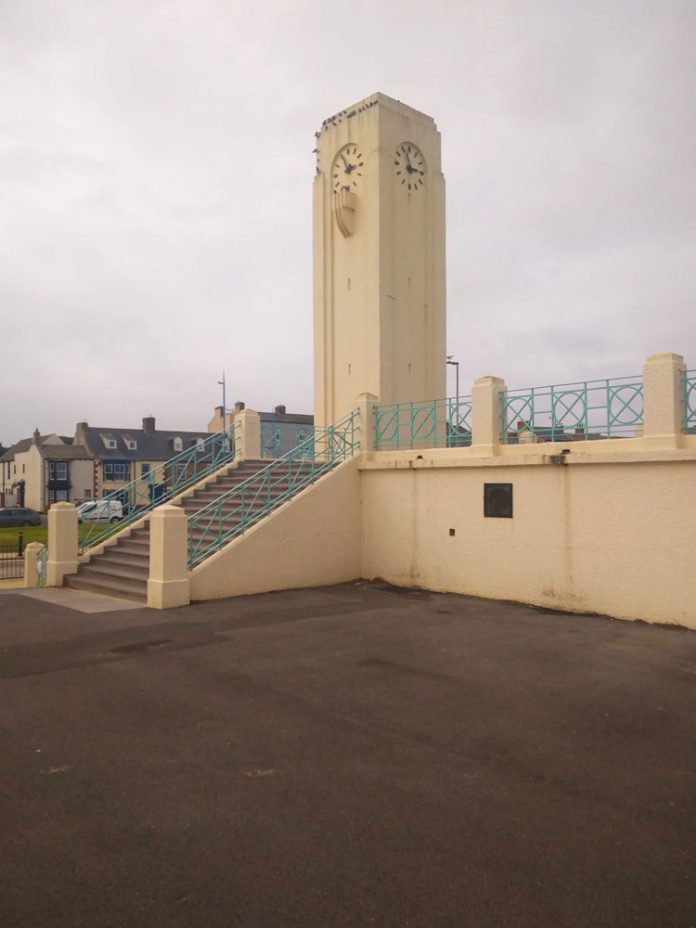 Convalescing after an operation, I wanted a night away at the seaside, but not too far away.  I returned for the first time in years to Seaton Carew, a small beachside resort which is a southern suburb of Hartlepool.  I stayed in the Marine Hotel, which was built in 1900 – a very good year for building hotels, at a time of Victorian confidence and exuberance – and got a double room (just for me) with sea view for £70.  There is a station on the coastal Middlesbrough to Newcastle line at Seaton Carew, but it is a 15 minute walk inland, so I bought a ticket to “Hartlepool Plus Bus” and after lunch in Hartlepool took the 15 minute service 1 by Stagecoach to right outside the hotel.  I did try to visit the Cameron’s brewery which gave every impression on their website that tours had been reintroduced with details of the three days a week they were open.  Annoyingly it was not, even though I phoned twice as requested.  I was pleased to be staying at Seaton Carew overnight as both the Hillcarter and the Grand Hotel in Hartlepool have recently closed.

After checking in at the Marine and a walk round the attractions of Seaton Carew, and admiring its splendidly clean and virtually empty sandy beach, I had a look at the range of fish and chips shops, Larry’s Lanes for ten pin bowling, Lofty’s open air Crazy Golf, the two amusement arcades “Talk of the Town” and “Ernie Nichols’”, the brightly coloured beach huts which have newly appeared there and at Saltburn, and the small fairground close to the clock tower, I went back into Hartlepool.  The bus takes about 20 minutes into Hartlepool, and the bus stop for Seaton Carew rail station is a ridiculously long walk beyond the station.  Take a tip – use the bus!  That’s the benefit of the Plus Bus scheme which offers unlimited local bus travel for £3.80.  I went to visit the town’s excellent free museum adjacent to the Museum of the Royal Navy and up on bus 7 to explore the Headland before a repeat journey on the 1 bus to Seaton Carew. 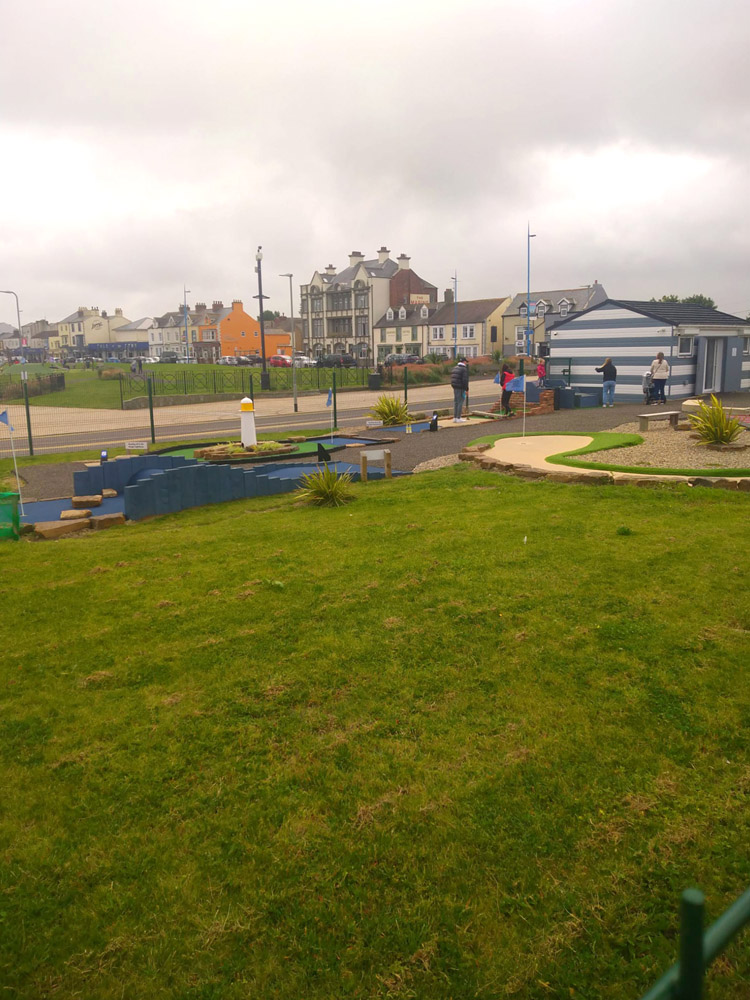 There was a choice of fish and chip restaurants, a carvery in the hotel, and a single Indian restaurant for evening meal about 2100.  I reckoned that a decent curry might help resolve an unwelcome side effect of my medication and plumped for the Seaton Tandoori, which served up a good meal despite initially placing me in the front window and forgetting about me.  The curry was duck, with a good egg rice and peshwari nan, with friendly service and a couple of Cobra beers.  When I got up to a lovely sea view in the morning, this combination had done its necessary work.  Breakfast was extra but a tasty offering of buffet items.

I originally planned to get the train back home, but took the bus south from Seaton Carew’s iconic 1930s bus station with its impressive clocktower through the industrial heart of Teesside (something it would be difficult to admire by car when you need both concentration and a bit more height).  Travelling on the 1 into Middlesbrough and the 36 back to Stockton I went to admire the Stockton Globe, a sublime 1937 art deco performance venue due to reopen shortly after a long period of dereliction and restoration.  In theory a great place to go by train, but I fear the railway service might cease too early to accommodate evening concert-goers at this new venue, the largest between Newcastle and Leeds.