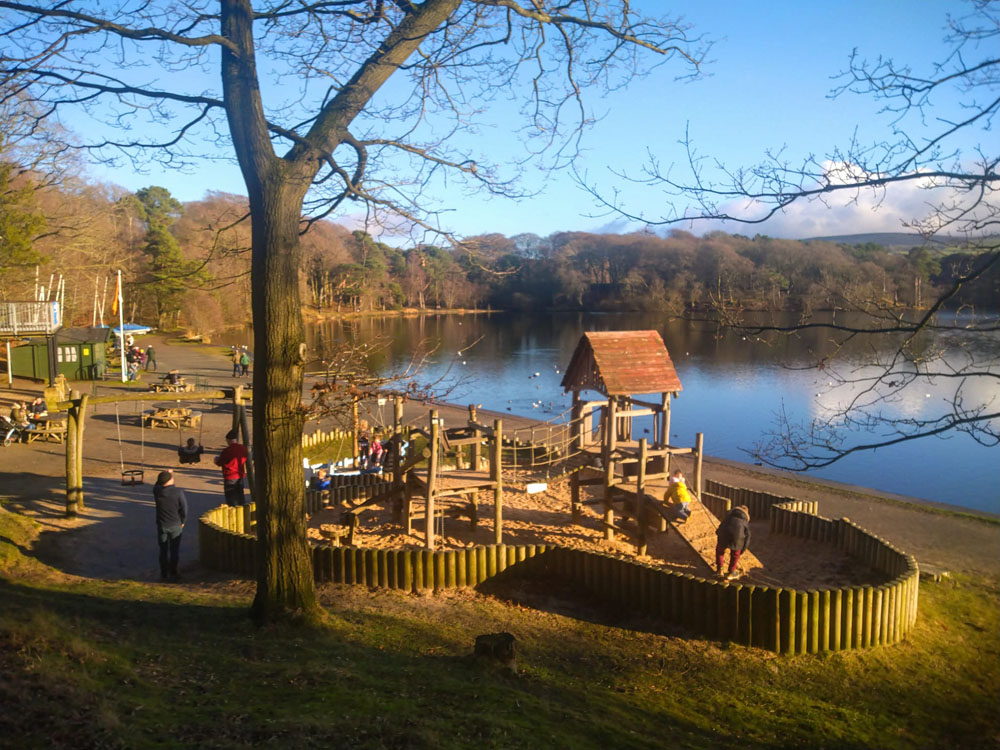 I wrote an article on Brampton in Cumbria after my planned trip there was cancelled after the Tier 4 lockdown measures were introduced.  My piece at the beginning of 2021 had to be illustrated with pictures by a local photographer.  Brampton can now be done easily as a day trip, as the journey is only 70 minutes from Newcastle, but is better as an overnight stay, especially when there are fine inns like the Howard Arms to support.


Originally Brampton Junction, the junction was removed in 1923 when the spur line to Brampton Town was closed.  The branch was known as “the Dandy” and I started my exploration from Brampton station by following the old line towards the town.  Under the Brampton bypass road there is a pedestrian tunnel too small to permit a train to pass through.  I dropped off my bag at the Howard Arms as it was too early to check in, although they said they would put it in my room.  I then walked east to the New Mills trout farm where I was hopeful of having lunch at “The Bite” which is the highest rated café in Brampton.  Unfortunately, there was a chalk board at the entrance which claimed that the café was, simultaneously, closed for the day and also fully booked, which seemed something of an achievement.  I carried out a one-way conversation with three friendly alpacas and retraced my steps to the road northeast to Lanercost  Priory where a very pleasant café fed me with steak and cheese ciabatta.  I explored the church which was created by reroofing the nave of the original monastery, whilst the central crossing, transepts and Quire were left as ruins, now in the care of English Heritage. 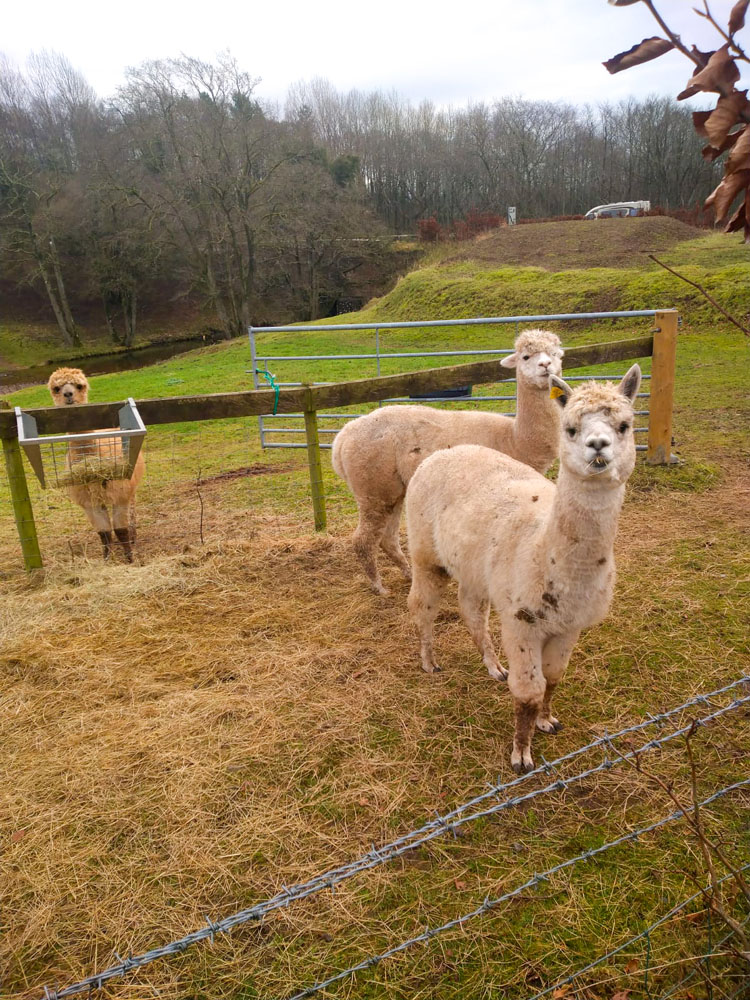 It was a good two miles walk to Lanercost from Brampton, pleasant enough but not really deserving of a return trip.  I left Lanercost at 1445 reckoning that I could walk around the grounds of Naworth Castle and intercept a bus about 1530 on the 685 route from Newcastle to Carlisle.  I had checked there was a stop there on the Stagecoach website.  I got back to the stone bridge with two arches built about 1724 by four local masons which can still be crossed on foot.  For vehicular traffic the bridge was replaced in 1962.   Forking left up a steep hill I climbed up to find grassy fields surrounding the country seat of the Howard family and arrived at the A69 junction five minutes before the hourly bus duly appeared.   There was no actual stop sign but the bus driver was happy enough to pull into a road opening for me to get on.  My hotel was near the bus stop and adjacent to a turf accountant and Saturday night ended with the Star Anise restaurant which I found on the Roam app. 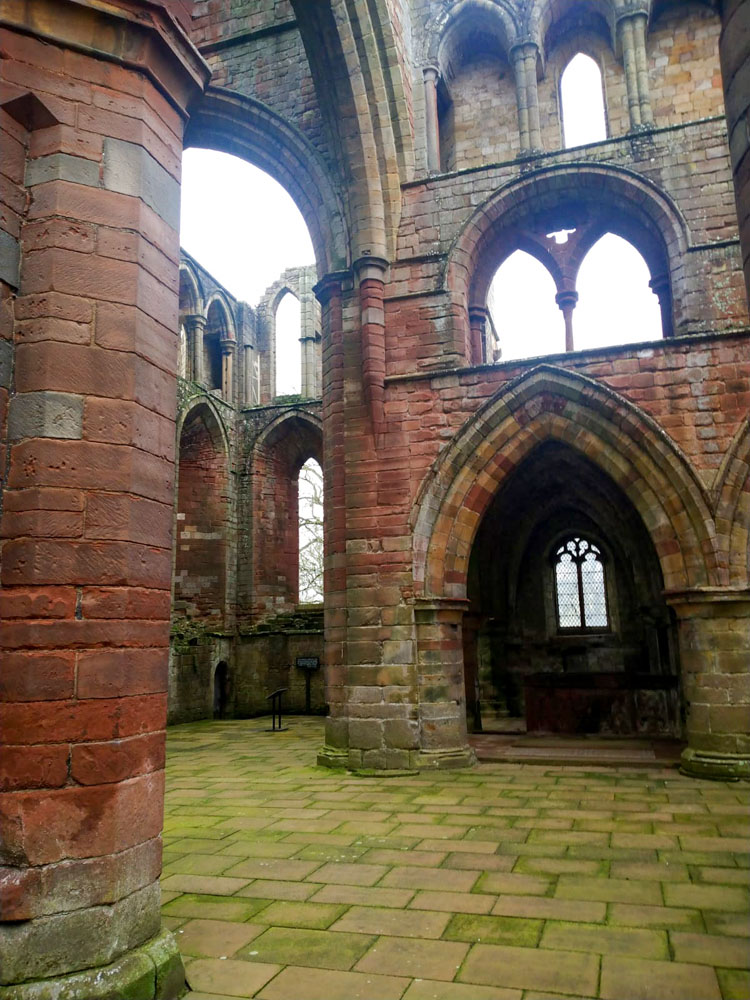 After eggs benedict at breakfast and a service in the glorious Arts and Crafts church, St. Martins, designed by Philip Webb, I checked out of the hotel and walked via Brampton station to its nearest tourist attraction, Talkin Tarn.  Down the road parallel to the railway, until meeting a footpath to the left and then over the fields surrounded by glorious English countryside in all directions.  You enter the country Park surrounding a large lake by the back door, and the ladies in the tearoom kindly let me leave my case in the disabled persons lift, unused as the upstairs café was closed.  It took 40 minutes to circumnavigate the lake on foot, and then back to the station for the 1506 train home.