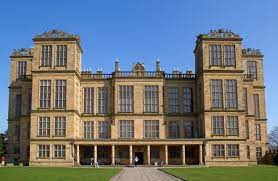 A MAJOR North East festival is getting the party on the road early – thanks to a number of new bus services created to take people to Hardwick Hall.

Hardwick Festival takes place this weekend (August 20 -21) with a stellar line-up including headliners Stereophonics on Saturday and The Specials on Sunday.

And for the first time it’s easier to get to the event than ever, thanks to a partnership with one of the region’s top bus companies.

Organisers have teamed up with JH Coaches, which will be laying on transport to and from the site from various locations across the North East over the weekend.

Five routes have been created, including from Newcastle via Gateshead, Washington, Chester-le-Street and Durham, then from South Shields to Sunderland, Hartlepool and picking up at Billingham before arriving at Hardwick

The third route will go from Spennymoor via Newton Aycliffe and Bishop Auckland, with a bus also running from Stockton and Middlesbrough and also Northallerton to Hardwick via Darlington.

Return journeys start from £12.50p and can be booked at https://www.jhminibreaks.co.uk/Tours/Hardwick-Festival

“This is a fantastic stress free way to get to Hardwick from towns and cities across the North East in comfort and also to get back home again.”

Hardwick Festival features an electric line-up of performers this year including BRIT winners Becky Hill and Ella Ayre, The Proclaimers, Seasick Steve and a whole host of local talent.

There is a full programme of children’s entertainment across the two days, plus sessions by world renowned DJs featuring names such as Danny Tenaglia, Purple Disco Machine, Robin S and David Penn.

Camping and glamping passes are also available for those who want to immerse themselves in the festival experience.