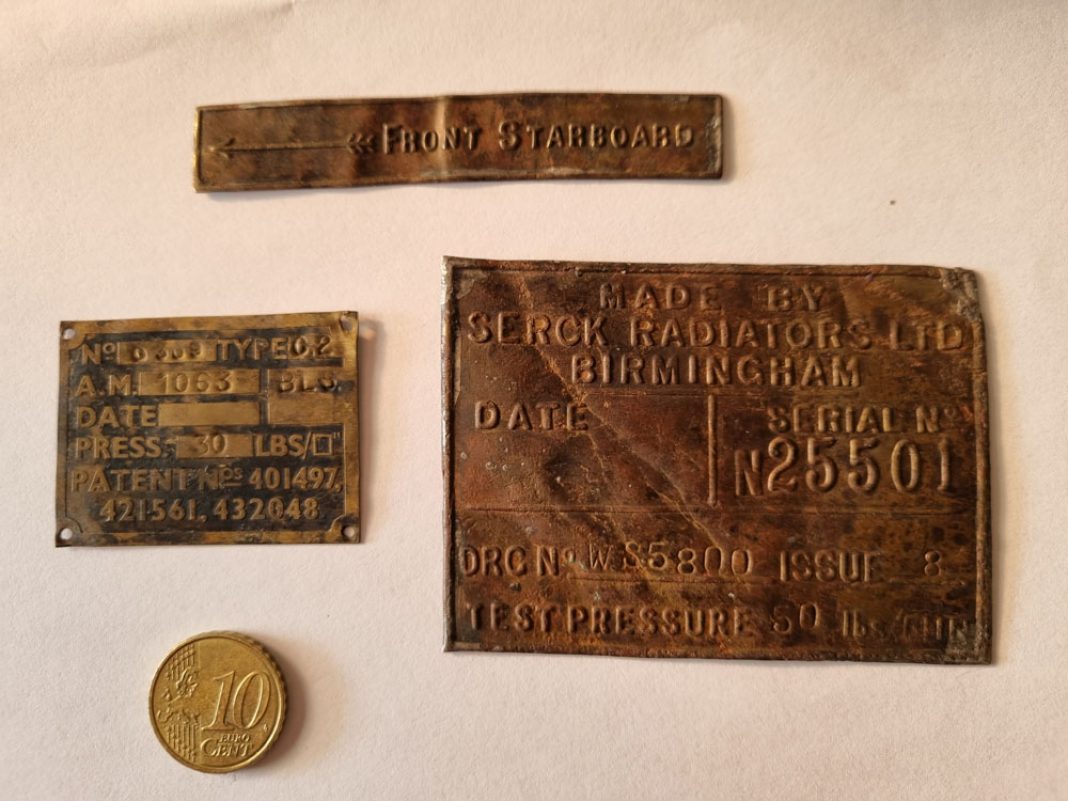 My name is Léon Wijers and I live in Baexem, Netherlands.

On August 17, 1941 a bomber from the RAF was shot down and crashed against a railroad bridge over the Maas River in Buggenum,
The Netherlands.

My father and grandfather, who lived in a small village (Leeuwen) opposite from Buggenum, at the other side of the Maas River, witnessed the crash that night, but couldn’t do anything to help the crew from the plane, a Armstrong Whitworth Whitley (Z6754).

The 5 men died and one of them was Arthur Brown, born in Blackhill, Durham; he was married. The crew was buried at Jonkerbos, Nijmegen, The Netherlands.

Time passed by, but in 1963 the level of the Maas River was lowered because repairs had to be done at the weir in Roermond.

We found some pieces of metal from the plane on the crash site and on three of them were little identification plates, two from the engines (radiator) and one small plate (front starboard).

The plates were put away and forgotten for many years. Now, by cleaning up the house from our (longer ago passed away parents) we’ve found this identification plates and we thought that maybe descendants/relatives would like to have a plate, as a piece of remembrance off the brave men, who died for the freedom of so many.

I’ve been searching a long time but didn’t succeed, mostly because of privacy rules.

I now write this with the big question: do you know anyone who can help me in my search?

It would be a great honour for me to give the plates to the family from Arthur Brown, so they would have a piece of memory from the plane, in which Arthur Brown fought for freedom and justice and gave his life for.

If you have any information, please send an email: