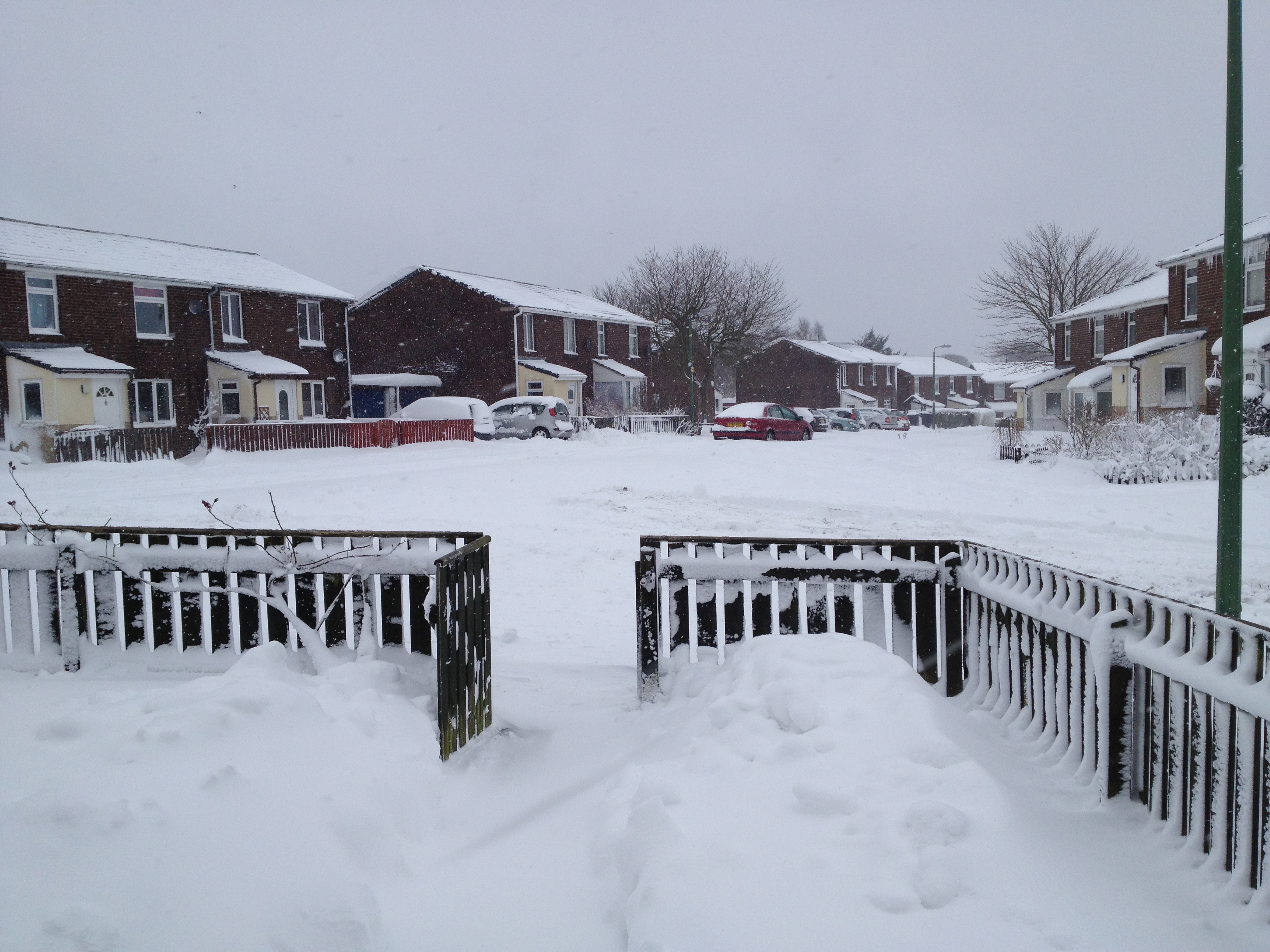 As predicted the snow is back and Consett has seemed to have had the worst of it so far. To add to the snow which fell over the weekend, last night’s offering of the white stuff 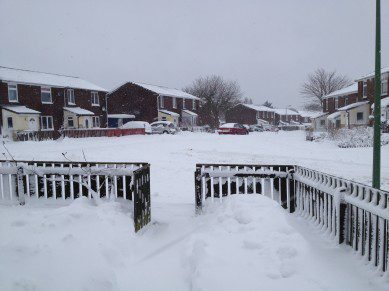 has caused chaos on local roads leaving many people unable to get to work or school. It’s becoming somewhat of a cliché that the country grinds to a halt with the first signs of snow but today it’s understandable that many of major services have been out of commission.

Go North East buses are travelling modified routes to avoid streets which won’t see regular use which may leave them stranded. For example the 47 will be terminating at High Spen rather than Blackhall Mill, the Chopwell bus is not currently running and services running to the Dene will only be going to Medomsley due to the driving conditions. More information on travel services can be found on the Go North East website;

Along with the disruption a select few are somewhat happy for the “long weekend” they are having due to the snow. With all local schools currently closed due to the snow children across the area are out having snowball fights, building igloos and out sledging making the most of the lashings of white stuff. Remember if you or your kids are going out in the snow to stay wrapped up and warm. The last thing you want to go with your beautiful snowman is a case of hypothermia.

The picture above will give you an idea of what it’s like away from the main roads being took by a regular reader from North Magdalene in Medomsley. As you can see the wind isn’t helping matters causing snow drifts and lowering visibility. When out on the roads today be prepared with warm clothing, some water, food and a shovel just in case.

With tomorrow’s weather forcast predicting further snow this might not be the last of the blizzard like conditions. We here at Consett Magazine hope everyone makes it home safe who has managed to get to work this morning.