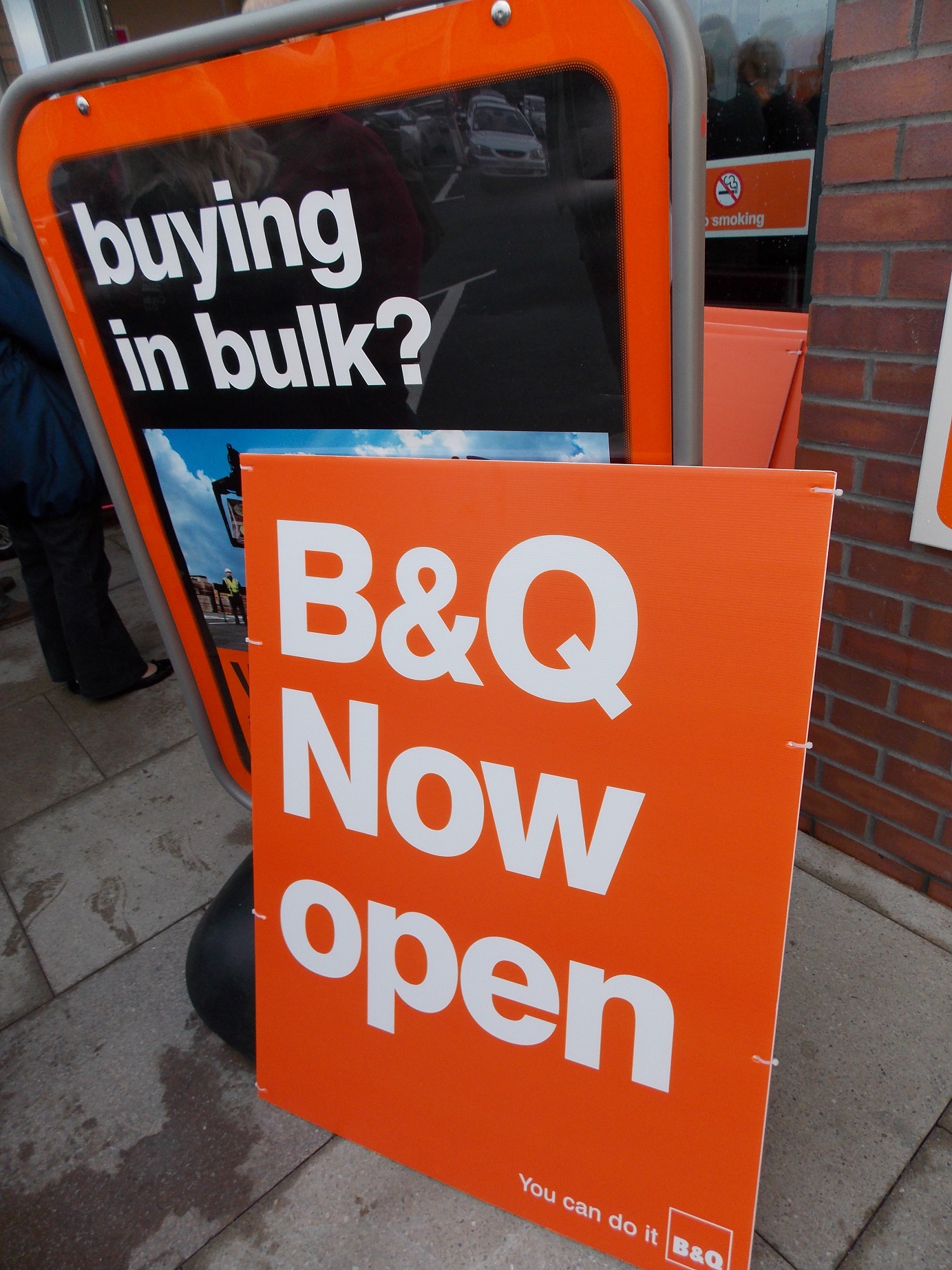 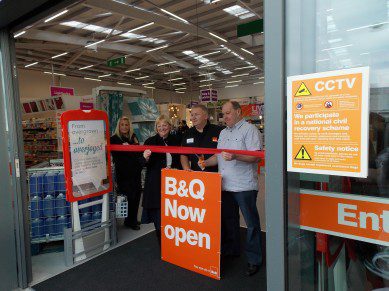 store. From 9am the local community were out en force to see what the new retailer had to offer. Over 60 people waited outside for the moment when local labour MP Pat Glass and store manager cut the ribbon and officially open the new store. It was fantastic to see such support for the opening of a new business in the local area.

Alongside Pat Glass, Metro Radio were also at the opening providing a great soundtrack as their live DJ was providing a great soundtrack getting people in the mood whilst also raising money for a good cause. The Cash For Kids campaign which is ran by the radio station were also in town collecting for their cause with mascot Courage the Cat making an appearance in the store.

The parent company of B&Q, Kingfisher, took over the Focus brand back in 2011 and after the demolition of the old store it was only right that a new purpose built building would be brought back to Consett as a point for home and Consett DIY supplies. The company also offered jobs to everyone who was previously employed at the old Focus before it was closed. There has been a number of jobs created for local people with the 50 employees at the store all living within a 10 mile radius of the store.

All in all, it seems that Consett is heading in an upward direction and Consett DIY superstore B&Q are only the start.