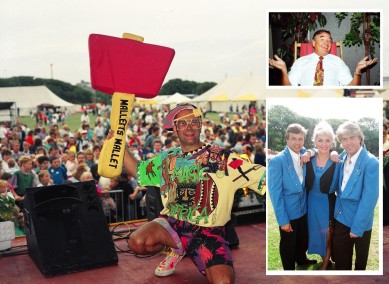 Now that the festival and funfair season is well and truly upon us, let’s have a look back at the origins of both and how the North East has played a major part in their success across the breadth and length of the country.

The fair, or “feria” from its Latin origins, has been a way of life in Great Britain since the times of the Romans. With the travelling fairs of today being the direct descendants of the medieval fairs which were, originally, markets where livestock, slaves and possessions were either sold or bartered.

As entertainment during the market bartering, travelling people would show off their “skills” in juggling, acrobatic feats and even the talents of dancing animals to mark the birth of a north east tradition. With events of this kind actually being arranged by the Christian church as a way to mark a Christian festival or as a method of converting a pagan festival into a Christian one.

As a result of their increasing popularity more fairs, including “charter fairs” where the right or franchise was a valuable privilege granted by the king in the form of a charter that laid down dates and offered protection from rival fairs, became the norm.

From those days grew many of today’s famous fairs and events including the world famous “Hoppings” that takes place on the equally famous Town Moor in Newcastle.

Taking its name from an old word meaning “to dance”, the Hoppings has also been known as the Race Week Festival, The North East Temperance Festival and the Town Moor Fair. The annual fair did not become known as the Hoppings until the 1950’s when this became the official title of the universally recognised Tyneside event.

The “Hoppings” no only attracts those who love the fun of the fair locally, but also international tourists and many professional and amateur photographers who all seek to capture that fairground feeling through the lens.

Then, of course, we have a number of major music and open air festivals in the region. These range from the former Fish Quays Festival in North Shields (Later known as the Window on the World-WOW-Festival), and which is now part of the “Mouth of the Tyne Festival”, sharing, as it does, the hosting duties with South Tyneside.

South Tyneside, or to be more precise, South Shields has been the home of what has become known as the annual “South Tyneside Festival”, a north east tradition. Again having origins as the “All American Summer Festival” in 1987, then taking its name from the best-selling authoress, Dame Catherine Cookson. It became the “Cookson Country Festival” until its recent change to the South Tyneside Summer Festival.

This is now a two-month celebration of music and entertainment and has attracted many household names over the years. These have included the likes of major entertainers, singers, groups and other famous names from the entertainment world, not bad for a simple north east tradition.

Bucks Fizz, The Drifters, Mud, Showaddywaddy, the Nolans, have all featured among the singers, with the likes of Bobby Davro, Tom O’Connor, and the late, great Bob Monkhouse all providing the comic entertainment.

Today, of course, just about every town and city hosts some type of festival or fair heralded as a north east tradition. Including the likes of Stanley, Consett and other local villages and towns.

Many take on different forms such as open-air motor shows that boast stunt riders, vehicle displays and medieval jousting. Others stick to a traditional music format. The larger ones tend to mix the music with entertainment.

Then we have the weekend events. These range from the Sunderland International Air Show to the likes of visiting events like the “Tall Ships’ Race”.

However, and especially here in the north east, we have some of the best festivals and events in the country and they all began from the humble beginnings of the “feria”.