Home Science & Technology Hello there, Happy New Year… and can I have your bank details... 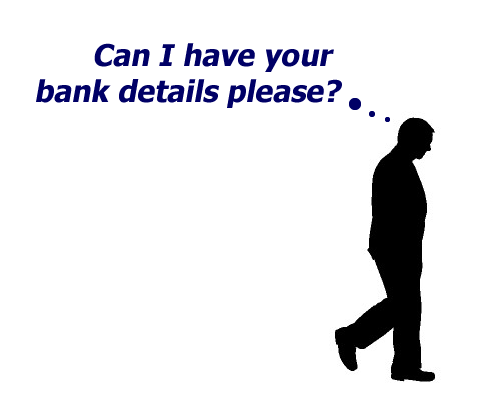 We’ve all seen them, the spam Emails that promise you the world, or try to tug on your heart strings because some 3rd world prince is going to lose his fortune if he can’t smuggle it out of his country.

At one time they were very easy to spot, some of them still are to the trained eye, but spammers, virus writers and internet tricksters are getting smarter.

Just this morning, I read about a scam running across the twitter social network, that thanks to the efforts of my fellow I.T. industry colleagues, has been taken down.  The scam in question involved a fake twitter account enticing people to follow it by offering high value prizes that folks simply couldn’t ignore.

At one time, these internet tricksters would never have even considered plying their trade using anything other than Email, but as we now spend more of our life on-line in our social communities such as Facebook, twitter, Linked-in and many others, it’s simply become to irresistible for the tricksters to ignore us.

Unfortunately, while the tricksters have considerably upped their game, it would appear that as consumers we still believe everything we see unless it happens to be dodgy pills or a Nigerian prince.

We live in our happy little consumer bubble, motoring along, being assured that our anti-virus software will protect us, and our phone companies and app-stores won’t let the bad guys get to us. The reality of the matter is however, virus writers, hackers and malware creators create software faster and more efficiently these days than the anti-virus software makers can keep up, and as for our phone companies and app-store providers, well let’s just say they’ll act when there’s enough pressure and public out-cry and not before.

So what can we do to help ourselves then? Well most of the time a little bit of common sense goes a very long way.

1) Did you suddenly receive a tweet from a friend, who you’ve not heard from in a long time?  Was that tweet written in the same style that person usually does?  If you get yes and no there, then it’s a high chance that your friend’s twitter account has been breached, and is now under the control of someone other than them, contact your friend by other means to verify this.

2) Have you suddenly received recommendations for a Facebook app, from someone who’s only just become your friend on Facebook?  Did that app ask for privileges to view absolutely everything in your account? For example: why would a card matching game want full access to all your friends email addresses, when it can easily use Facebook messaging to send out invites for your game?

3) Have you received messages that are in broken English?  If you have, it’s a sign that the message was written in a different language, then translated to English using a service such as Google Translate, and may indicate a trickster in a faraway place trying to hide their true identity.

4) Does the outcome exceed any expectations you may have or seem too good to be true? (In the case of the twitter scam mentioned above, participants were asked for personal details and addresses by the organisers, and once the details were disclosed, then found an excuse to break contact and NOT give the so called winner a prize)

In all cases most of these scams and malware installations succeed because of one thing, people blindly believe anything that dazzles, wows or entices them on the Internet.  Being vigilant, and not clicking on anything that makes your “Senses” tingle, or doesn’t seem right is the first step to protecting yourself.

Even IF the message appears to be from someone you know, pause before you click on that “Open Button” , if you’re on a PC, hover your mouse pointer over the link, most Internet browsers, will after a few seconds, pop up a text tip telling you which Internet page you’ll go to.  If the pop up text is different to the address in the page, then there’s a high chance that it’s a link designed to trick you in some way.

Lastly if it “Seems too good to be true” then “It most probably is”, there is no free lunch out there folks.  Even the things that are free have an ulterior motive somewhere.

At this time of the year, as folks go back to work after the Christmas break, there is often a surge of new traps designed to play on things that happened over the festive season…

If a friend sends you a link on twitter, entitled “OMG – How drunk where you, here’s the video….” check with that friend first, and don’t even think about opening that screen saver of a secret love in a Santa bikini.  Well not unless you do want to give your bank details away.

Stay safe on-line, make sure you educate your family and children to the ever present dangers out there, and if you’re in any doubt what so ever that your computer or other I.T devices may have been compromised, seek out the help of a professional (there are quite a few [myself included] I.T. and computing related services in and around Consett) to come out and give your PC a health check. It’s always better to be safe than sorry.