The World Cup is finally upon us, with the first game kicking off at 9pm BST tonight.

The build up to the 2014 World Cup has been the largest to date thanks to social media and social networks allowing anyone and everyone to share their opinion and be heard worldwide. In 2010 social media was only beginning to work its way into everyone’s lives but now practically everyone has access to the internet and Facebook/Twitter/YouTube/Google+ just from their mobile phone.

To kick off the competition in 2014, the first match is between the host nation Brazil and Croatia at Arena de São Paulo with a scheduled kick off for 9pm BST. The England team makes its first appearance on Saturday 14th June at 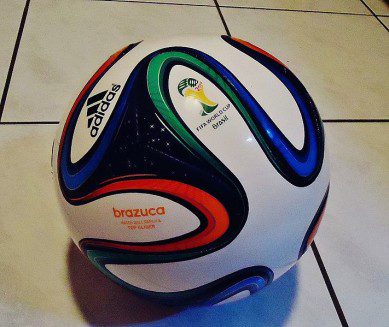 Not everything surrounding the world cup has been entirely positive, controversy about the condition of stadiums, pitches, and city infrastructure have been in the headlines since it was announced Brazil would be hosting in 2014. Arena Amazônia’s pitch is one of those sparking concern after images came to light yesterday of the pitch in less than great condition just 3 days before the first match is due to kick off.

Brazil seems to be plagued with problem after problem as just days before the competition was due to begin part of an extension to the Sao Paulo’s metro system collapsed and killed a construction worker. Preparations have been further slowed by a strike by subway staff that has caused major delays and various protests around the city.

For more information about the World Cup 2014 check back regularly for our updates following matches and all the latest news about the competition itself.