England cricket legend and north east resident Sir Ian Botham has promised to help Durham County Cricket Club in any way he can during its current difficulties. Botham played for Durham between 1992 and 1993, finishing his career at the club. The all-rounder was a huge signing for Durham when it became the newest first class county almost a quarter of a century ago.

The England and Wales Cricket Board (ECB) has inflicted a variety of penalties on Durham as a punishment for getting itself into deep financial trouble, with debts of £7.5 million and interest payments estimated at a further £1 million per year.

Durham County Cricket Club will start next season in Division Two with a forty-eight point deduction. Other sanctions include a salary cap and a ban on international test matches at the club’s Riverside Stadium ground in Chester-le-Street. In return, the ECB have provided Durham with £3.8 million to help ease its financial problems.

In a further boost, last week Durham County Council provided an additional rescue package that converted the £3.74 million owed to it by the club into shares. Durham County Council will create a community interest company to manage these shares and will receive dividends as well as a portion of any special match fees.

“It’s very, very early. But yes, I’ll be willing to throw my hat into the ring to help – and we’ll see what happens. It’s in its infancy so we’ll just wait and see. But I’m very pleased to be involved. The north east is where I live, and the north east deserves a first class cricket team.”

“What we’re looking at is trying to salvage a wonderful cricket team. It’s a long tunnel, but there’s definitely light at the end of it. It was a privilege for me to play in the first Durham first-class side, and if I can help in any way with this I’ll be pleased.”

“Yes, I’m devastated along with all the other players at this great club, but far better being in Division Two than none at all. What we need now is all of your support cause we won’t stop fighting till we get this club back up to where it belongs.” 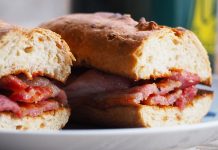 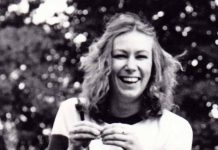 Blue Jeans On – By Lorraine Weightman

Xbox One Scam on eBay