An elderly couple from Consett have been swindled out of £3,000 in a con involving iTunes gift cards.

The couple received numerous phone calls from a man who said he was from Her Majesty’s Customs and Revenue (HMRC). The man told the couple they owed HMRC money and demanded they pay their debt in iTunes gift cards.

The man even threatened HMRC would take the couple – both 87-years-of-age – to court unless they paid the fictitious bill. The victims – who thought that paying in iTunes cards was simply a modern method of payment – then went to a supermarket where they bought £3,000-worth of the vouchers.

The couple gave the conman the voucher numbers over the telephone, thereby transferring their value to him. A family member then became aware of what was going on, preventing the fraudster taking even more money from the couple.

There have been a number of similar scams recently. One County Durham victim was swindled out of £2,500 while an elderly woman in Durham City only avoided losing £250 because shop staff became suspicious when she was trying to purchase iTunes cards.

The police are asking people to warn elderly relatives and acquaintances about this type of fraud.

PC Alan Patterson, of the Consett Neighbourhood Team, said, “The victim in this case is heartbroken and blaming himself for being taken in by a persuasive and forceful caller. He didn’t understand iTunes and this may be one of the reasons criminals are targeting the older generation.”

“I would urge people to make sure their grandparents and elderly relatives are aware of this and make sure they don’t become victims themselves.”

Ds Tony Murray, from Durham’s Fraud Team, said, “Although the elderly and vulnerable are being targeted, anyone can be a victim of this type of crime as the criminals are sophisticated and sometimes know personal details about the victim.”

“This is dangerous as it enables them to look and sound genuine, and they will pretend to be HMRC, banks, police or any business you deal with.”

“Never assume a phone call, text, voicemail or e-mail is genuine. Never transfer money as a result of cold calls. Do not send money as the result of a phone call or other communication.”

Durham Constabulary stress that HMRC never use calls or texts to ask for payment. They advise people to end suspicious cold calls immediately. Fraud can be reported by calling Action Fraud on 0300 123 2040. For further information, people can go to www.takefive-stopfraud.org.uk. 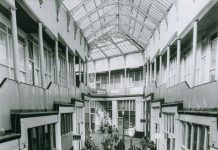 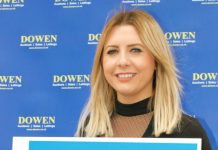 Do you have a house on the market that is unsold? 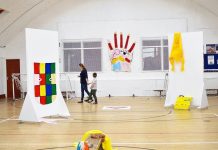 20mph Speed Limits to be Discussed In County Durham