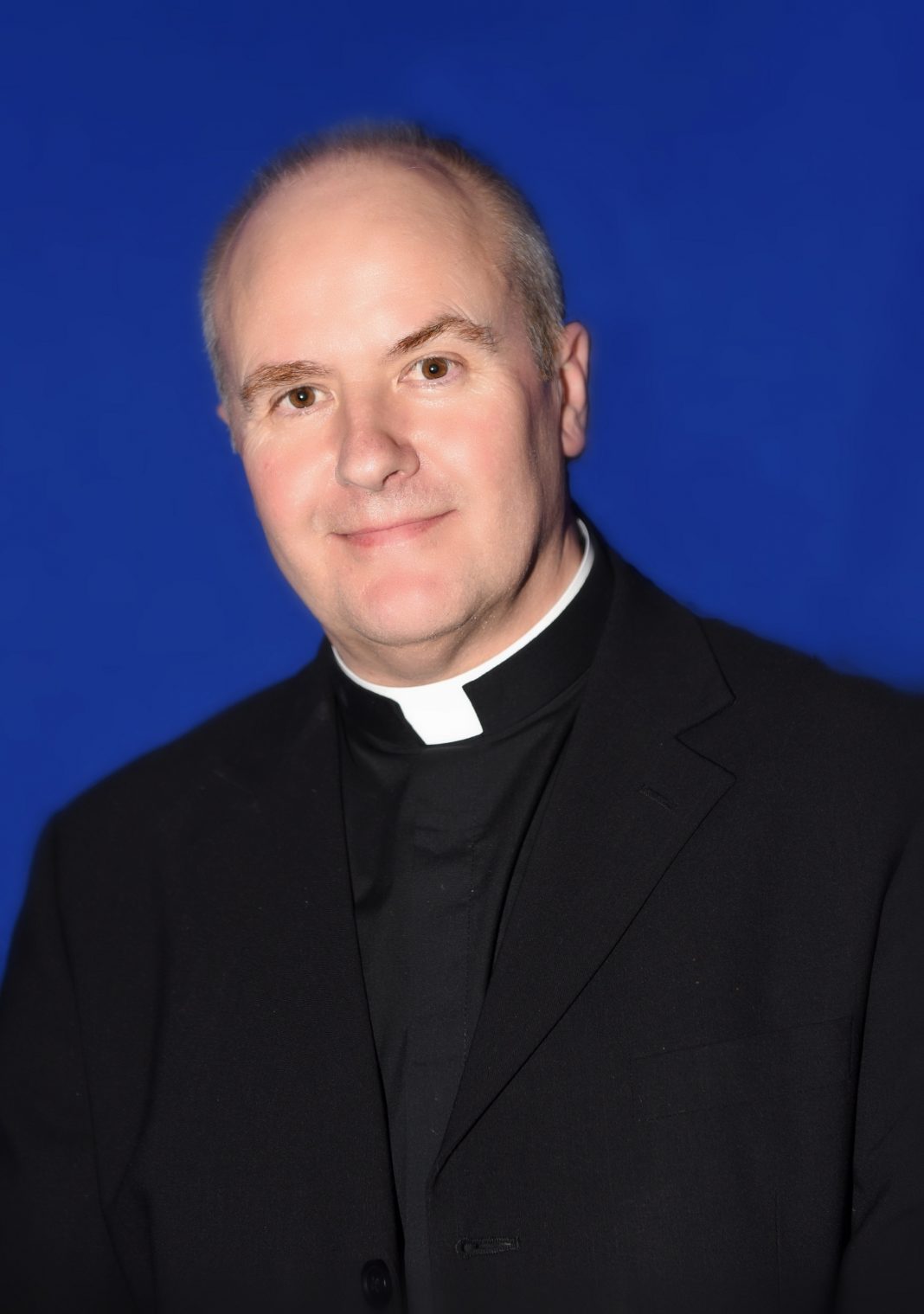 Father John Bagnall, who was inaugurated as Parish Priest in Saint Patrick’s Consett last month, began his life in Huyton in Liverpool.

Like many of us he grew up reading the Beano, and as a keen child artist who was fascinated by comics, he began to draw his own as a hobby which continued into his teenage years and beyond.

After leaving school he acquired a place at Newcastle University – following in the steps of Bryan Ferry – to study fine art. Successfully completing his degree he explored many aspects of art including painting, yet his love of the comic book which predates all his explorations stayed with him.
As part of a project at Limelight in London he, along with other artists was asked to draw on large pieces of paper secured to the walls. Noticing his work had gone missing he was informed that Boy George had been admiring it earlier!

Living in Durham after getting a job as a graphic designer in Chester-le-Street, he attended Saint Joseph’s Church in Gilesgate and became increasingly involved in parish life for over twenty years.

After being asked by Fr Michael Corbett if he had ever considered the priesthood, he thought he may be too old to retrain. But the seed had been sown and after approaching the vocations director, he was accepted at Ushaw college where he studied for a year followed by four years at The Beda college in Rome.

During these years he was still drawing comics encouraged by his mentors as he was informed that ‘All priests should have a hobby!’

In 2003 ‘Don’t Tread on My Rosaries’ published by Kingly Books was warmly received, being described in a review in The Observer as one of my books of the year.’
Some of his work was exhibited in The British Library in 2014 and was published in Escape Magazine.
And so, alongside self-publishing he was ordained a deacon in St Paul’s Outside the Walls in Rome and then as a priest in St Mary’s Cathedral Newcastle in June 2015.

Taking up his first post as Priest in Charge of Brooms in August that year while still pursuing his creative hobby he was in September 2016 given the responsibility for St Patrick’s Consett, Brooms and Moorside parishes.

His new book ‘Dusty Sideboard’ published in the same month as he settles in as Parish Priest in Consett is available now.