John Seymour was born in 1815 in Durham, to Thomas Seymour a paper maker and Ann his wife. He married Margaret Jopling a farmers daughter from Witton Gilbert on 7 Dec 1837 at which time his profession was given as a Smith. The couple initially stayed in Witton Gilbert where they had their first child Elizabeth born in 1841, 2 months prior to the first official Government Census of the same year.

John, however, decided to take on a new profession and moved to Consett taking up the position of Publican in the first public house near to the new up and coming Iron Works, The Puddler’s Arms. Open round the clock for the works shifts, John’s profits soon started rolling in. Seeing his chance he began to speculate in more pubs in the area building his portfolio. He ran two by himself The Puddler’s Arms and the Stirling Castle (which was formerly named the Black Bull) and in his others he placed landlord tenants, two being his wife’s brothers. John and Margaret had 4 children in all, Elizabeth mentioned above and also Annie b1846, Thomas b1849 and Mary Jane b1852

By 1860 John was sitting on the Consett Board and his premises, The Puddler’s Arms, was the venue for most big meetings within the town. The Board consisted of many well known Consett men, J Priestman, J Dolphin Esq (Delves House), John Murray the Auctioneer and cattle salesman (Richard Murray’s father) and J Gledstone to name a few. John had also started investing in many of the local services and was on the committee which demanded that Consett should be known as Consett and not Berry Edge by the Postal Services who had enforced the name upon the town. 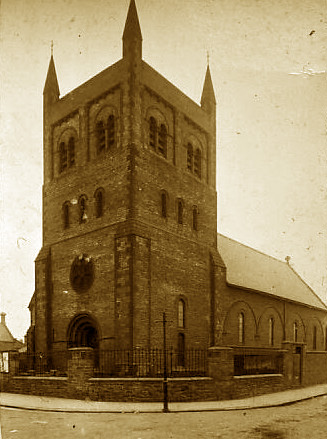 Over the next two decades he helped set up the the Consett Water Works Company, sat on the board of the Shotley Bridge & Consett District Gas Company, was on the Consett Overseers committee and was also the treasurer on the committee for the building Consett Christ Church. He was a self made man but one who also gave back to the area.

Of John’s children, daughter Elizabeth married Richard Murray JP in 1863, combining two major business families in Consett at that time; Annie never married; Thomas married Hannah Whorrall and Mary Jane married Alfred Bailey. John passed away in March 1879 leaving a small fortune. A list of some of his shares and stocks were put up for Auction in the April after his death, at his son in law Richard’s Royal Hotel, Blackhill. These included: 800 shares in Consett Water Works at £5 a share; 60 shares in the same company in which only £4 on each had been paid; £780 of Consolidated Stock of Shotley Bridge and Consett Gas Works; as well as shares in the Gas works and shares in the Edmonbyers & Hexham Mining company, etc..

He also left numerous buildings and pubs to his family. His son in law Richard took on the Freemason’s in Consett and a few other of his pubs, already being a brewer and pub owner. John’s son Thomas took on the Stirling Castle with his wife and family and actually passed away in the pub on 13 November 1903. John’s legacy lived on through the deeds of his family, especially the Murray family. Like many of the people who helped shape our great town he would be all but forgotten if it were not for the naming of Seymour Street after him, which still stands proudly today.