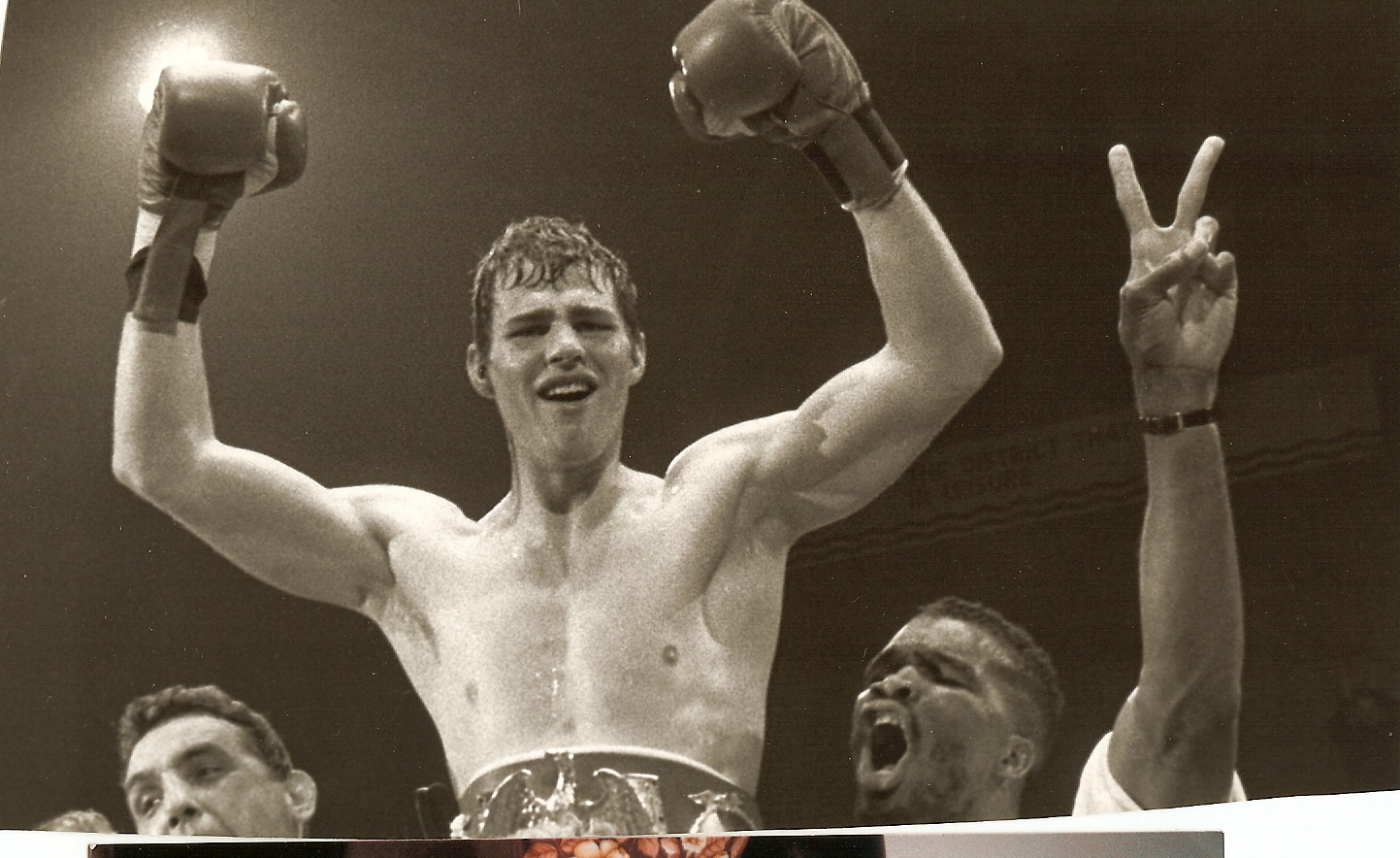 A play about Consett boxer Glenn McCrory – an underdog fighter who became world champion – will soon be staged at venues throughout the north east.

Carrying David chronicles the many ups and downs of Glenn’s journey towards becoming Cruiserweight Champion of the World. Glenn beat favourite Patrick Lumumba in a bout at the Luisa Centre, Stanley, County Durham, on June 3rd 1989.

Glenn’s victory that night meant he became the first ever boxing world champion from the north east at the age of just 24.

The play is named in honour of Glenn’s terminally ill brother David, who inspired Glenn to keep trying through the tough years leading up to his victory.

And now youngsters from Consett and Derwentside involved in boxing and other sporting clubs have the chance to see Carrying David at an ultra-low price.

Wisecrack Productions – the company staging the play – are offering matinee tickets for just £5 per person for youngsters attending the show as part of an organised group.

The writer of Carrying David, Ed Waugh, said, “Carrying David is ultimately a story about the unashamed love two brothers had for each other; one aiming to become a world boxing champion, the other terminally ill and fighting every day to stay alive.”

“David was Glenn’s adopted brother, 17 months his junior, and joined the McCrory family in 1972, aged six.”

“He had a degenerative muscle wasting disease called Friedreich’s Ataxia which meant he struggled to breathe and walk. Glenn often carried David on his back, hence the title of this fantastic story about two brothers inspiring each other.”

“Thanks to financial backing from Arts Council England, we can involve more young people in the theatre – and what a magnificent, inspirational story it is! Glenn made boxing history 30 years ago and there are lessons young people in any sport today must learn from his experiences.”

Of the £5 matinee tickets for young members of boxing and other sports clubs, Ed said, “We’ve included matinees in Irish Centre (Newcastle), Alun Armstrong Theatre (Stanley), Playhouse Whitley Bay and Westovian Theatre (South Shields) so the clubs can get involved.”

The £5 offer will run until Friday April 19th or until seats have sold out. If you would like to take advantage of this offer, please contact Ed on 0191 4550608.

For more information about Carrying David, please go to https://www.wisecrackproductions.co.uk/carrying-david.