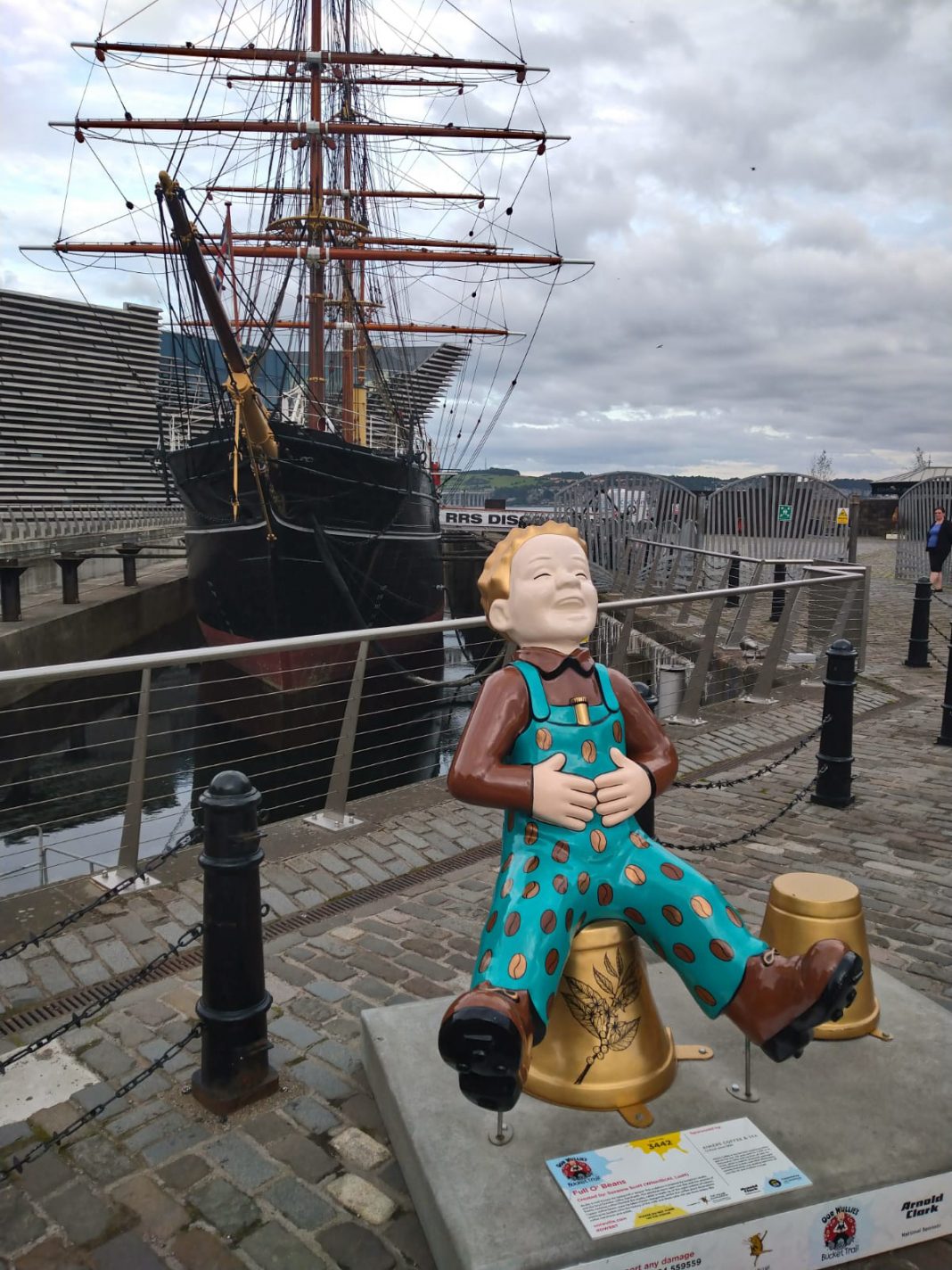 A highly enjoyable visit to Dundee could be had without straying more than 100 metres from the newly rebuilt railway station. There is the Royal Research Ship Discovery and the adjacent new Victoria and Albert Museum, and visiting both would take up much of a day trip.

There are three direct trains a day from the northeast to Dundee, operated by LNER, which are trains running up the coast to Aberdeen. Additional journey opportunities are available by changing to Scotrail services at Edinburgh Waverley. The line crosses the silvery River Tay on a bridge rebuilt after the first one collapsed in a storm in 1879, having been built substandard. A train was crossing when the bridge gave way, leading to 75 fatalities. A further 14 men were killed in constructing the much sturdier replacement. No risks were taken with the replacement bridge, which has stood and been maintained since July 1887, but it had a major overhaul in 2003. 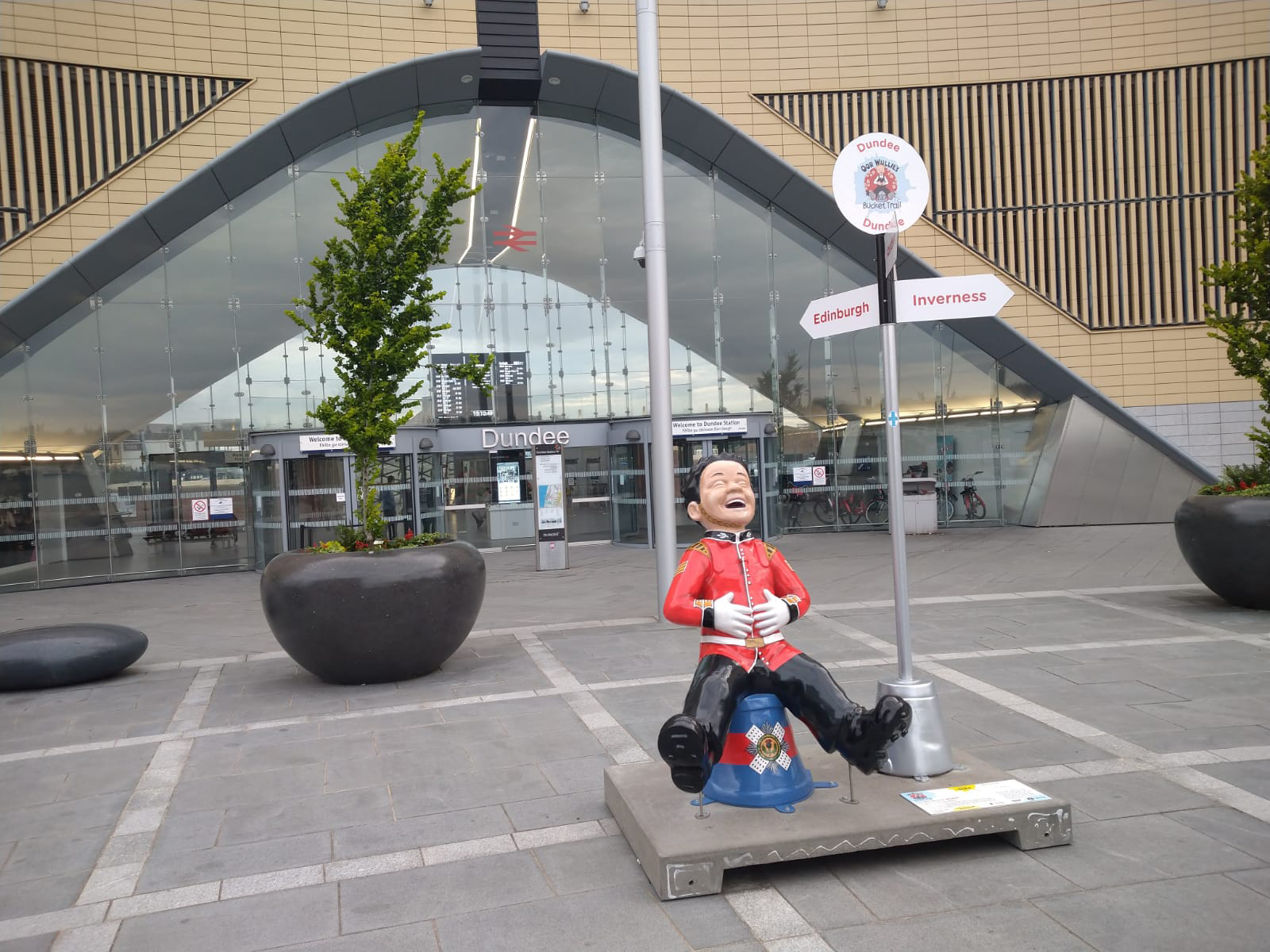 The V&A, an offshoot of the London gallery, is recently opened in Dundee, a city of jam, jute and journalism, although the jute industry which gave the city its wealth, has died out completely. The new V&A has a special exhibition on video games (charged for) but the rest of it is free and there are impressive Scottish Design galleries and an exhibition about designing prosthetic hands. I particularly valued the spaces in which you are invited to it down and browse through books and magazines.

The RRS Discovery was originally moored in London and moved to its port of construction in 1986 after years gradually rotting on the Thames. Dundee was where she was built in 1901, and she is now in a purpose-built dry dock where the story is told of the Heroic Age of Antarctic Exploration featuring such names as Robert Falcon Scott and Ernest Shackleton and zoologist Edward Wilson.

The twin attraction to the Discovery is the Verdant Works, which tells the story of jute manufacture and has a fully operational 1801 Boulton and Watt beam engine. At its height around 1900 there were 50,000 people working in 100 mills. Look out for cartoon strip Oor Wullie statues around the city. 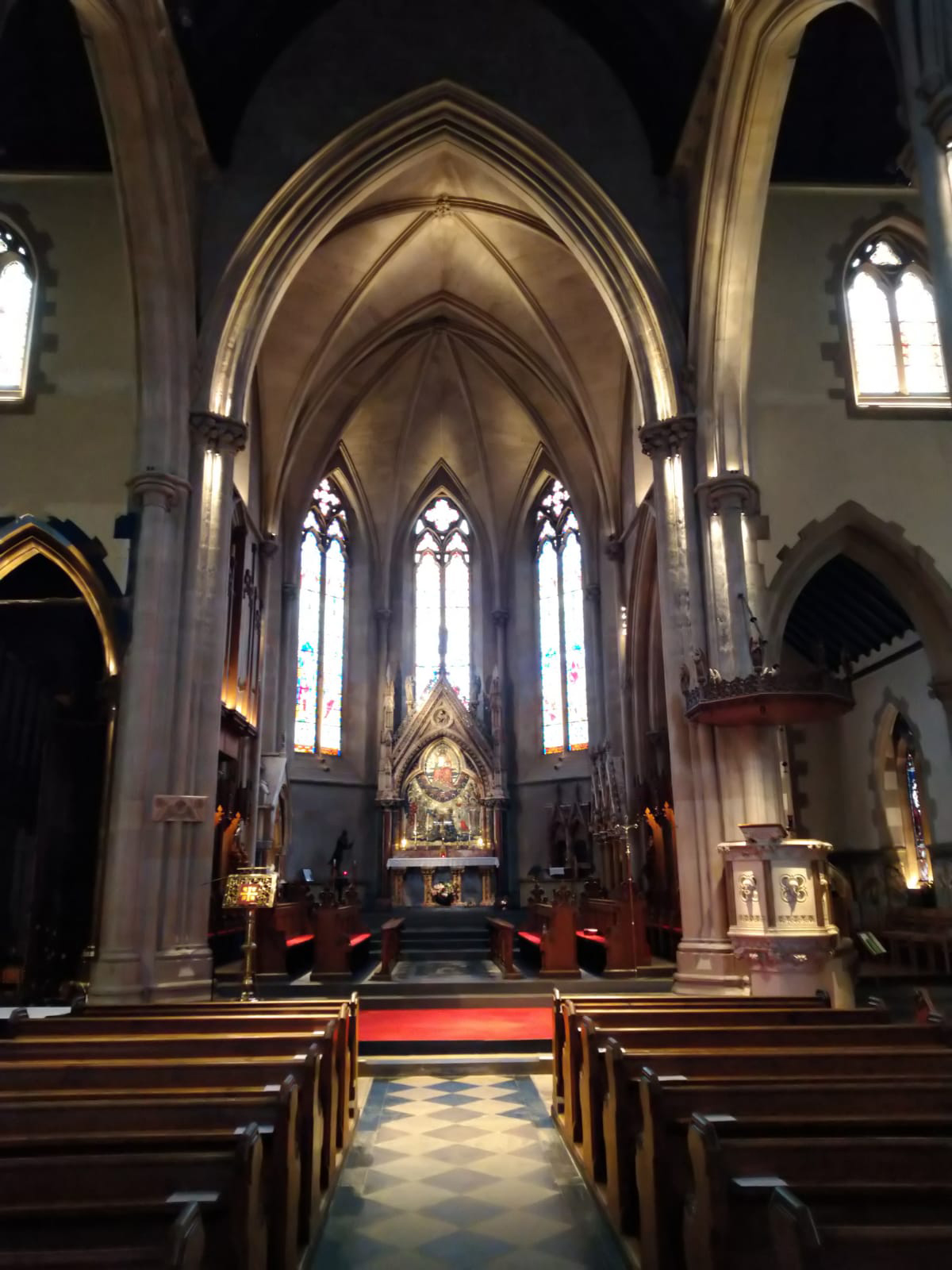 St. Paul’s Episcopal Cathedral (the Scottish Episcopal Church is allied to the Church of England), is a grand Gothic church opened in 1855. Designed by the eminent Victorian architect Sir George Gilbert Scott, it is an oasis of peace in the city centre and on the day of my visit was to host an American choir from Minneapolis singing in the evening at a free concert.

In the 1850s Dundee was growing fast but had its share of poverty and squalor and Bishop Alexander Forbes had a vision of a building which would provide refuge and inspiration for Dundonians who lived in the city’s crowded tenements. Inside is the memorial to James Chalmers, a local stationery shop owner who invented the adhesive postage stamp. The organ installed in 1865, is maintained by Harrison and Harrison of Durham.

This was not Sir George Gilbert Scott’s only work in the city as he designed the museum and art gallery on the north side of the city centre known as The McManus, which opened in 1869.

Admission is free, and there is a regular programme of talks and tours, as well as the regular art gallery. If you’re interested in science, the Dundee Science Festival is on 6-21 October, based at the Dundee Science Centre, located in a city packed with scientific and cultural interest.