The all-singing, all-dancing Johnny Cash Roadshow – the world’s only Johnny Cash
tribute act endorsed by the Cash family – is to play a show centred around Cash’s legendary performance at San Quentin Prison.

In 1969, Johnny Cash played a concert for the inmates of California’s San Quentin State Prison, which was recorded live.

This show – featuring hits such as A Boy Named Sue, Wanted Man, and Jackson – was broadcast on Granada Television in February 1969 and released as an album in June of the same year.

In their Consett Empire performance, members of the Johnny Cash Roadshow will be donning costumes worn by Cash during his San Quentin concert. The Consett show will also feature two original harmonicas belonging to Johnny Cash.

Clive John – who takes on the role of Johnny Cash – will be joined by Emily Heighway, playing Johnny’s wife June Carter. The show will also feature the top-notch Spirit band and the JCR Horns.

Clive John said, “We wanted to do something a bit different for 2019 and pay tribute to a fantastic album and ground-breaking performance which is a firm favourite among fans.”

“50 years after its release, At San Quentin is still considered some of Johnny’s best work and we can’t wait to head out and perform it.”

The programme manager at the Empire Theatre, Nicola Dailly, said, “The only show endorsed by the Cash family themselves is making its way to Consett this November.”

“Songs from the At San Quentin live album will be performed with a mix of all the hits we know and love.”

The concert will take place at the Consett Empire Theatre at 7.30 pm on Friday 15th November. Tickets are priced at £22.50. To book, please go to https://www.empireconsett.co.uk/galapost/johnny-cash-roadshow/.

To read a longer interview with Clive John of the Johnny Cash Roadshow, click here. 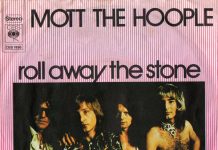 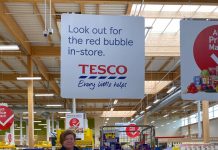 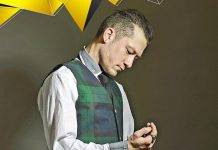