Home History Wailing Ghosts and Things that go Bump in the Night – Consett... 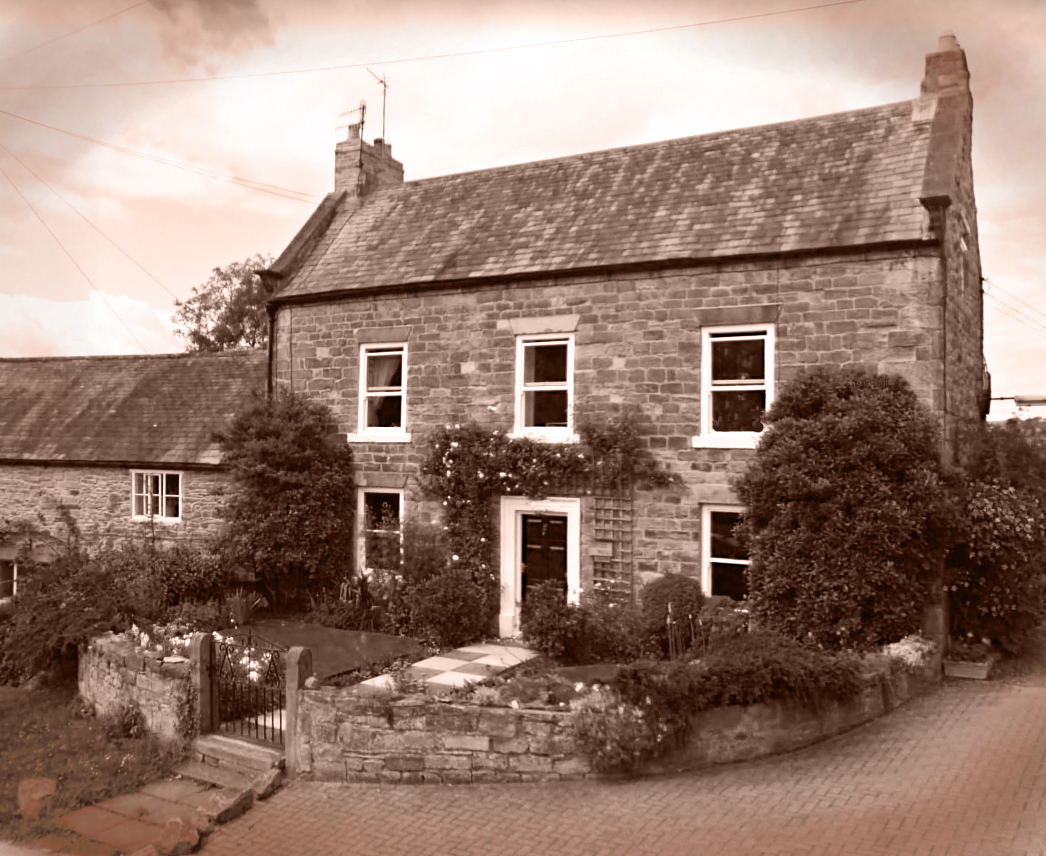 I have been researching family history for some time and do a lot of research via the local newspapers. It is a treasure trove of information as well as interesting and unusual stories. The following are a few ghostly tales reported in the local papers from mining villages around the area.

Back in 1892 in the mining town of Birtley, the villagers had become very excited after strange noises began to emanate from the house of a Mr Wild, a miner at the nearby Birtley Colliery. The house was possibly 27 1st Brick Row, which was the abode of a Thomas Wild, a miner and his family on the 1891 Census. The investigation into the noises included structural checking of both the walls and the roof which revealed nothing. Nightly vigils took place and although “far away tremulous wailing sounds” and distant crying could be heard spasmodically, no movement or apparition ever appeared.

The local Spiritualists asked to visit the house so that they could interview the “shade” but Mr Wild declined their offer. During the haunting crowds would gather outside to hear the wailing and speculate. Many stories bandied about some more fantastical than others. As for Thomas Wild and family by 1901 they had moved on and were living only a short distance away in Pelton Fell. I haven’t been able to find any further information on the events or if the disturbances continued. 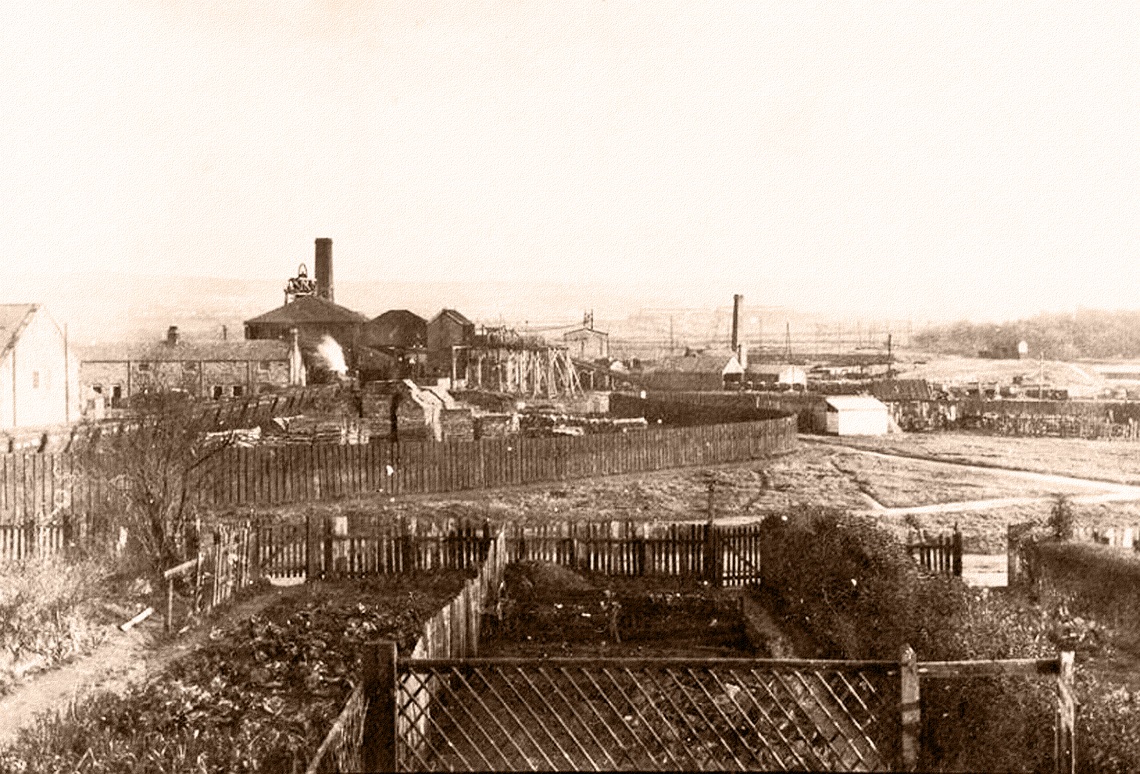 Jumping forward another 10 years, in the early spring of 1902 George Lamb moved into one of the newly renovated cottages in Chapel Row, Shotton. The cottage having been abandoned for some 20-30 years. The town had sprung back to life after the re-opening of the Colliery back in 1900. At first George was over the moon with his new home but it wasn’t long before strange occurrences started to happen. About a month after moving in George and his family began to be woken by loud rattling and banging at the front door. Night after night around twelve o’clock the noises persisted. He alerted his neighbours and friends to what was happening and people began to look out for the culprit believing it to be a practical joker. However, no one was ever seen and no footsteps running or walking away were ever heard. The disturbances continued throughout the spring and right into autumn. George and his family were now feeling the effects of this continuous nuisance.

As winter came so did the snow and finally a chance to catch the joker red-handed. As the snow fell and filled the street the rattling came again. This was the chance George had been waiting for, he ran to the door ready to follow the culprits footsteps and finally put an end to this whole drama. He swung open the door and to his horror, no footprints were to be seen.

The only person to ever see anything was George’s son, a young miner who also worked at the colliery. Coming home late one night around 11 o’clock he was said to have spotted a “grey shadow slipping around the side”. He gave chase but the shadow just toyed with him. At one point it turned toward him with “burning eyes, like living coal, glaring at him” stopping the horrified lad in his tracks, before disappearing into the night. The terrified lad ran home to retell the whole event. 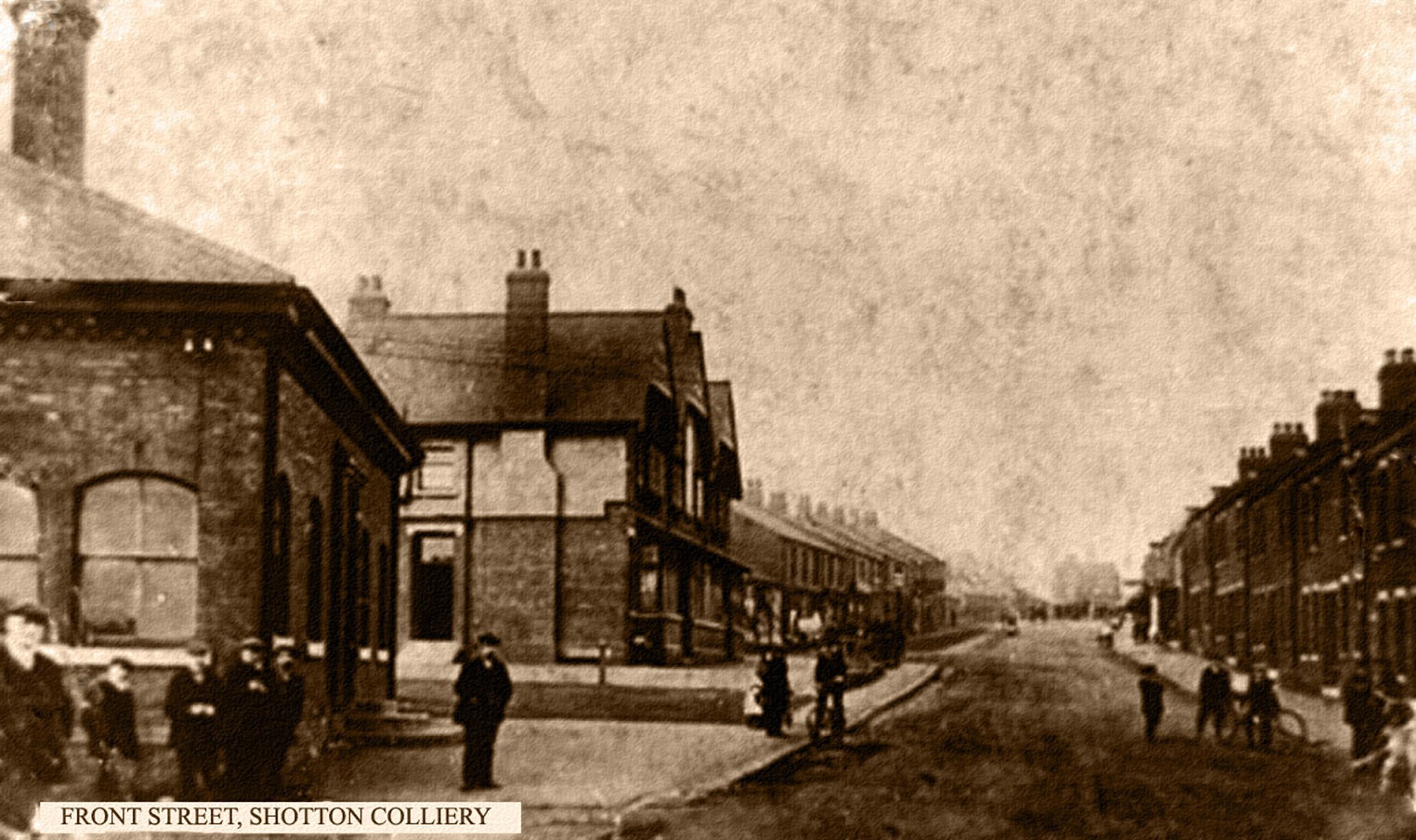 The tale of the Durham Ghost at Shotton became widespread news even reaching the London newspapers and further afield. The secretary of the Experimental Committee of the Psychical Research Society, Mr E. Weslake put the entire episode down to rumbling pit workings shaking the door and hijinx of the local people. The apparition seen by the son he put down to pure juvenile hallucinations. The statements were not well received by George, his family and friends. George was stated as saying that the ghost had turned his life into “a living hell”.

The cottages of Chapel Row, like the colliery itself, are now long gone. However, no reasonable explanation either on material or supernatural grounds were ever found for the events which took place.

Back to somewhere closer to home and also more up to date. Back in 1968 reports of a haunting of Wheldon House, Ebchester, the home then of Mrs Lucie McDermott was spread across the papers. Lucie, then aged 72, had not been in the village that long having took up residence in the 10 bedroomed house only 6 years earlier. The house was also where she and her brother had ran their general dealers business from.

The haunting started quite quickly after she moved in with noises which could not be explained even after lots of investigation. The noises continued at regular intervals but Lucie paid them no notice and got on with her daily life. However, things were to take a twist. Her brother unfortunately died prompting Lucie to sort out some lumber on the upper floor of the centuries old house. While clearing away some wood she came across a secret passage leading to a previously unknown small box room. Very shortly after that she also discovered a box of bones tucked away in the attic. They were still in situ when the story was recounted by Lucie to the papers.

The house itself was said to have been a hiding place for monks during the time of reformation, although it is was registered back in 1975 as a Grade II listed building and predominately of 18th Century construction. The house back then would have been set in a perfect position to view any movement from either Newcastle or indeed Shotley Bridge, spy holes still evident in the attic. To further add to the story at the rear of the property in the orchard at the bottom of the garden lies the graves of 7 monks. It was these monks, said Lucie, who were the source of the haunting.

In the two years prior to the newspaper articles the Ghosts had become more and more active, but to Lucie it had just become part of her life and the charm of her home.