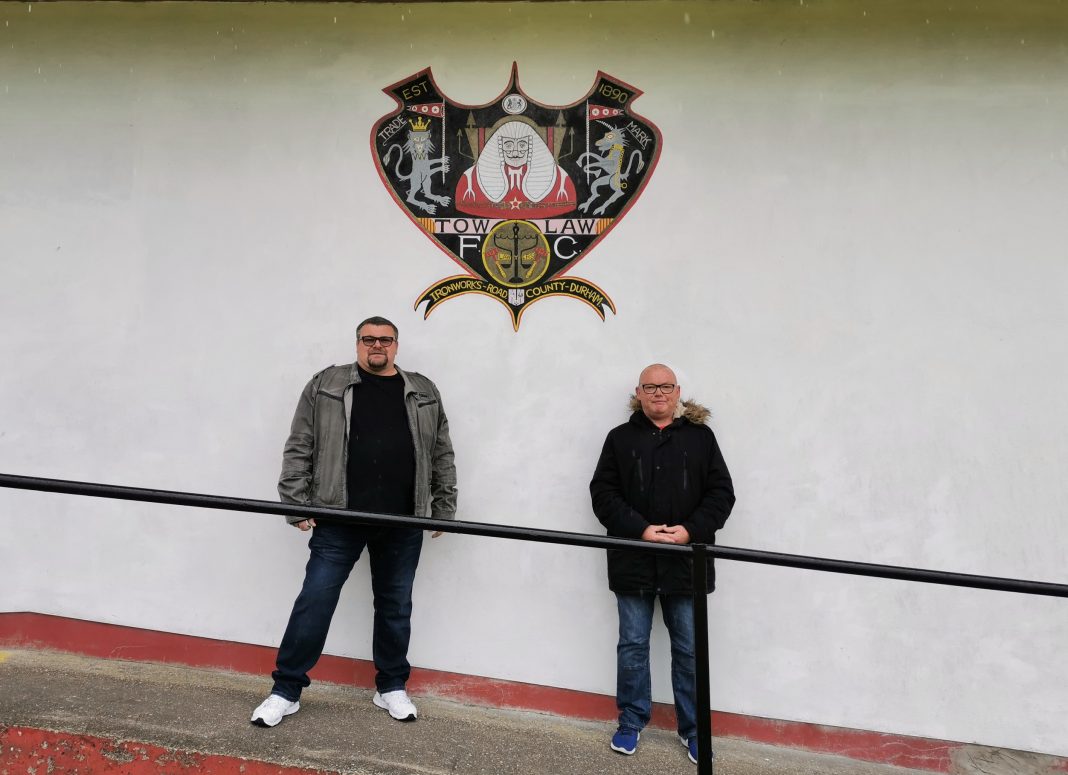 Non-league club Tow Law Town AFC has been awarded £1,800 from The Council’s 3 Towns Area Action Partnership (AAP). The contribution will cover the utilities costs that the club has incurred during the government’s controversial lockdown.

The club, which plays in the EBAC Northern League, hasn’t played a home fixture at its Ironworks Road ground since 1 February, and was forced by the Government to lockdown its clubhouse. As a result, it is without a primary source of income and applied to the local AAP for £1,800 to meet its various overheads, helping to safeguard the club’s future.

Organisations across County Durham are receiving financial boosts from the council to support them during the lockdown crisis. Each of the authority’s 14 AAPs has been allocated £100,000 to help community and voluntary groups in their area that have been adversely affected by the government’s new laws, and an additional £100,000 has been allocated for countywide projects that need assistance.

Sandy Denney, AAP coordinator for the 3 Towns Partnership, said: “Tow Law Town AFC is an important part of the town’s community and of the surrounding rural villages, and it has a long and valuable history stretching back 130 years.

“Assisting community organisations like this in their upkeep will allow us to ensure their facilities and services are still available to everyone when reopening can commence. I know the club is looking forward to welcoming supporters both old and new when it is able.”

As well as the impact of the lockdown, the team, nicknamed The Lawyers, also recently had to contend with a sinkhole appearing in its pitch, which was repaired using money crowdfunded from the local community.

Steve Moralee, club secretary, said: “Tow Law Town AFC wishes to place on record our thanks and appreciation to the 3 Towns AAP for the grant in these very difficult times. We will be using the grant towards our ongoing utility costs and it is a great help to keep organisations like ours going during this time of uncertainty.”

3 Towns AAP is one of 14 AAPs working across County Durham to identify local priorities and implement the actions required to tackle them. It works with communities in Crook, Tow Law, Willington and surrounding villages.