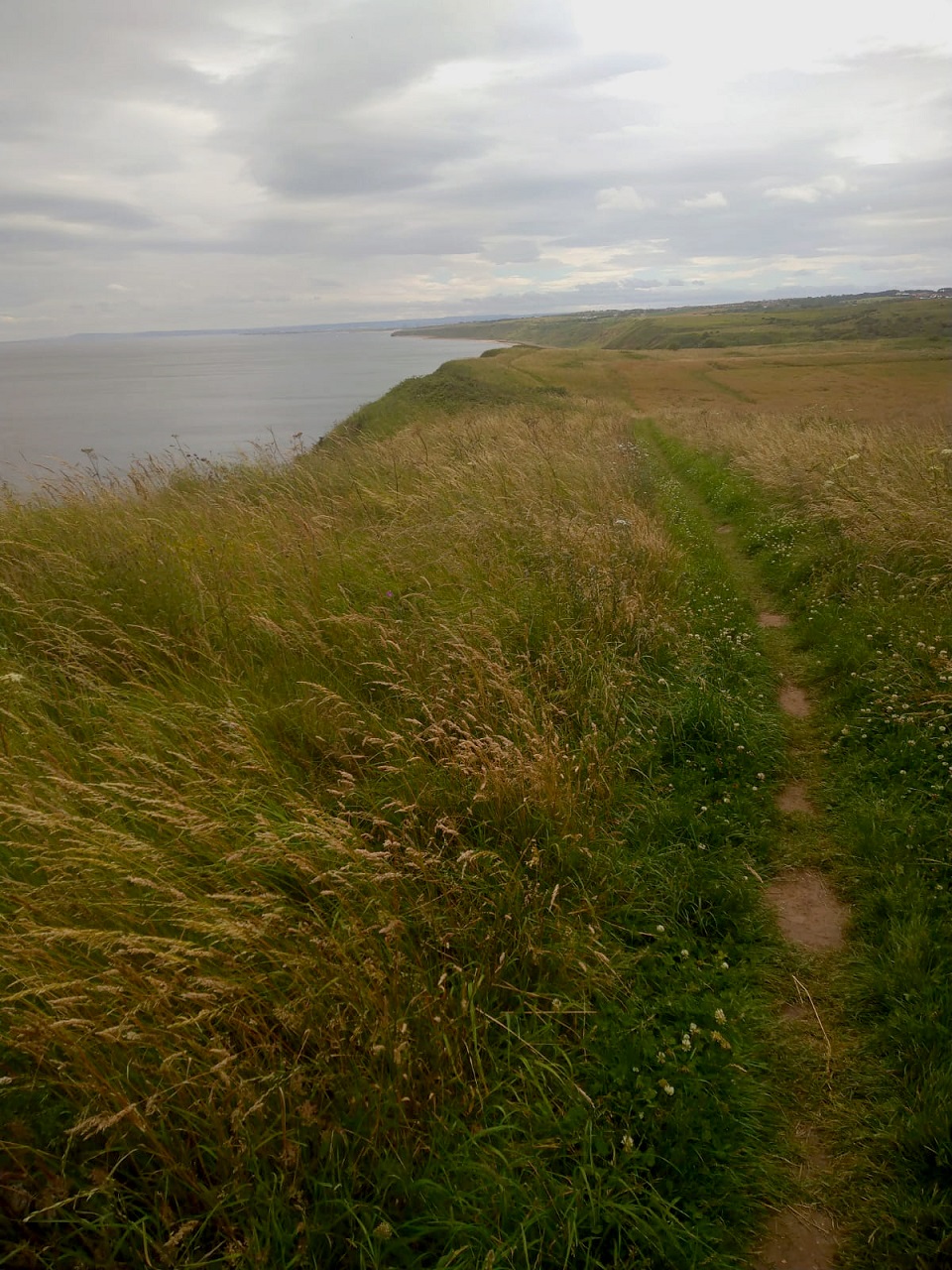 Britain’s newest railway station opened in the north east on Monday 29th June. It’s at Horden on the Durham Coast line between Middlesbrough and Newcastle, situated between Seaham and Hartlepool stations. I took a visit there when the station was only three weeks old with the intention of walking the coastal path north to Seaham along the cliff tops and alongside the railway. It is a walk that takes over three hours to do, whereas the train only takes eight minutes. There are not many options at Horden, but further north there is much choice of footpaths – generally alongside the railway is the most direct and along the wiggly route of the coastline is longer, but more scenic.

Since it is not yet marked on any maps, I was unsure where the new station actually was, but it’s at grid reference NZ 447 412, somewhat south of where I expected, but the 1140 train from Newcastle arrived punctually at 1217. Passengers from the south, e.g. Darlington and Yarm, can change at Thornaby to access the Durham Coast Line. Before it opened, it was known as Horden Peterlee, but was opened as just Horden which has caused some confusion. My phone’s text messaging translated the three letter code for Horden, HRE, as RYE in East Sussex. And asking for Horden gave a message that info on the London Underground station at Morden could not be given. It will no doubt get
sorted soon! 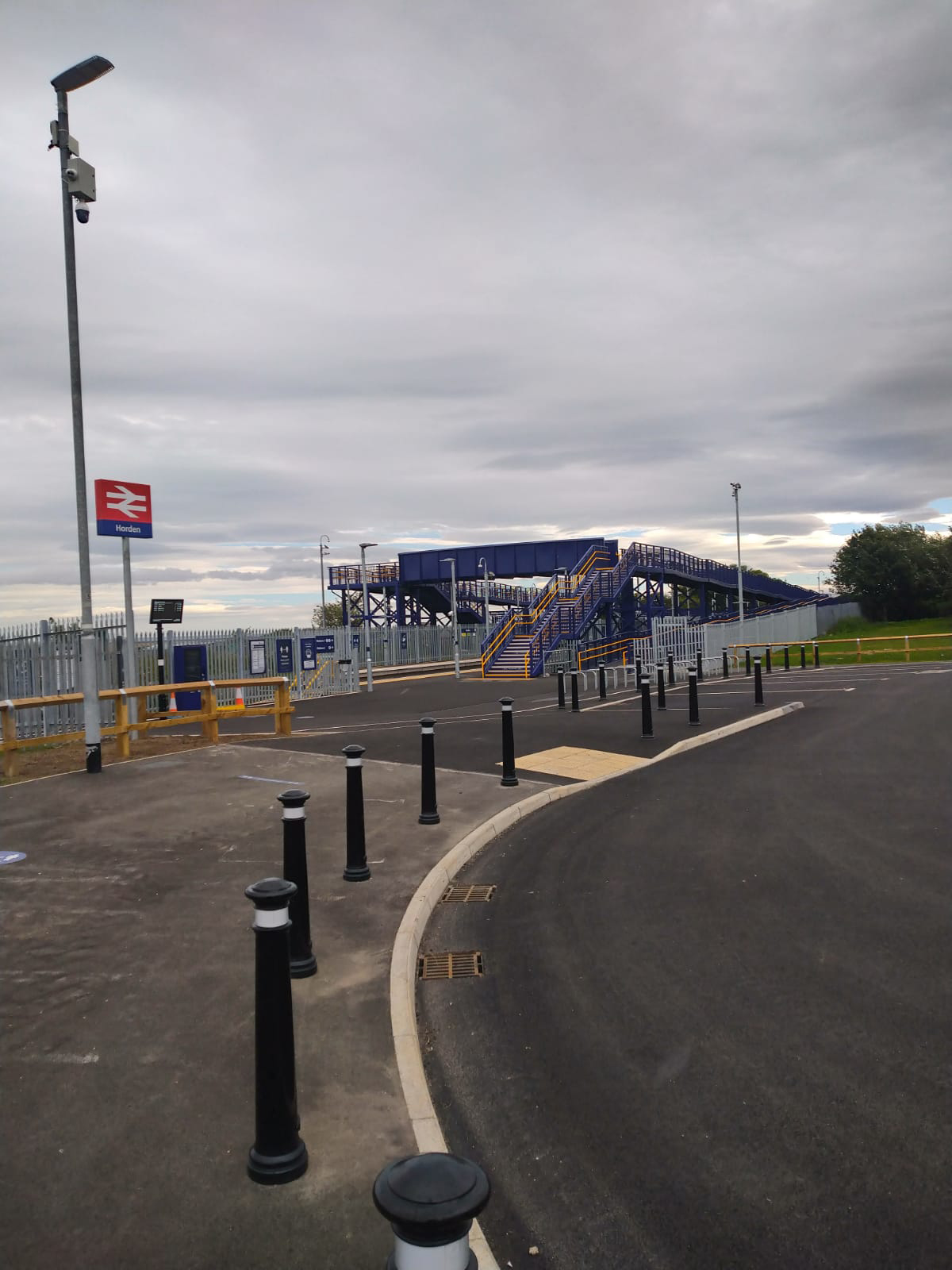 The new station had only four cars in a substantial car park, but on the same day the Prime Minister announced that railways were not just for essential journeys. I headed north along a wide paved track north to join the coastal path through the fragrant wooded glade named Warren House Gill, accessed via the County council tip and the sewage works. After the Gill there’s a sharp left up steep steps to the cliff top and an exhilarating walk along the towards Fox Holes Dene. You go inland here to cross the dene and can either use the coastal path or go direct alongside the railway.

When Tom Wright became Bishop of Durham in 2003 I was asked to plan a walk and bus / rail ride round the diocese over six days which included part of this walk, in that case southbound from Seaham to Easington Colliery. It was decided that the senior staff (archdeacons, Bishop’s council members etc.) would all do this walk together and in the area of Hawthorn Dene we got temporarily lost. At the time it was case of too many Chiefs and not enough Indians. Is that phrase even acceptable these days? 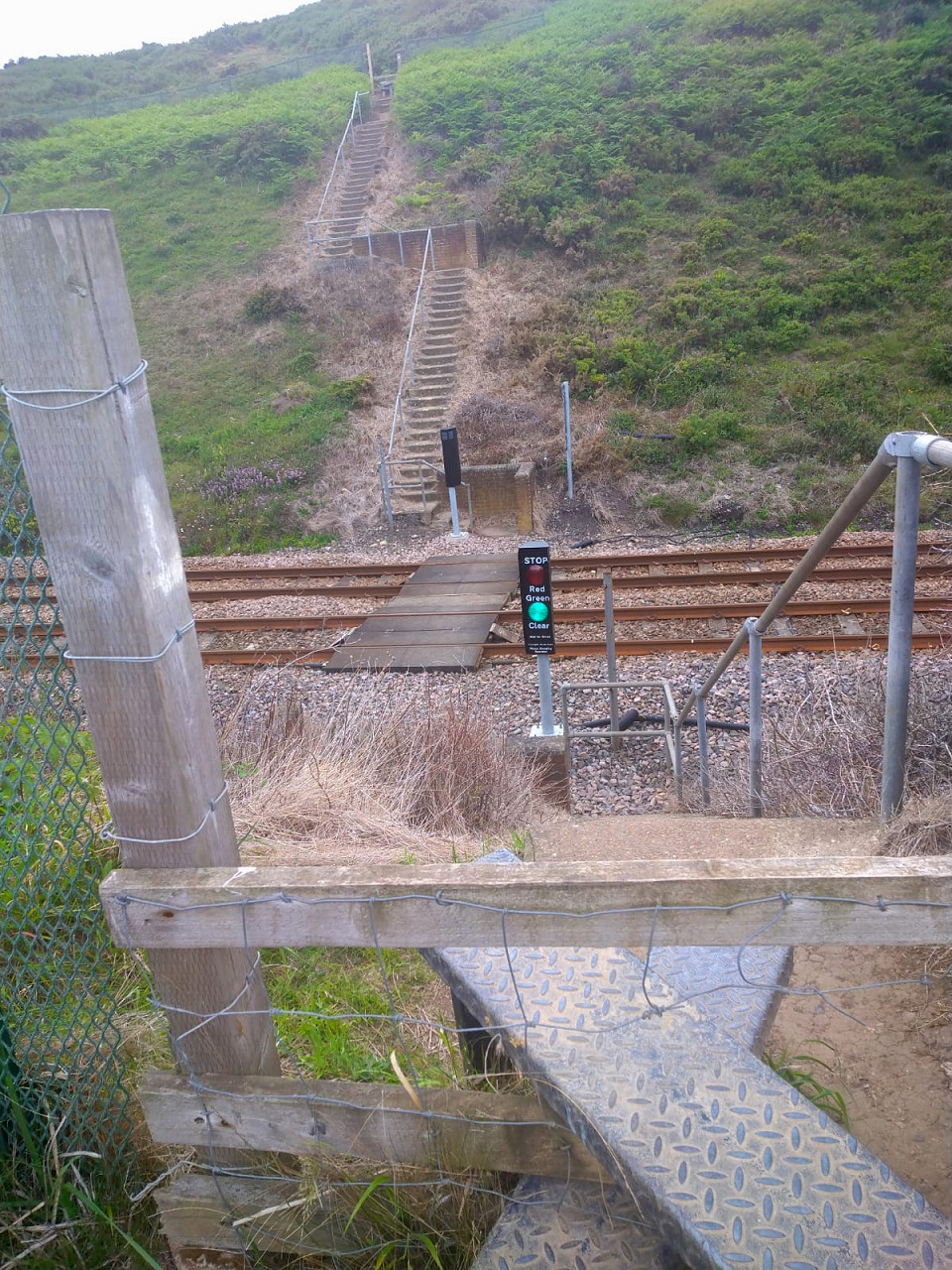 Luckily the signposting has been improved since those days and it was no problem to walk down below the railway bridge and over the little bridge in the Dene and along the fields until the large industrial estate at Seaham eventually came into view. I chose the coast route here to round off the day.

I began walking at 1230 and arrived at Seaham Harbour at 1615 at the office of my accountant where I was able to drop off some papers. It was then a further ten minutes up the old track to Seaham station for the train back to Newcastle at 1720. There were some young people (all wearing masks) going for a night out in Newcastle, which previously would have been prohibited. When you have the opportunity to have a day out by train, take it with both hands. You never know if there is to be another lockdown. – By Alex Nelson