I wanted a long journey last August to see how the railway was performing outside the north-east, so I went to tiny Silverdale in north Lancashire, out via Newcastle, Carlisle and Lancaster.

Returning the same way would have been cheaper, with a series of three off-peak returns, but I returned via Carnforth, Skipton and Leeds.  Silverdale is a rarity these days: a station where the passage between platforms is not by footbridge or subway but directly over the tracks, with no warning lights.

The route to Leighton Moss RSPB (Royal Society for the Protection of Birds) reserve and Leighton Hall is well-signposted, and before long I was on the straight track east across the reserve and up into the foothills beyond, arriving at the Hall in 50 minutes.

Leighton Moss boasts the largest reed bed in north-west England and is home to a wide range of spectacular wildlife including otters, bearded tits, marsh harriers, egrets and red deer.  I could have cheekily peeped into the RSPB  hides to observe the wildlife, but I pressed on, up through the field to Grisedale Farm and on the narrow paved road to Leighton Hall.  Free Ordnance Survey maps of this area (and anywhere in Great Britain) can be obtained at www.streetmap.co.uk.  Request postcode LA5 9ST. 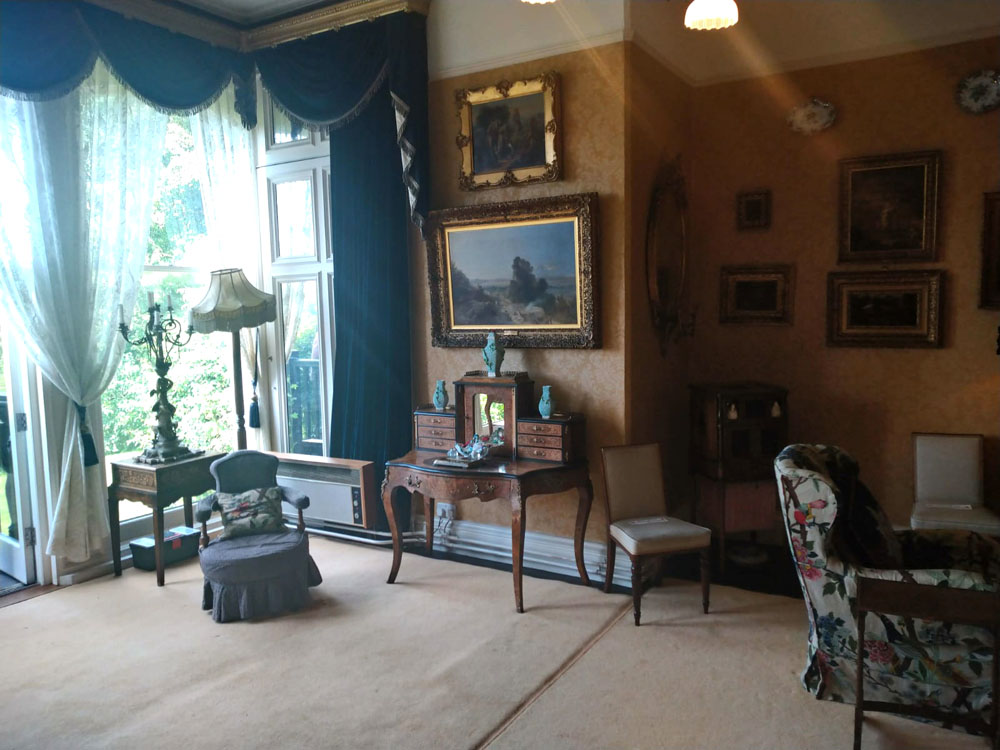 Leighton Hall is presently open on Thursday and Sunday 2-5 (groups on other days by appointment) and was not always as peaceful as today.  Owner Albert Hodgson became involved in the Jacobite rising of 1715, during which he was taken prisoner, and the house was burnt with Hodgson’s possessions confiscated.   The present house was built for George Towneley of Burnley, through his marriage to Hodgson’s daughter Mary in the 1750s, in Georgian style and passed to the furniture-making Gillow family in 1822 who remodelled the frontage in Gothic style using local white limestone.  It’s a comfortable home which the family open up,  but pre-booking is essential.   The woodland walk was informative, plus the walled garden which featured a large insect hotel and information from the gardener on how to promote wildlife.

Given how many country homes are closed to visitors right now as a result of COVID-19, whether it’s National Trust, English Heritage or private properties, I was pleased to go on the 15.00 interior tour, which was interrupted by a birds of prey display on the front lawns.  The tour resumed after the display finished so that visitors could enjoy the whole experience.  Most visitors seemed to stay the full three hours.   I finished up the last available strawberry scone in the tea rooms at 16.15, and went to collect my bag from the office of Mrs Reynolds, the current owner.. 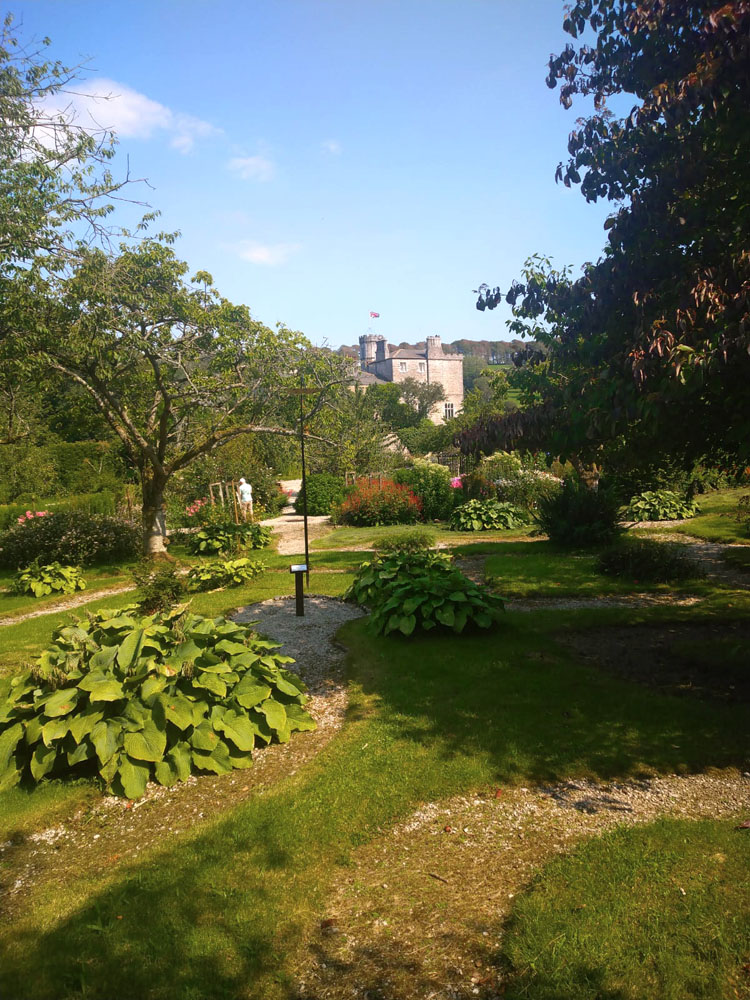 I retraced my steps back to Silverdale station through a field of inquisitive but not aggressive cows at Grisedale Farm, arriving at the station four minutes before the train. A few extra minutes in hand would have been less stressful!  Then south one stop to Carnforth, where unfortunately the iconic “Brief Encounter” clock as featured in the film, was away for conservation.

From Carnforth east to Skipton, which I had not ridden before as far as Giggleswick, and a cocktail in Herriots Hotel (very well organised for COVID-19) opposite the station at 1859 – just as Happy Hour was ending.  I later had supper in Leeds, to experience the one-way system introduced by Network Rail, and a coffee on the top floor Sky Lounge of the Doubletree Hotel near the station’s no longer new south entrance, and a late TransPennine train home to Chester-le-Street.