Home Entertainment Where are my Pyjamas? By Joyce Shaw 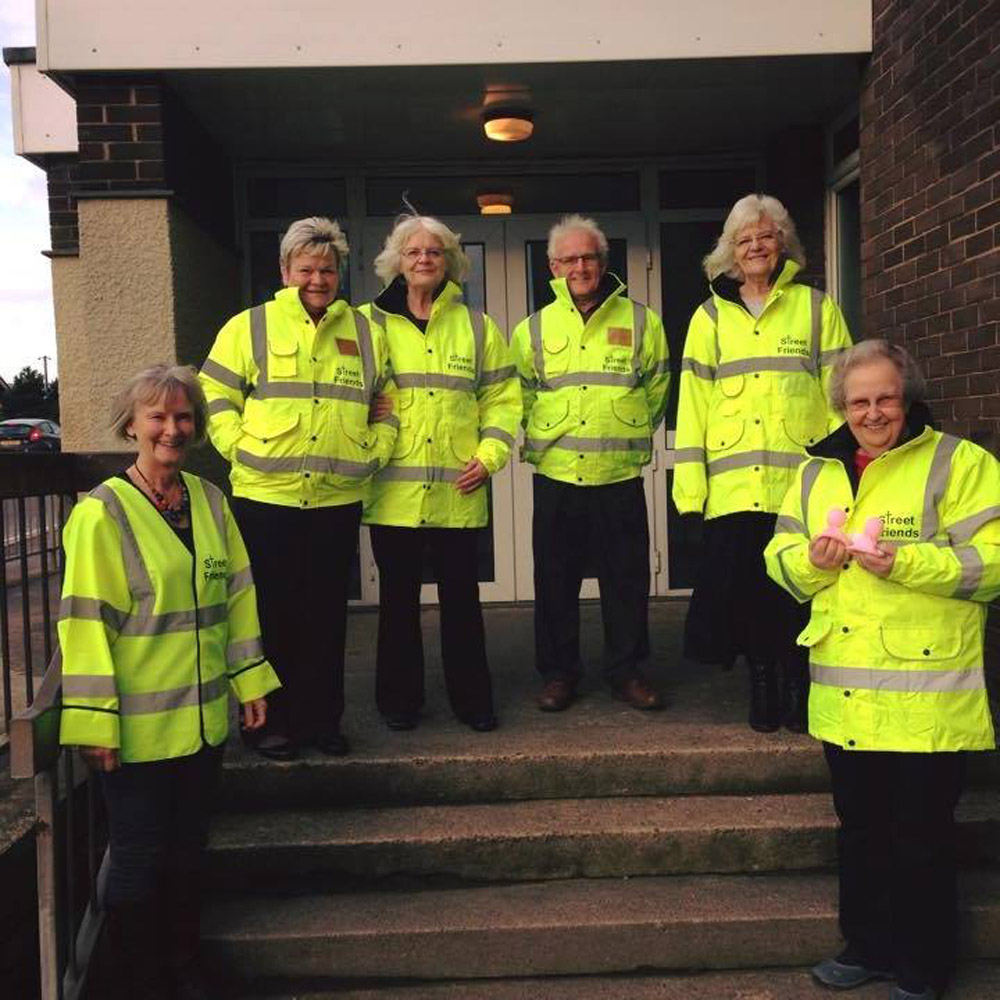 Why do I need to ask this question?

In 2013, a lady from a church in Delves Lane, had a vision that the young folk of Consett needed help when they went out enjoying themselves at night!! Talking to her friends she soon found that others, including myself, had the same concern. I would not want any child or grandchild of mine to be in danger, and getting drunk was a situation which could create danger..unable to take care of themselves, to get home safely or being left alone late at night in the cold. With great support and encouragement from the police, we formed a team called Street Friends based at Consett Methodist Church and other local churches… all the team having the beliefs and values of the Christian faith but not all church attendees.

We spend our night wandering the streets in small groups, keeping radio contact with each other and the police, and popping in and out of the pubs and clubs around Consett. Our high visibility vests for the summer nights, were soon replaced with thick padded hi vis jackets for the cold, and added into the rucksack were foil blankets for those needing protection against hypothermia…we became famous for the flip flops and slippers we gave out to girls who no longer could manage their stilettos, and these certainly stopped the cut feet which resulted in contact with broken glass from glasses and bottles on the pavements!

What do we do?

What we don’t do is first aid, but we give out water and help to get a taxi when needed, and talk to anyone who strikes up a conversation. We’ll look out for anyone left alone, keep an eye out for those in need of water or flip/flop slippers, or talk to the doormen. It is wonderful to be recognised and greeted by the regulars as they enjoy their night out.

The support has been fantastic as the project grew…we were given donations for buying water and flip flops, we were congratulated on the efforts we made, and other areas, as far afield as Norfolk, became interested in the work, wanting to know how to start similar work in their area.

I mentioned interesting conversations……most young people were amazed at our age, (we’re all at least 50+VAT!) as we patrolled in the small hours of the morning.
Do you work for the police? Do you get paid? (more amazement when the answers were No!!) They couldn’t believe that we volunteered because we were concerned about their welfare, and we were always treated with respect and gratitude.

Every time I was out, I was always met with ex pupils who recognised me and couldn’t believe I was wandering the streets so late at night!!! My response was that I should have been looking for my pyjamas to go to bed, not my overcoat at 11pm when we began our patrols!!

Covid soon stopped all the revelry in Consett, but life is now starting to return to normal and the night time economy will be back.

The team’s average age is very high and we are all nearly 2 years older since we last ventured out! We need to find like-minded people who would follow in our footsteps, giving a very worthwhile time of volunteering to the community. The reward lies in knowing that we have hopefully helped someone who could have faced a
very serious crisis….(in fact some parents have personally thanked us for helping their young ones.)

We need more help for our teams! There is no age limit above 18 years and everyone is trained and mentored before they officially work the streets. There is no obligation to fulfil a certain number of hours and we all look after each other. We are now hoping to begin a day-time Street Friends patrol where we can spend time mingling with shoppers, particularly in Middle Street, as the Covid crisis has highlighted loneliness and anxiety in our everyday living.

Volunteers are needed for this project too!

Both day and night time projects can be very rewarding and purposeful so why not give it a try?

There are no medals or financial gain in this, but each team member can honestly recommend the well spent time we give. It has put Consett on the map as a caring community.