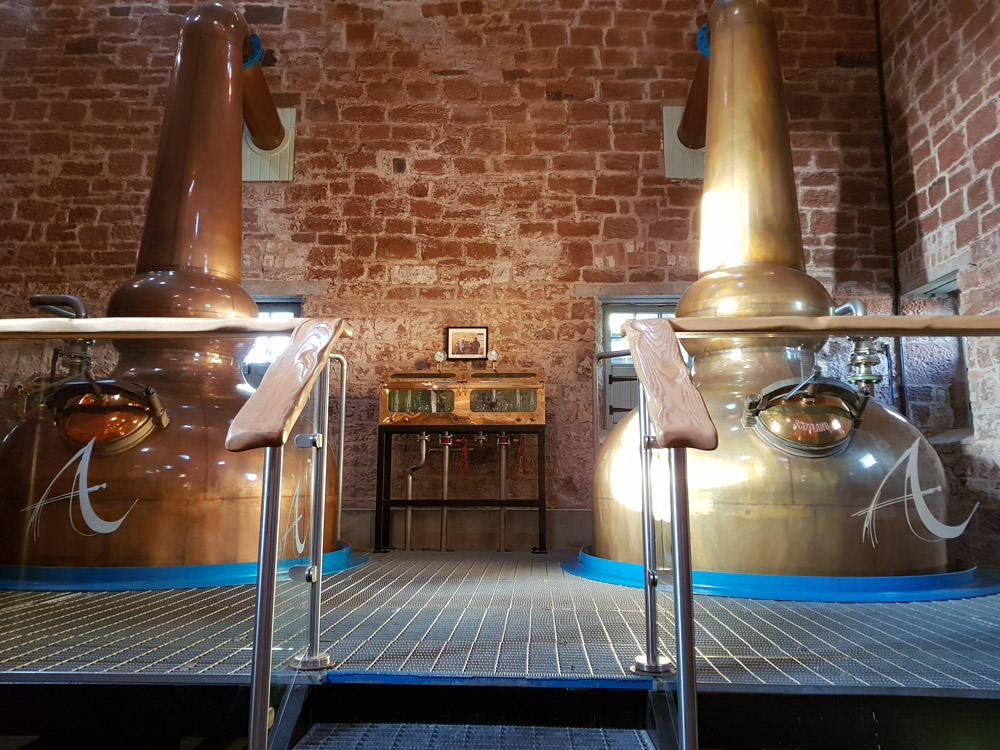 Annan is the first authentic Scottish town beyond the border.  You can get a real sense of being “abroad” in an authentic Scottish town, which now has its own distillery producing again after a gap of around 100 years. Split your ticket at Newcastle, from where there is a £24 off-peak day return.  From Chester-le-Street it’s £53.70 which you can cut in half by splitting.

The initial welcome to Annan can be quite disconcerting. Coming out of the station and heading straight ahead north into the town, you come across an abandoned, but Category C listed, derelict edifice, formerly known as the Central Hotel.  When I arrived in Annan on 2 June there were birds flying in and out of the broken first floor windows and curtains flapping from the upper stories in a spooky scene reminiscent of Disney’s Phantom Manor.  Any child with an active imagination would be mightily impressed.  No wonder the town council want the building, which is probably past restoration, taken down. 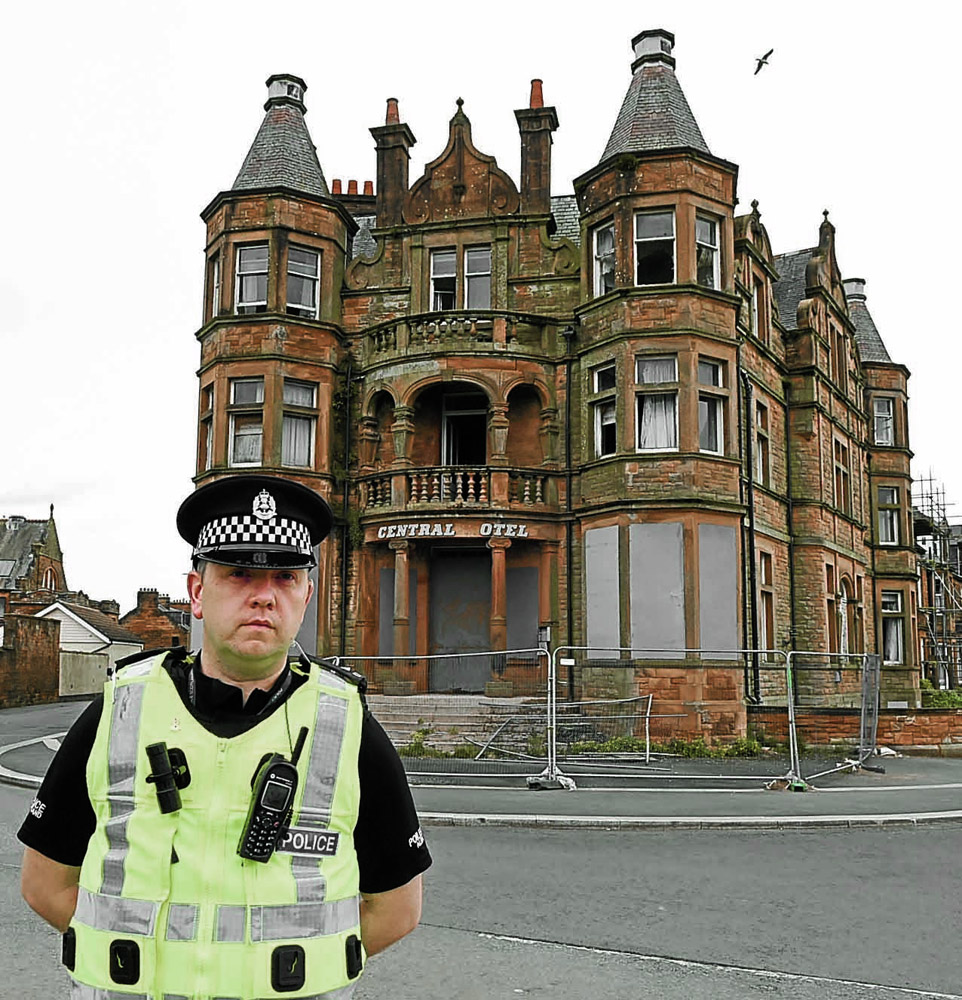 The rest of the town is much more attractive, with plenty of red brick buildings and plenty of interesting architectural details.  The distillery, a mile north, is reached by keeping to the right of the hotel and continuing ahead, crossing over the High Street to pick up the B722 north out of the town.  After passing the town football club and crossing over the bridge with the A75 bypass way below, then look for the brown signs left to the distillery.

The distillery is now in full production, based in a building first used as a distillery and which closed in 1918.  Tours are available to see the production process, with the obligatory and very welcome tasting at the end.  There’s a pleasant café serving food and the opportunity to sit in the courtyard and enjoy the pretty site.  Jim Murray’s Whisky Bible declares that “we have a truly world class distillery in our midst”, which produces the Man O’Sword, the smoulderingly smoky whisky named after Robert the Bruce, and the Man O’Words, Robert Burns.  I enjoyed my visit, and was pleased to learn that the owners of the distillery have a new project also related to the Bard, Robert Burns, in Dumfries, where they have been refurbishing the Globe Inn, which was the Scottish National poet’s favourite howff (meeting place/pub).  An opportunity for an overnight visit to Dumfries some other time, I think. 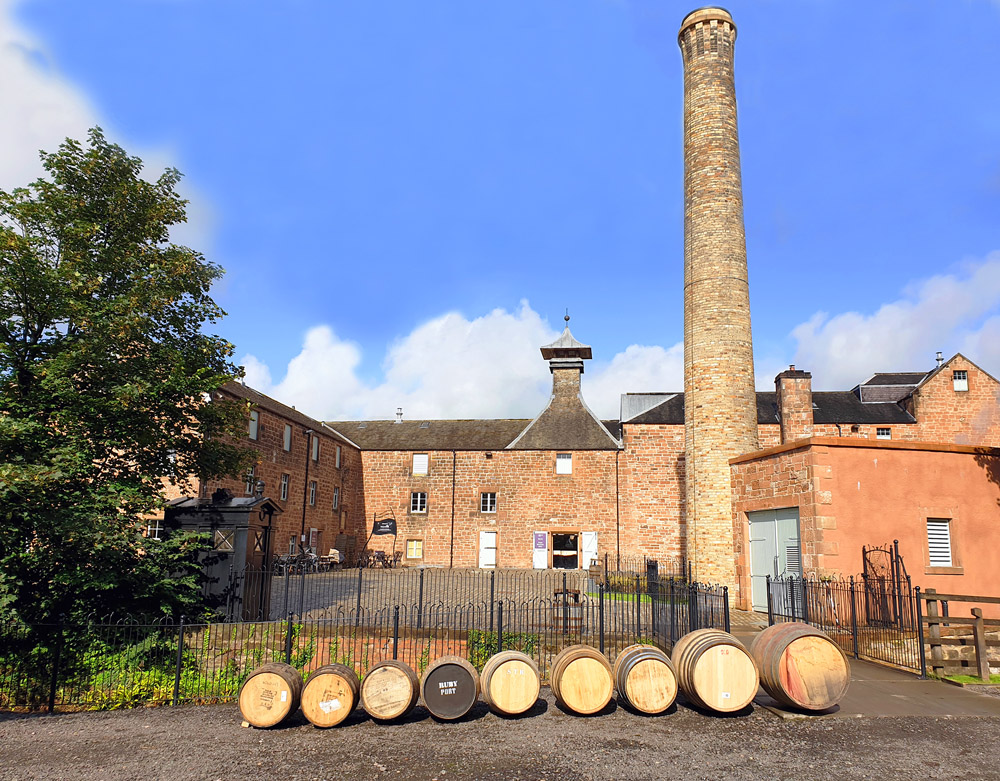 Retracing my steps into town, I reached the Galabank, the Annan Athletic Football Club ground.  There’s a path which goes round the back of the stadium and winds its way down to the riverside and is a very scenic way to get back to the town centre via the Ever Holm Park.  Annan’s High Street has a variety of shops and there are plenty of places to eat and drink.  However, allow time to see the Annan Museum which is normally open 11am to 4pm, but sometimes closes for half an hour at 1pm for staff lunch breaks.

Annan Museum is in a renovated former library, with permanent and temporary exhibition spaces located on the ground and first floors. Artists represented include George Wright (1851–1916) and William Ewart Lockhart (1846–1900). Lockhart is most famous for the painting commissioned by Queen Victoria entitled “The Jubilee Celebration in Westminster Abbey, June 21 1887, which took him three years to complete and is now in the Royal Collection. Finally, Annan’s innovative railway turntable can be seen in the National Rail Museum in York.

Get a free map of the area from streetmap.co.uk using the postcode DG12 6AW.