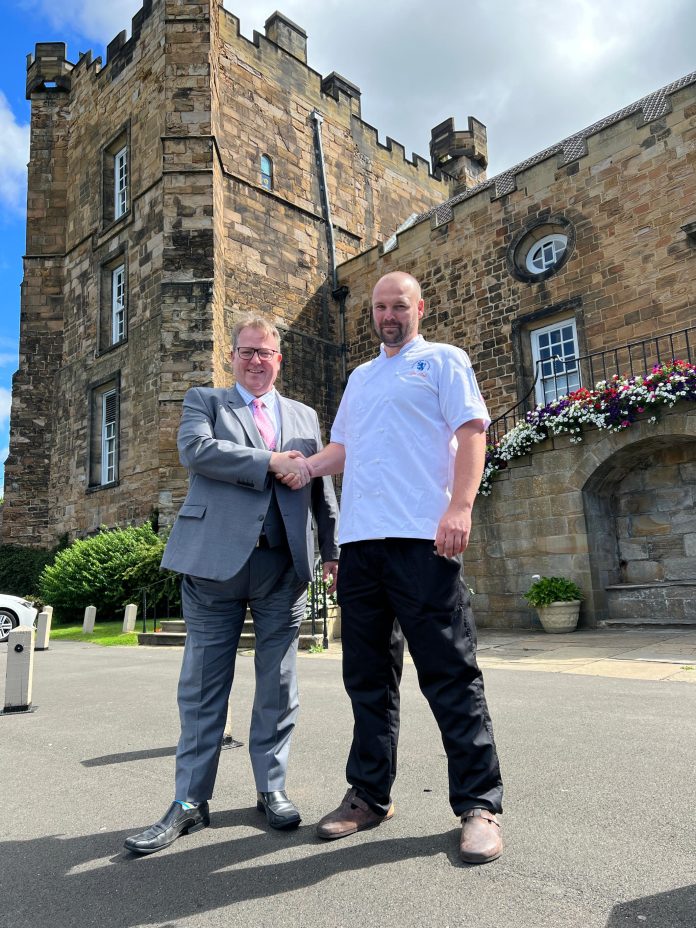 The head chef at the North East’s best hotel-in-a-castle has been invited to join the most select group in the industry. Jim Hall – who joined Lumley Castle Hotel, at Chester-le-Street, Durham, 12 months ago – has been awarded the title Master Chef of Great Britain.

This puts him in an elite group of 140 chefs across the UK.

Before joining the team at the castle, Jim worked in Jersey and in other leading hotels across the North East including Ramside Hall Hotel and Mal Maison.

Since taking on the role at Lumley Castle he has headed up the entire catering operation, including the hotel’s flagship Knights Restaurant.

Holders of the Master Chef of Great Britain title are viewed as ambassadors for the industry and also play a part in the training and development of future talent.

Along with supporting the young chefs who will be Master Chefs of the future they are expected to champion British food producers, growers, and manufacturers.

Jim, said: “It’s fantastic to be rewarded and recognised for the hard work I have put in over the years and its amazing to have been accepted as part of such an incredible and prestigious group of chefs.”

“We are all extremely proud of Jim for this achievement,” he said.

“He is a fantastic chef and he absolutely deserves this honour.”