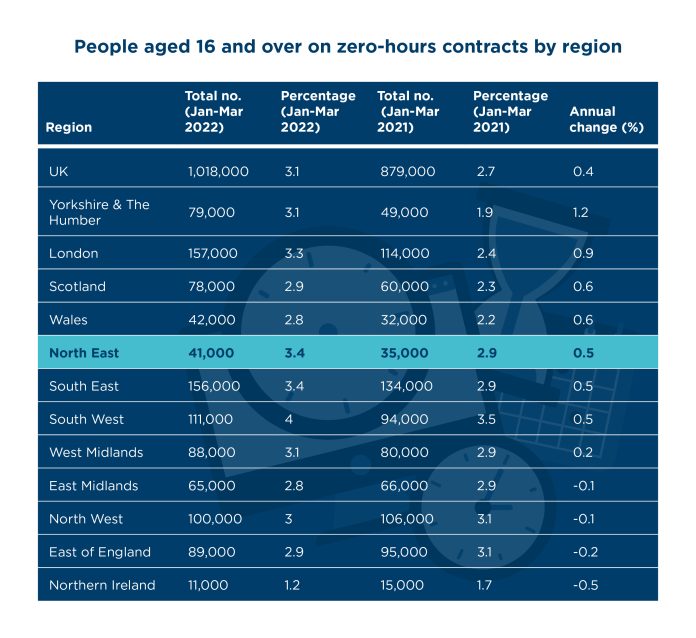 For those with a permanent zero hours, causal or term time only contract, the recent landmark legal judgment is a step forward in their employment rights.

According to the ruling, all employees and workers in the UK will now receive the same minimum level of paid annual holiday leave, regardless of how many hours they work. The Supreme Court was asked to rule over whether their leave entitlement should be calculated proportionally as full-time employees or whether it should be calculated by ignoring the weeks they do not work.

It ruled that the amount of annual leave for workers and employees who have a permanent contract which is in force for the full year but who are employed for some weeks of the year should not have their holiday entitlement calculated on a pro-rata basis. This is a significant development for the 41,000 North East residents that are currently in employment on a zero-hours contract.

Tina Chander, Head of the Employment Law Team at Wright Hassall, commented: “The Supreme Court ruling once again brings the topic of zero-hours contracts to the fore, as workers and employees are now entitled to a full year’s statutory holiday entitlement which is currently 5.6 weeks per annum.

“Generally speaking, zero-hours contracts are attractive to employers, employees and workers that prefer the flexibility to choose when they work, instead of having a strict full-time regime, which may not be wanted by either party.

“If you have a zero-hours contract, your employer does not have to give you any minimum working hours, and you do not have to accept any work offered. That being said, you can still be classed as an employee or worker. There are some significant

distinctions between employee and worker status. For example, if you are classed as a worker then you are entitled to national minimum wage, paid holiday, rest breaks, protection from discrimination and protection from whistleblowing.

“However if you are classed as an employee, you are also afforded the legal protection to not be unfairly dismissed, and you are entitled to statutory redundancy pay, so it is vital that employers and employees in the North East familiarise themselves with existing contracts and rights, especially in light of this recent development.”